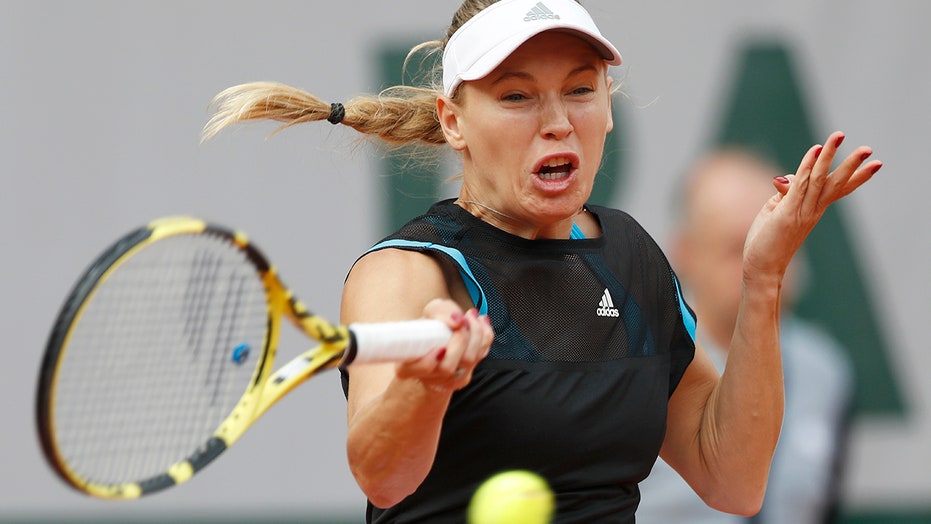 Fox News Flash top headlines for May 27 are here. Check out what’s clicking on Foxnews.com

Caroline Wozniacki went from playing a perfect set to start the French Open to quickly fading away against an opponent who had never previously won a Grand Slam match.

In a performance emblematic of a difficult season, Wozniacki, a former No. 1 and last year's Australian Open champion, lost Monday in the first round at Roland Garros 0-6, 6-3, 6-3 to 68th-ranked Veronika Kudermetova of Russia.

"Definitely wasn't the best match I've ever played," said the 13th-seeded Wozniacki, who had only 15 winners to Kudermetova's 40. 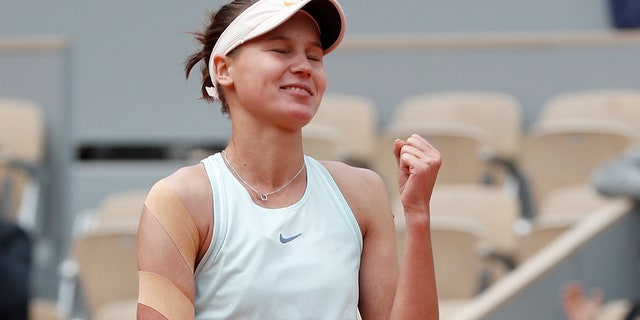 Russia’s Veronika Kudermetova celebrates winning against Denmark’s Caroline Wozniacki in three sets, 0-6, 6-3, 6-3, during their first round match of the French Open tennis tournament at the Roland Garros stadium in Paris, Monday, May 27, 2019. (AP Photo/Pavel Golovkin)

The way-up-then-way-down showing by Wozniacki stretched her losing streak to four matches and dropped her 2019 record to 9-8.

Another past Grand Slam champion dropped out of the field Monday when two-time Wimbledon winner Petra Kvitova withdrew because of an injured left forearm.

The left-hander said the arm had been bothering her for some time and during practice Sunday, "suddenly I felt the pain."

"I went to have an MRI, and, yeah, unfortunately, I have a tear in my forearm, which is not great," said Kvitova, who hopes to be ready for the start of Wimbledon on July 1.

In other action, Rafael Nadal began his bid for a record 12th championship in Paris with a 6-2, 6-1, 6-3 victory over 184th-ranked German qualifier Yannick Hanfmann, who played college tennis at Southern California. Nadal was a bit shaky in the very first game, facing four break points, but he saved them all — and didn't face another the rest of the way. 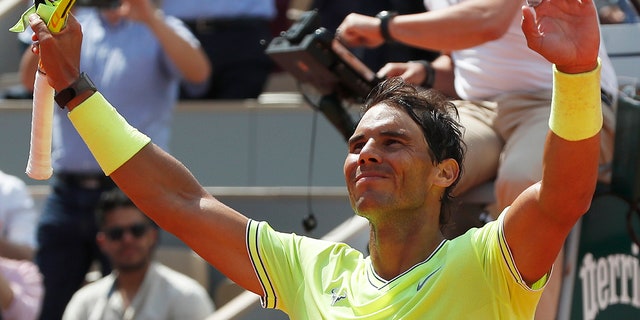 Spain’s Rafael Nadal celebrates winning against Germany’s Yannick Hanfmann in three sets 6-2, 6-1, 6-3, during their first round match of the French Open tennis tournament at the Roland Garros stadium in Paris, Monday, May 27, 2019. (AP Photo/Pavel Golovkin)

His feared forehand was not at its dangerous best, accounting for more unforced errors (11) than winners (nine).

"I had my match plan and, yeah, some of the things, they didn't work out well," said Hanfmann, who played college tennis at Southern California. "But, I mean, that's why he's as good as he is."

"Obviously very depleted and had nothing really in me," said Tiafoe, now 0-4 at Roland Garros.

Wozniacki's preparation for Paris had been hampered by an injured left calf, which was heavily wrapped Monday, but she said that was not an issue against her 22-year-old opponent. The Danish player also said she was not bothered by her rheumatoid arthritis, an autoimmune condition that can cause pain and swelling in the wrist and other joints.

"I played really well in the first set. I played aggressive. I played the way I wanted to play. And then I think she got very lucky at the start of the second set and took advantage of the opportunities she got," Wozniacki said, her chin resting on her left hand. "And then I think I just lost a little steam in the end." 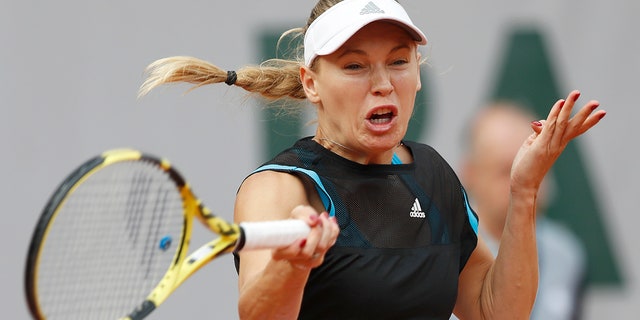 Denmark’s Caroline Wozniacki plays a shot against Russia’s Veronika Kudermetova during their first round match of the French Open tennis tournament at the Roland Garros stadium in Paris, Monday, May 27, 2019. (AP Photo/Pavel Golovkin)

She made only three unforced errors in that opening set, but 18 over the last two.

Wozniacki's results have not been the sort she is accustomed to. She made it to the quarterfinals and the fourth round in Paris in the last two years.

"I just have to try and stay positive, and obviously it's not as easy to stay positive when things aren't going your way," she added. "But I think that's when you really need to — and you need to just keep grinding."