James McDonald has heeded the advice of Hall of Fame jockey Jim Cassidy about how to hit the ground running after a long time out of the saddle as the premiership winner revealed he will return at a lighter weight than when he was banned.

The former Sydney premiership winner and Godolphin-retained rider will return from an 18-month disqualification for backing his own mount in a race with six rides at Warwick Farm on Wednesday. 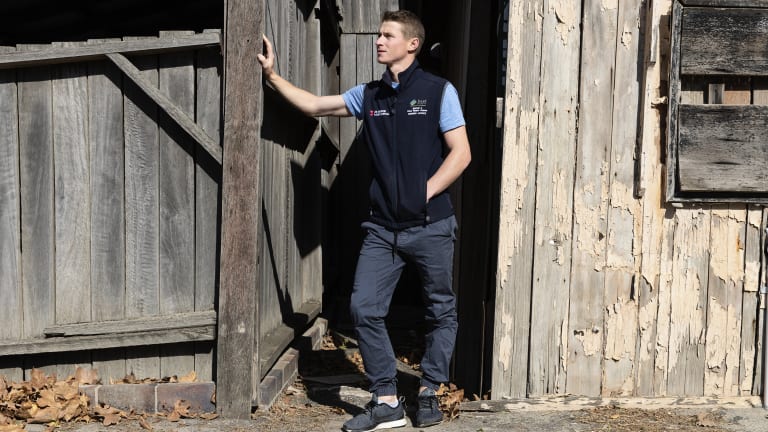 A hungry McDonald has already flagged the prospect of making a charge at the jockeys title next season, a lofty goal he has been encouraged to chase after talking to the retired Cassidy.

"I had a chat to 'Pumper' about coming back because he was the master of hitting the ground running," McDonald said. "He gave me a couple of pointers. He would ride doubles and trebles when he came back. I just want to get a winner as quickly as possible.

"I just want to remind people I can still ride. It is just good to be back riding after such a long time off."

McDonald has the backing of four mounts from Sydney's leading trainer Chris Waller while Randwick-based John O'Shea – the former head trainer at Godolphin – and John Sargent will provide his other rides in Sydney's south-west.

Waller was hamstrung in when he could use McDonald while he was tied up with Godolphin, but has taken no time throwing his support behind one of the most talented hoops in the country on his return.

McDonald revealed he has worked diligently on his fitness in recent months to return at a riding weight lower than when he was banned at the end of 2016.

"I had been working on my fitness and I’m lighter now than when I got banned," McDonald said. "But there is nothing like riding fitness. You don’t realise how much you really miss it until you get back riding work.

"The last six weeks I have been riding work and trials and just getting the feel of good horses, many of which have gone on to win. I just want to be the one in the saddle getting that winning feeling on raceday.

"Since I have been back I don’t think I have cantered one. They have all been gallops and you forget how hard that is on the body.

"When I saw what day I was coming back and saw it was Randwick I was quite excited because it is one of my favourite tracks in the world. But they have moved the meeting to Warwick Farm, which was a bit disappointing in a way. But I’m ready to ride anywhere."

McDonald will ride at Kembla Grange on Thursday and Rosehill on Saturday to cap a busy first week back in the saddle.