Geelong key defender Harry Taylor is among a group of big names Cats unlikely to return to AFL action until after the mid-season bye.

A persistent foot problem has limited Taylor to only three senior matches this year, and with the Cats getting a 12-day break after the following weekend's clash with Richmond, there's little appetite to rush him back. 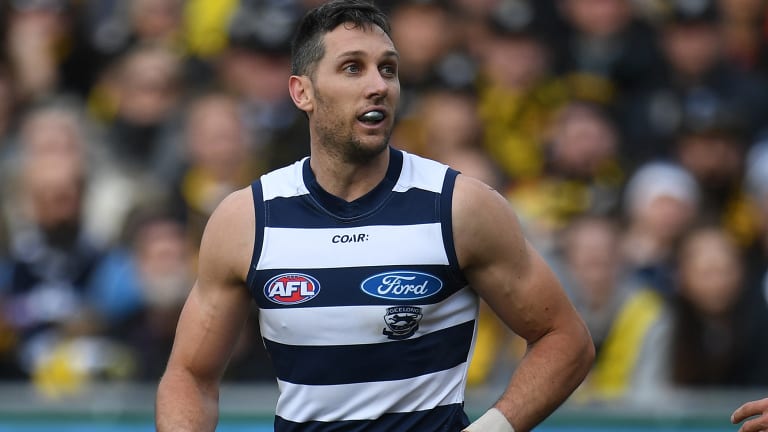 For one of the very few times in coach Chris Scott's tenure at Geelong dating back to 2011, the Cats are set to go in with the same line-up for two straight weeks when they face North Melbourne in a blockbuster clash at Kardinia Park on Saturday.

"We won't rule him out for next week, but it's something like nine or 10 days before our last game pre-bye and it is starting to get to the stage where you ask the question, 'is it worth getting a few guys back just for that one game when they're going to have the next week off anyway?'" said Scott.

Fellow central defender Lachie Henderson, Cam Guthrie and Scott Selwood are in a similar boat, although all three could well play in the VFL this week.

Forwards Dan Menzel and Nakia Cockatoo are also edging closer to a return.

In the continued absence of Taylor and Henderson, ultra-versatile Mark Blicavs is set to the get the big job on Coleman Medal pacesetter Ben Brown this weekend.

Meanwhile, Scott doesn't expect his observation that North Melbourne are performing above expectations this year to cause any friction at the next family function.

The Cats sit in fifth spot at the mid-point of the AFL season, roughly where most pundits expected.

The same cannot be said of the Kangaroos, with Brad Scott's team matching Geelong's 7-4 win-loss record after widely being considered a bottom-four prospect coming into the 2018 campaign. 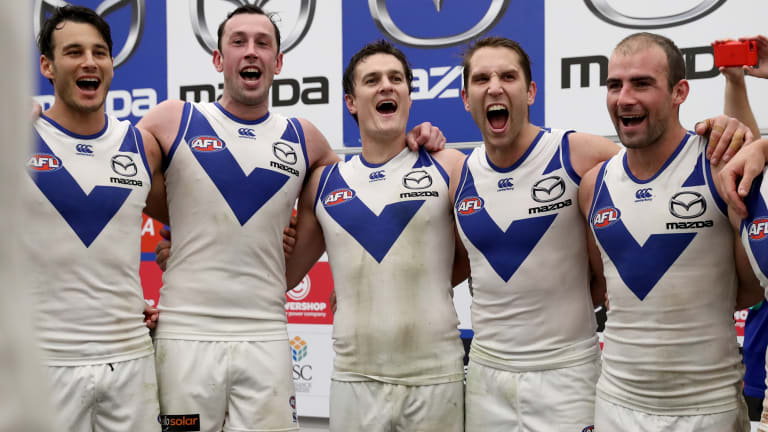 "I don't think my brother will be offended if I say I think they're going better than I expected – I think they probably think that as well," Chris Scott said on Thursday.

"I never had any any doubt that they had some good players and they run a good system.

"They just seemed to have taken a path that suggested it was going to take a little bit longer for them to be right up the top or competing for a position up there.

"(But) their form-line has been consistent over a period, so it's not a purple patch of form they've hit. They've been pretty good the whole season."