It's decision day for two of Godolphin's advance wave of spring challengers, English trained Jungle Cat and Folkswood, who will be looking to get Newmarket trainer Charlie Appleby's Melbourne spring campaign off to a flying start at Caulfield.

Jungle Cat, who rattled up a hat trick of wins in Dubai in February and March, carries top weight of 58 kilos in the Group 1 Sir Rupert Clarke Stakes.

Folkswood, third behind Winx in last year's Cox Plate, will also wear the number one saddlecloth in the race traditionally known as The Naturalism Stakes.

Both Godolphin raiders will be ridden by leading English rider James Doyle who, like Appleby (who arrived early Friday morning) is making a hit and run raid to gauge the strength of their spring carnival attack. Doyle will not arrive until Saturday morning.

Depending on how they fare, Appleby will tweak or reset their program with several different options on the table for sprinter-miler Jungle Cat and middle distance galloper Folkswood.

Should Jungle Cat give weight away all around in the Group one 1400 metre contest connections could – although Appleby stressed there had been no serious consideration yet – look at a late bid for an Everest slot for the seven year old, who won over the Everest's 1200 metre distance at Group One level in Dubai at the end of March.  Alternately he may be stepped up from 1400 metres to 1600 metres if Appleby thinks he will get the trip under Australian conditions.

While Folkswood has the 2400 metre Caulfield Cup as his primary target, Appleby said the way he runs could determine whether he continues on that route or stays in the 2000 metre range, where he ran so well against Winx and Humidor at The Valley last year.

Another of Godolphin's advance guard, Blair House, is in quarantine in Werribee and is due to step out the day after the Grand Final in the 1800 metre Underwood Stakes. His performance will determine whether he stays in the 1600-1800 distance range or goes up to 2000 metres.

Appleby said he decided that the Sir Rupert Clarke would be Jungle Cat's first Melbourne target  ''pretty much after his success in Dubai. 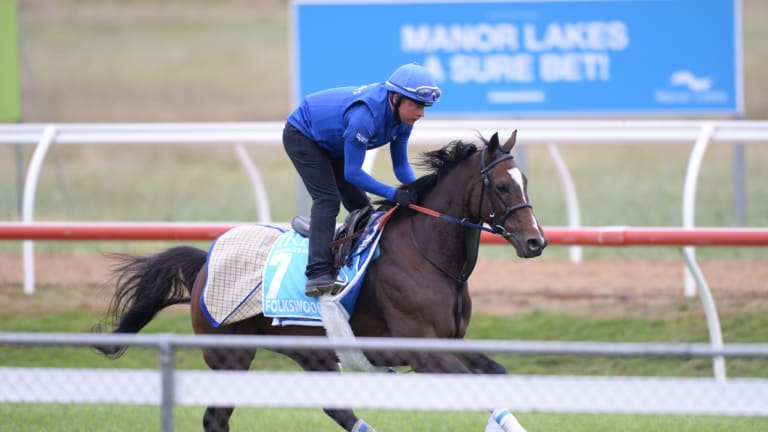 ''We just felt over the 1200 metres  back in the UK, we had Blue Point (a Royal Ascot winner for the team this year) and Jungle Cat had been tried and tested over six furlongs at top level. He had always run well, but never did get on the scoreboard.

''We felt stepping up in trip would be the gig for him and that this would be a nice race for him to raise his profile again. He goes well fresh. In Dubai he always goes very well first up.''

And what about the Everest?

"I am keeping options open in respect to whether he drops back to six, or if he runs well over the seven and we think he might get a bit further over here we might start to look at a couple of the mile options as well.''

Appleby has no doubt as to which will be the hardest to beat: his Godolphin stable-mates, former English galloper Home of the Brave, who has twice finished in front of Jungle Cat at Newmarket, and Osborne Bulls, both trained by James Cummings.

''Potentially on paper yes,'' he said when asked if they were the biggest barriers to success.

''Home of the Brave  has beaten us at Newmarket. We are lumping a penalty around tomorrow so he is definitely the horse we have all got to beat I feel.

''Folkswood is in great shape. I was very pleased with him before he left and the guys have been nothing but positive about him since he's arrived. I am expecting a big run from him.''