CELTIC made it a historic quadruple treble after a thrilling penalty shootout victory over Hearts.

The Hoops looked to be on easy street as they racked up a two-goal first half lead courtesy of strikes from Ryan Christie and Odsonne Edouard, but two second-half goals from the Championship side turned the showpiece on its head. 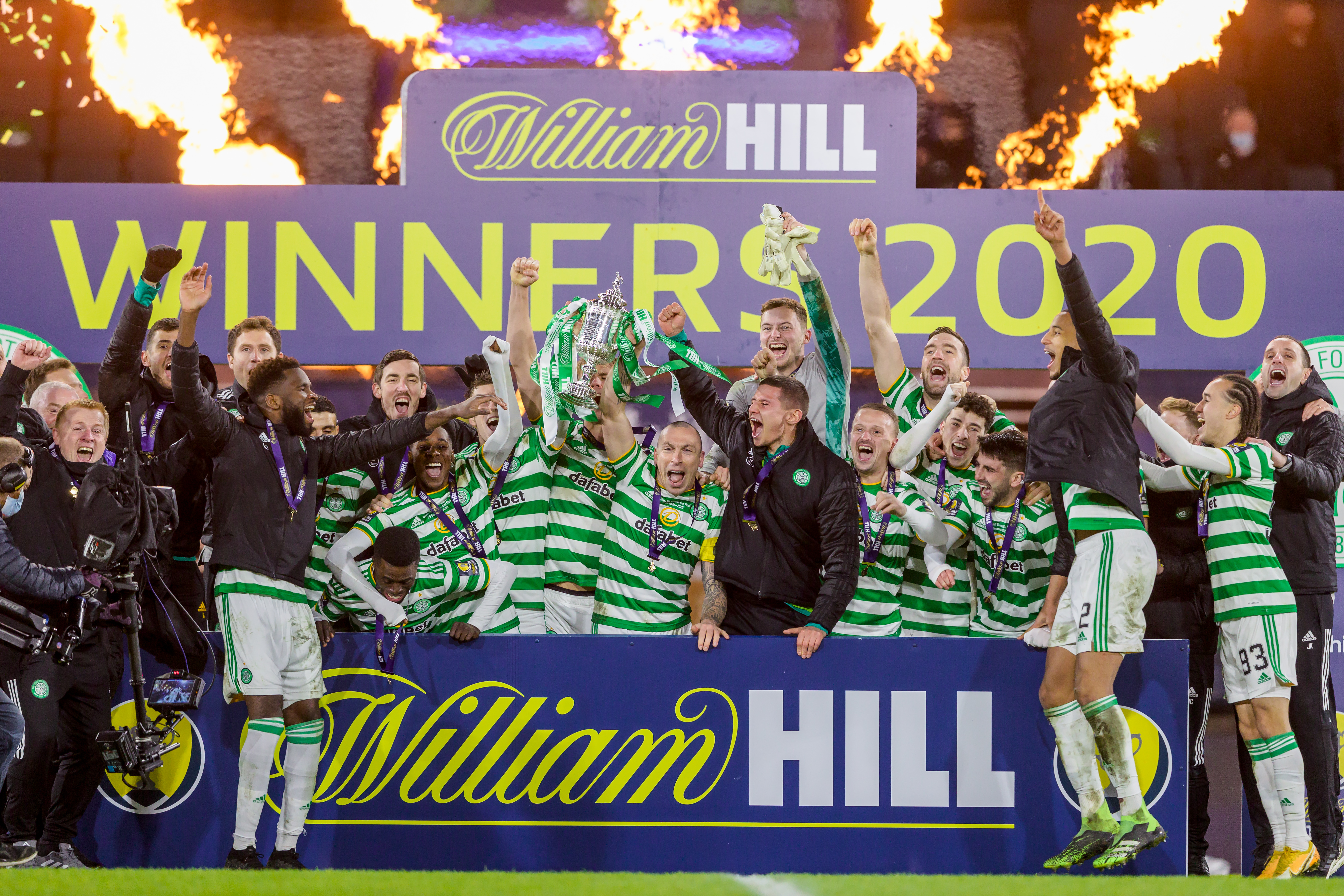 The Hoops made a dominant start but were made to wait until the 19th minute to open the scoring with an absolute stunner.

Latching on to a mistimed clearance on the edge of the box, Ryan Christie controlled the ball on the ground with his first touch.

And with his second, he fired a curling shot past Craig Gordon into the far corner of the net.

Celtic were noticeably fired up and both Scott Brown and Greg Taylor had chances to double the Hoops' lead.

However, it was Odsonne Edouard who eventually got the second goal with the cheekiest of finishes.

After winning a penalty due to Christophe Berra's handball, the Frenchman dinked the ball over former Celtic team-mate Gordon with a panenka.

The keeper was far from pleased and threw the ball at Edouard after picking it out of the net.

Celtic continued to dominate the game but Conor Hazard was forced to stop Liam Boyce late in the half. 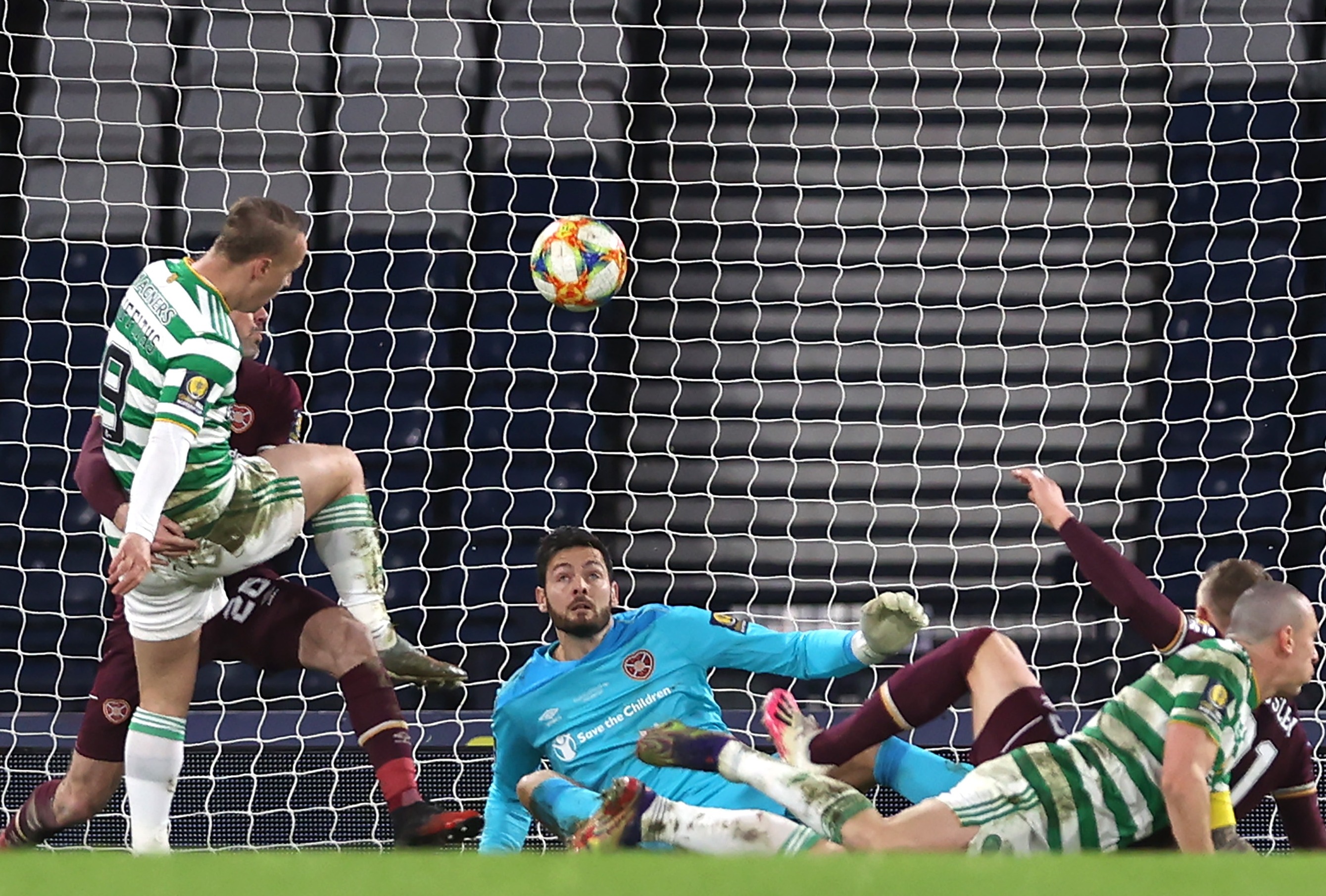 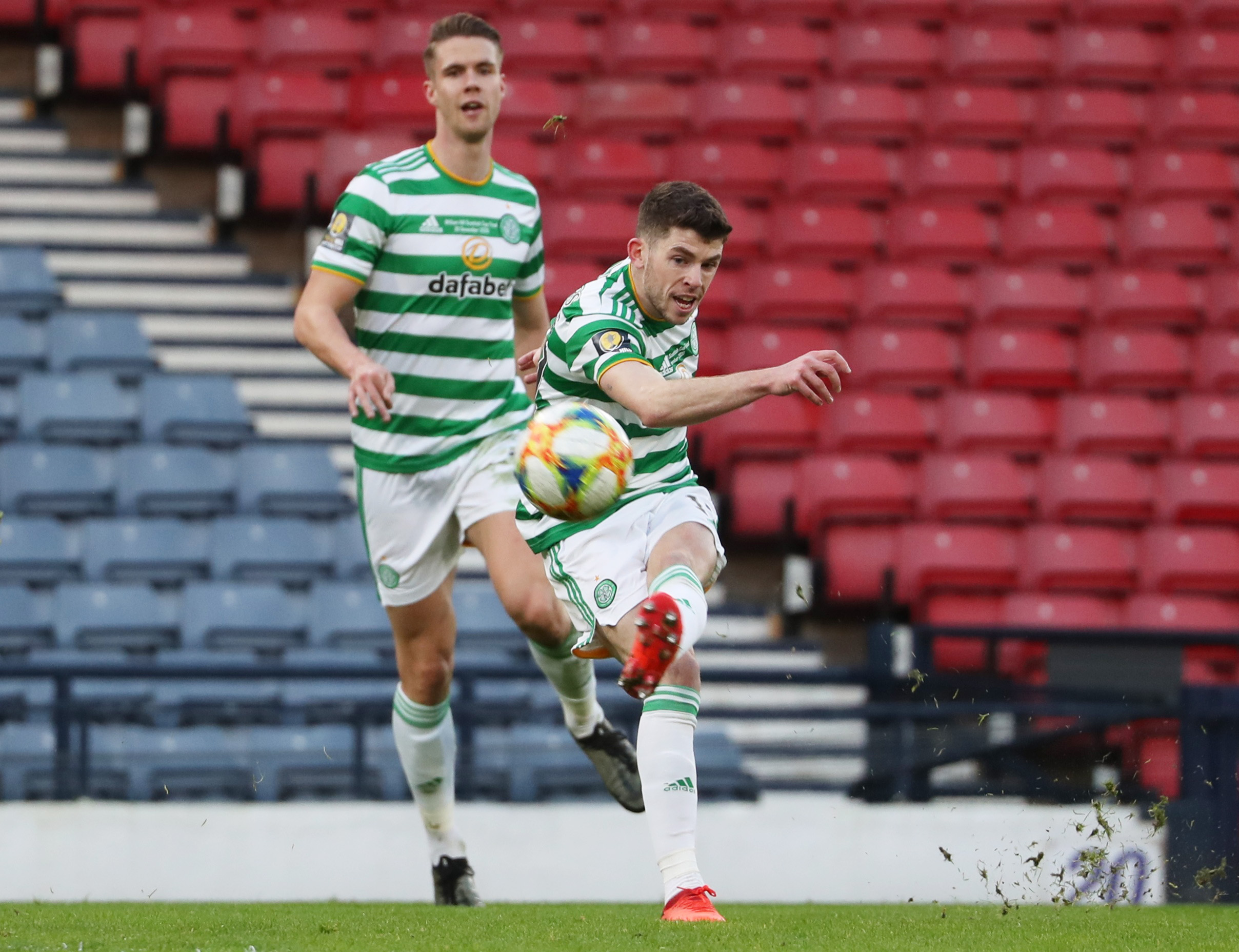 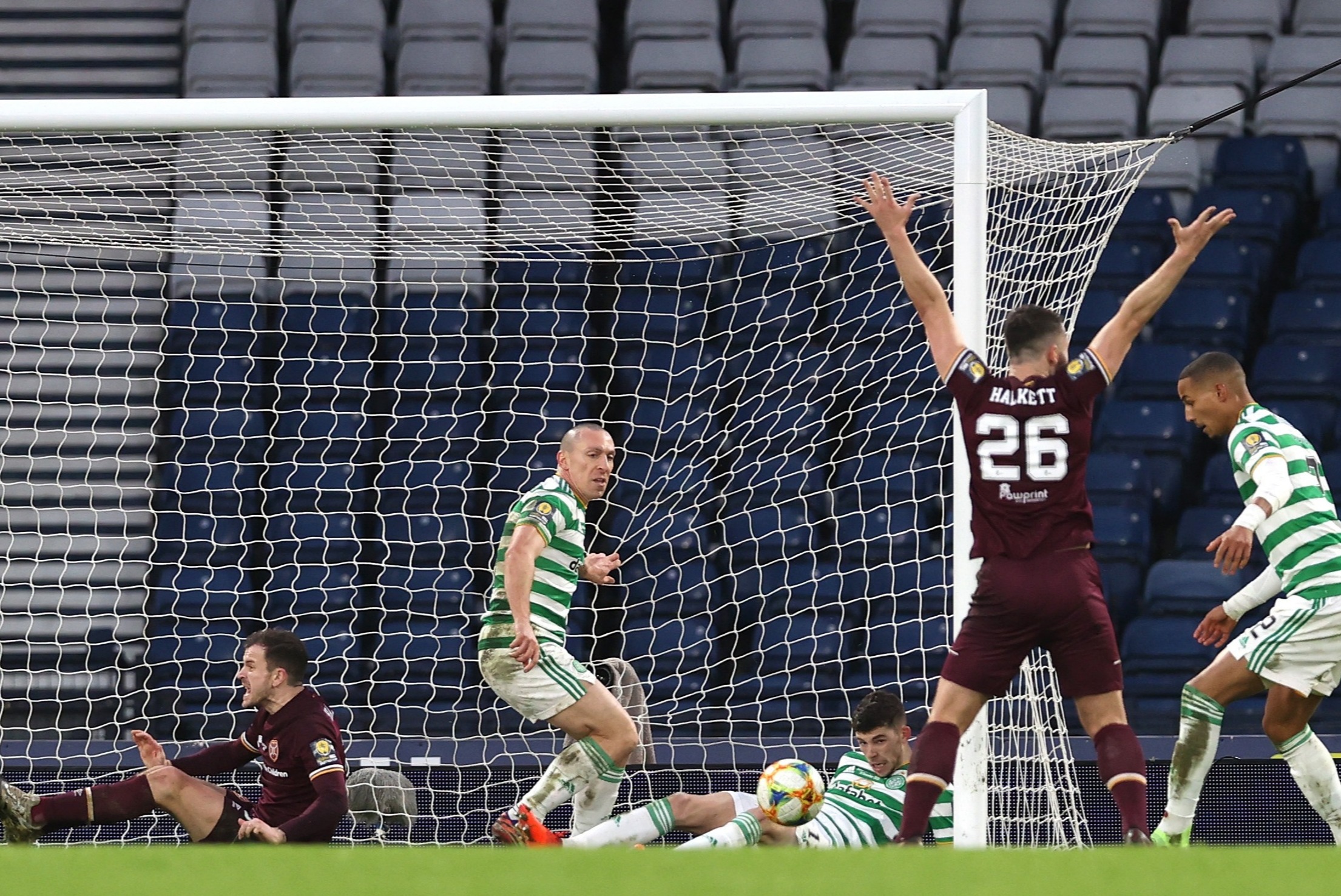 Going in at half-time, Celtic would have been forgiven for thinking they would storm their way to another Scottish Cup triumph.

Hearts appeared to change their shape for the second half and were rewarded with less than two minutes back on the clock.

Andy Halliday played a cross into the box and Boyce rose above the Celtic defence to head it past young keeper Conor Hazard.

Hearts really turned the pressure on after this and constantly put the Hoops defence under threat.

Their next best chance came through Josh Ginnelly, who took advantage of a defensive howler between Christopher Jullien and Shane Duffy to run through on goal.

However, Hazard was able to get out and block his shot in time.

Steven Naismith was later able to run into Celtic's box and his shot was cleared only as far as Michael Smith, whose cross was then cleared for a corner.

And Hearts' second-half performance up to this point was rewarded from the resulting set-piece.

Ginnelly fired the ball into the box and Stephen Kingsley was able to head the ball over the line.

It was quickly cleared away in the midst of the scramble but the referee pointed to his watch to show that goal-line technology said it was in.

After this however, the game quietened down and there weren't as many chances as there had been earlier in the proceedings.

Some players started to pull up with cramp, with Hearts ace Aidy White ultimately having to be taken off.

As it went on, it looked like both sets of players were just preparing for extra-time.

But Ginnelly had a great chance to win it for the Jambos when the ball was cut back to him in the middle of the box.

Unfortunately for Hearts this time, he fired the ball high over the bar.

We then went into extra time – as this seesawing final swung both ways again.

The on-loan Preston winger finished bravely at the far post after Kingsley had kept the chance alive.

Proceedings then went to penalties, with Naismith scoring first for the Jambos, before Griffiths levelled for 1-1.

Michael Smith and Callum McGregor then converted, before Olly Lee made it 3-2.

Gordon then saved from Christie – but Hazard did likewise from Kingsley's subsequent effort.

Kris Ajer then smashed home to seal the quadruple-treble for under-pressure Neil Lennon. 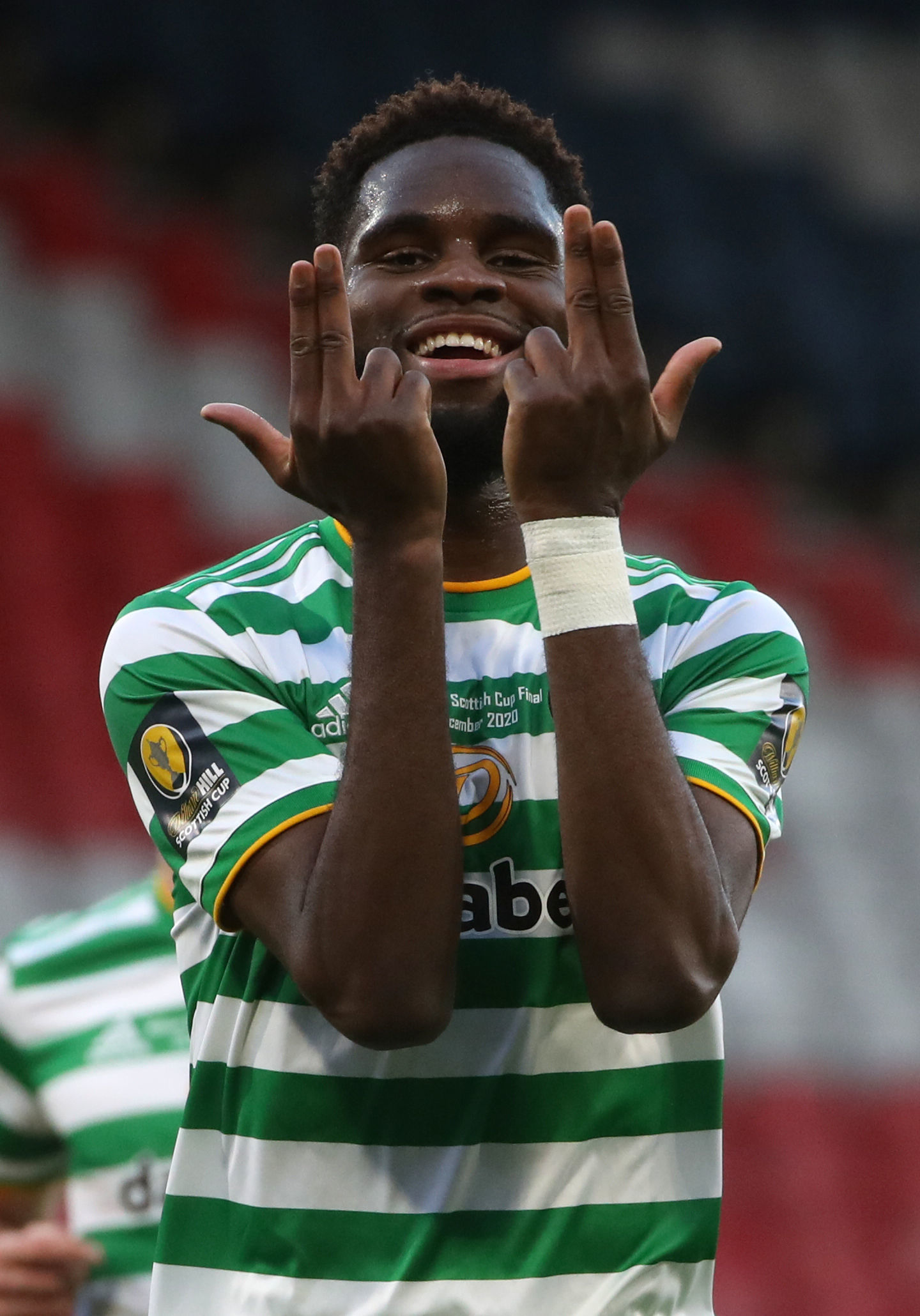 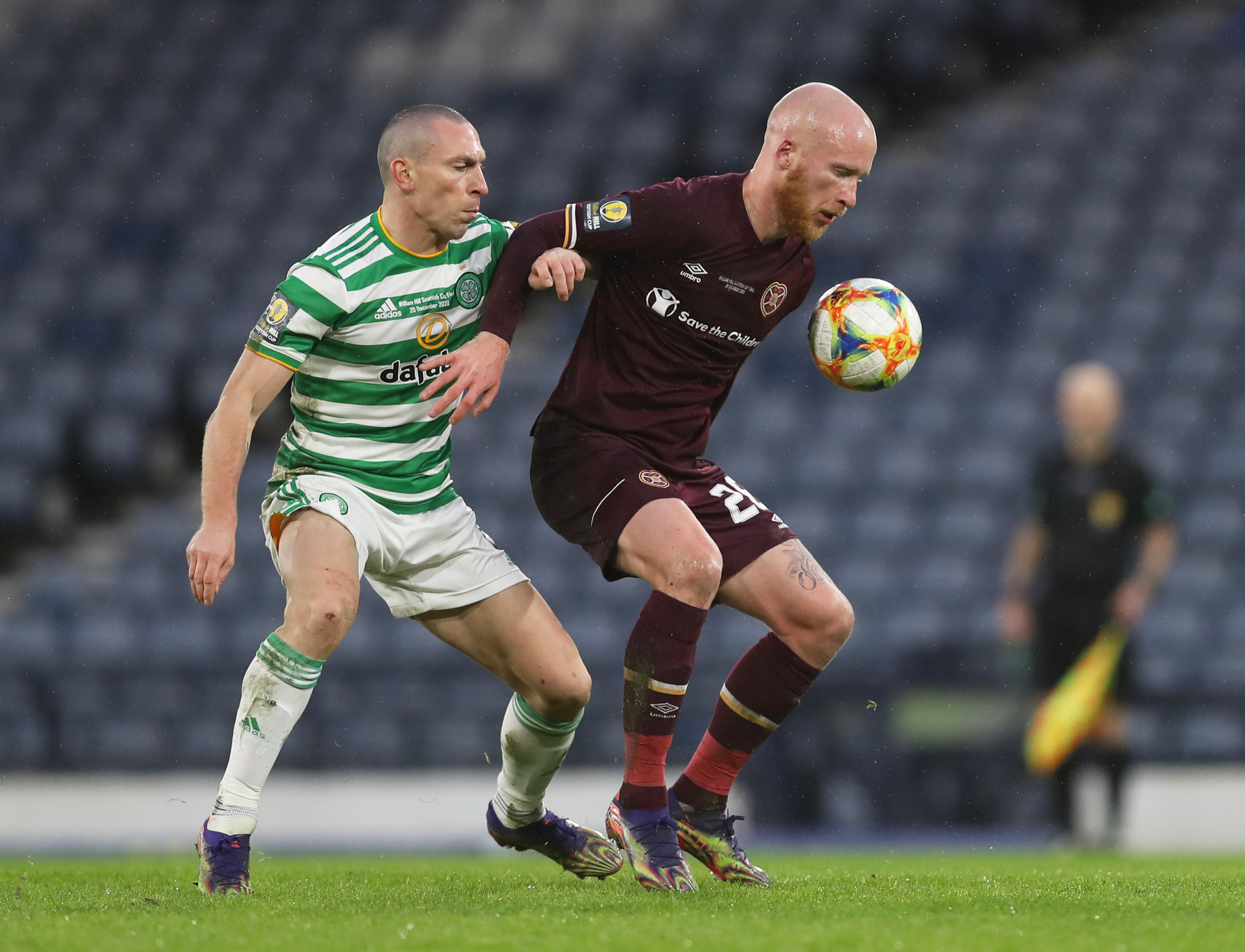 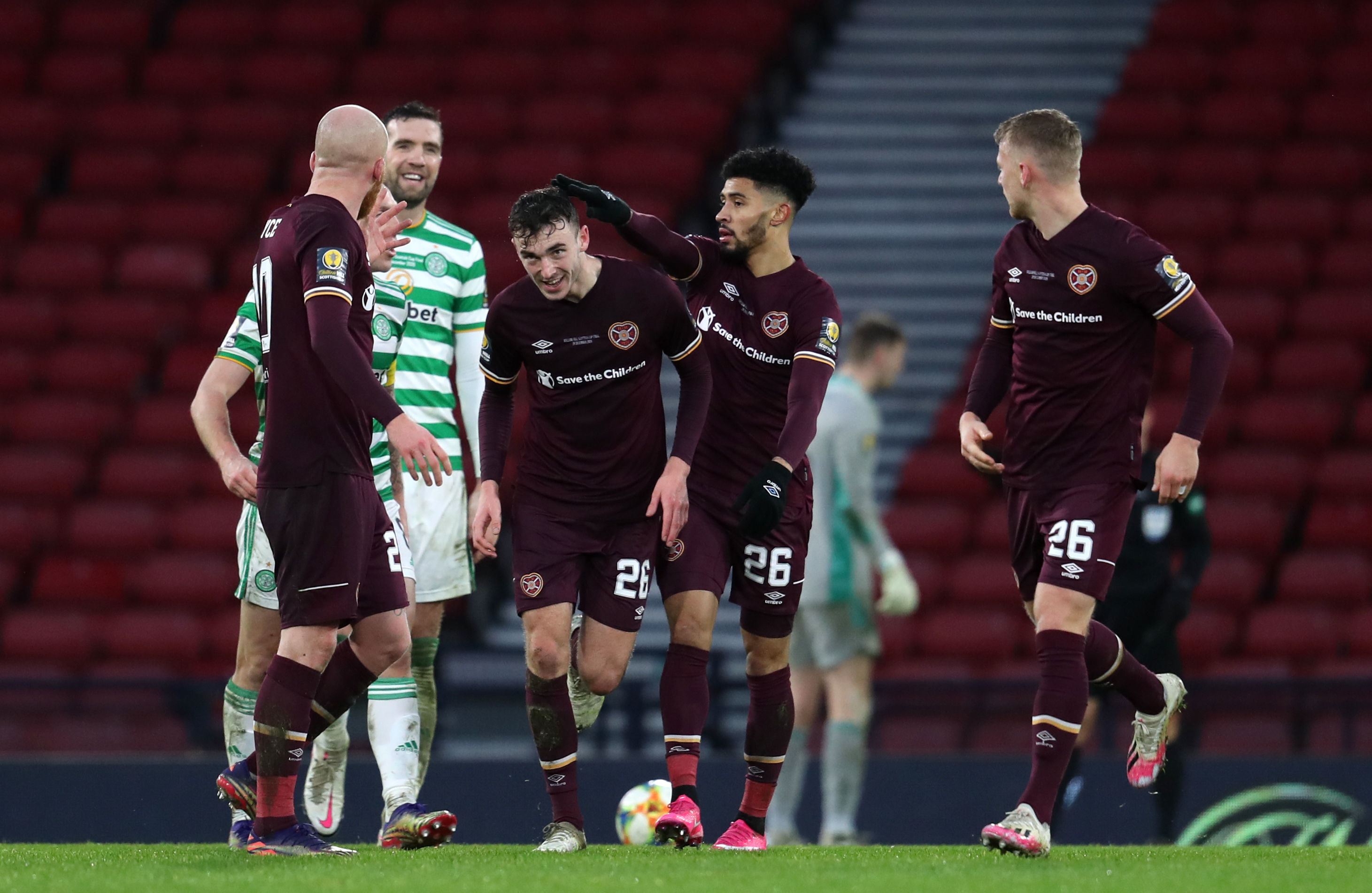