Mata wound Azpilicueta up for 'diving' and then helped him to his feet before the pair embraced and laughed it off. 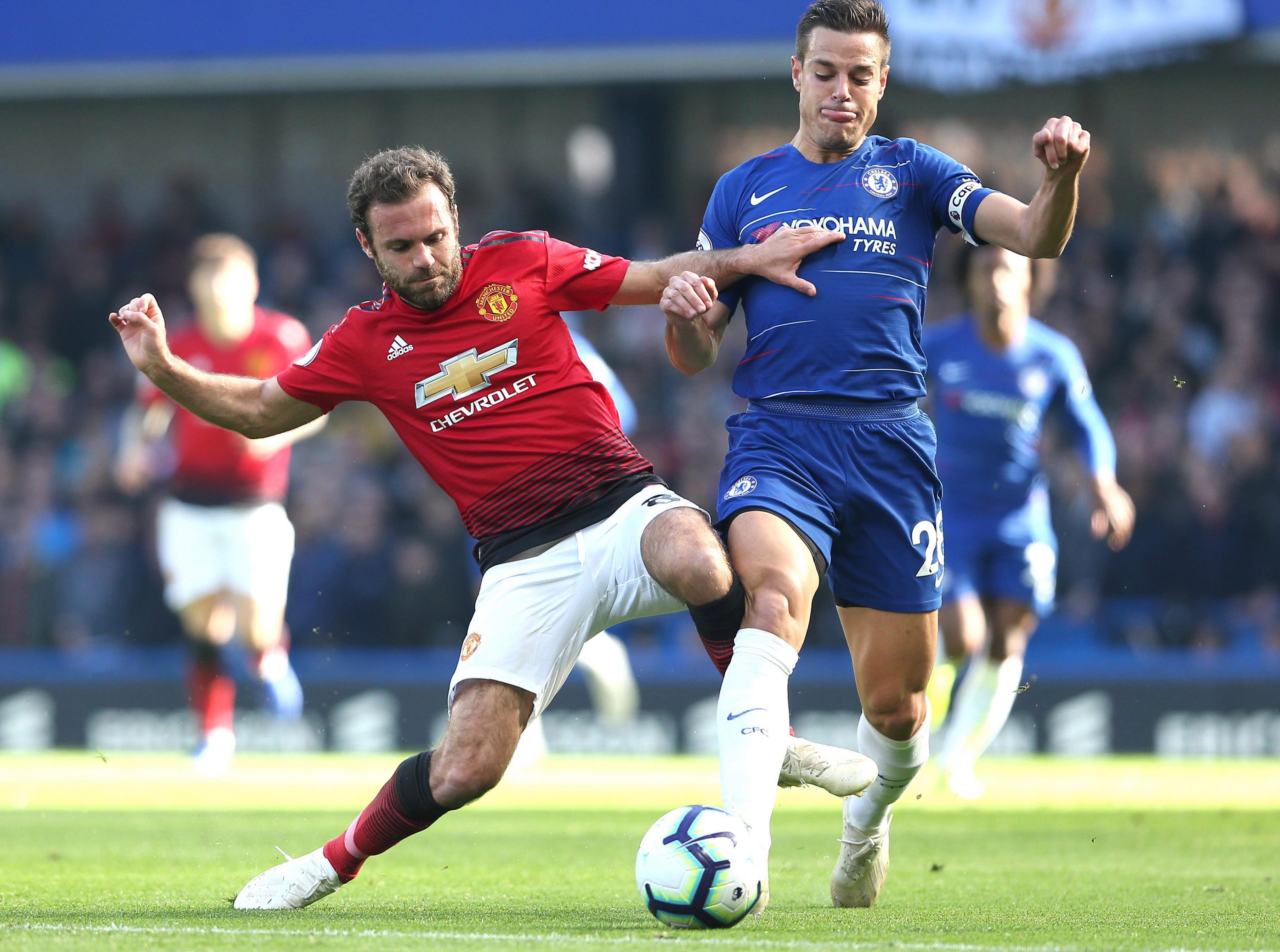 Mata may have got a booking for the tackle, but Azpilicueta reacted well to the challenge when he realised it was Mata that had tackled him.

The pair were former Chelsea and Spain team-mates so were able to laugh about the incident.

The look that Azpilicueta gave Mata was even compared to the shocked look that someone gives a puppy when they bite their hand. 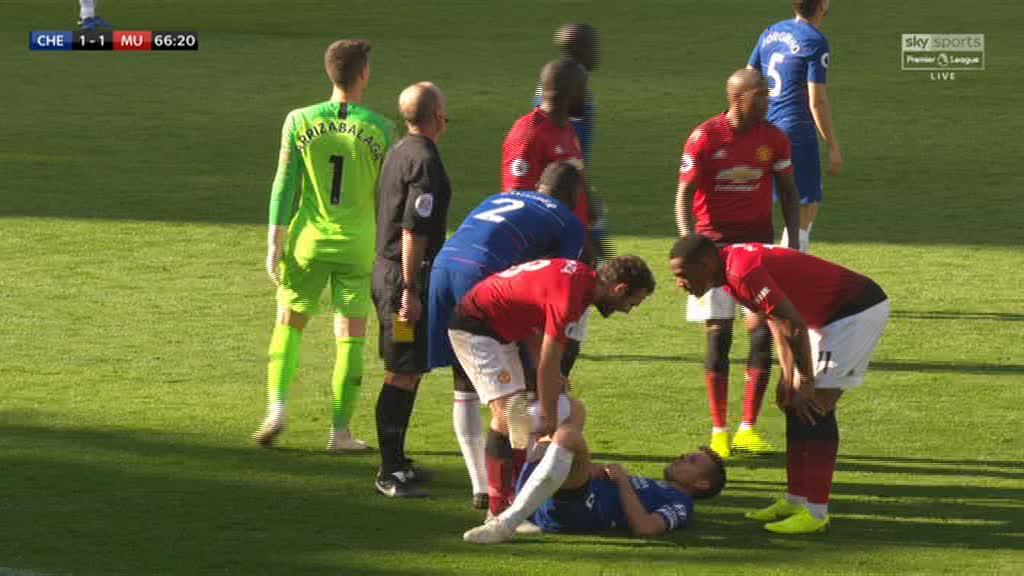 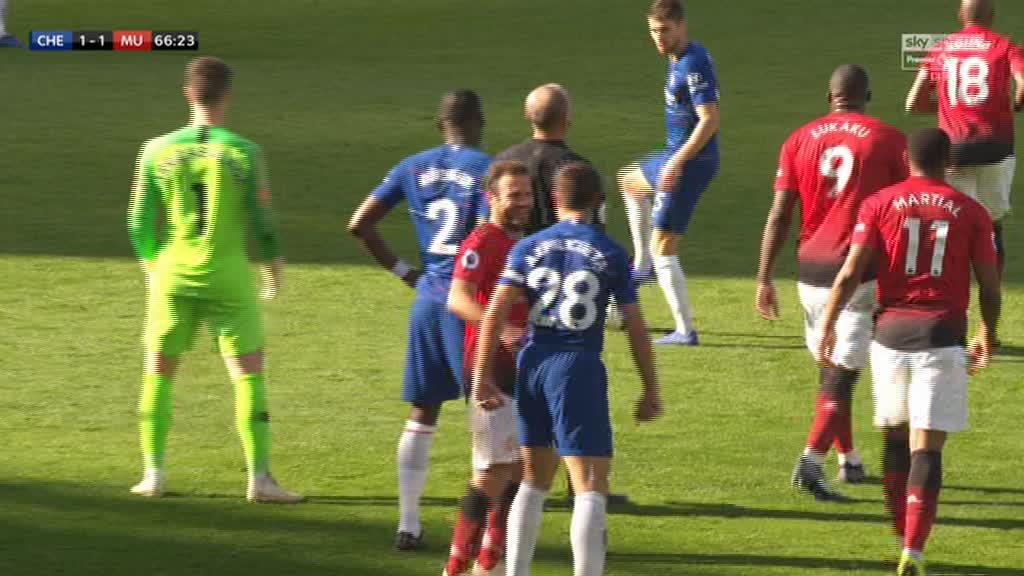 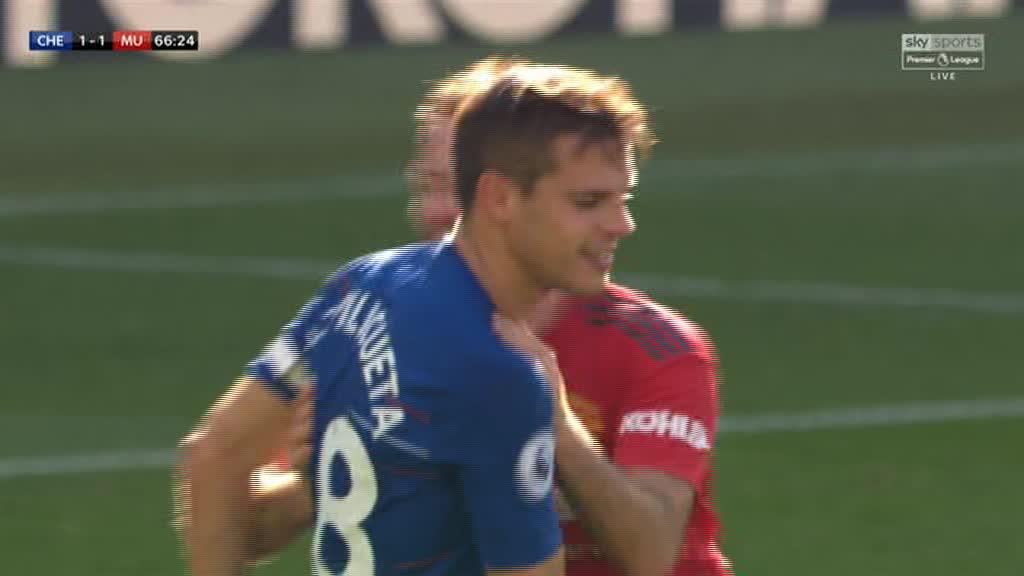 When Mata left the field, it was to a standing ovation from both sets of fans- the midfielder is clearly fondly remembered at Chelsea too.

United did well to play themselves back into the game, thanks to two goals from Anthony Martial.

As the Frenchman left the pitch he was received warmly by Jose Mourinho- perhaps further indication that he plans to stick around at United and prove himself with performances like he delivered today.