The former ACT schoolboy teammates will join forces again when the junior Brumbies play in the week-long tournament at Viking Park, starting with a clash against NSW Country on Saturday. 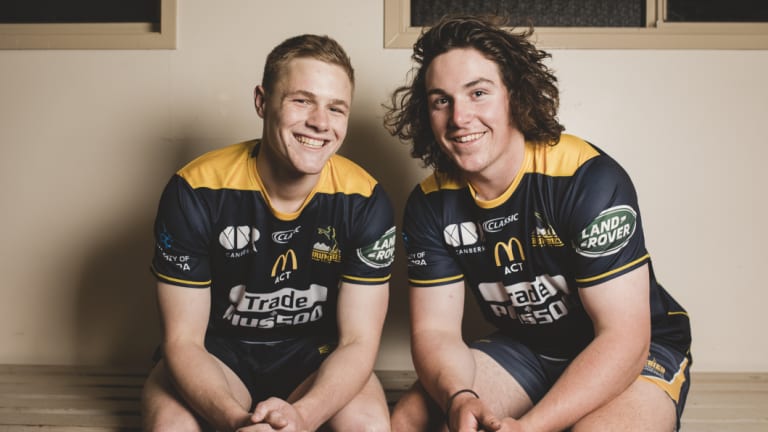 The under-19s event replaces the defunct Super under-20s championship and is part of Rugby Australia's revamped national talent model, which has been implemented to develop and retain young stars.

For Smith and Lonergan that means stepping into the junior Brumbies 12 months after they led the ACT schoolboys side to their first national title in 29 years.

Scrumhalf Smith will captain the team and both are part of the Brumbies academy program.

"We're pretty confident going into it, we've been preparing for three or four months so we're ready to take on the big dogs of Brisbane City, Sydney and NSW Country," Smith said. 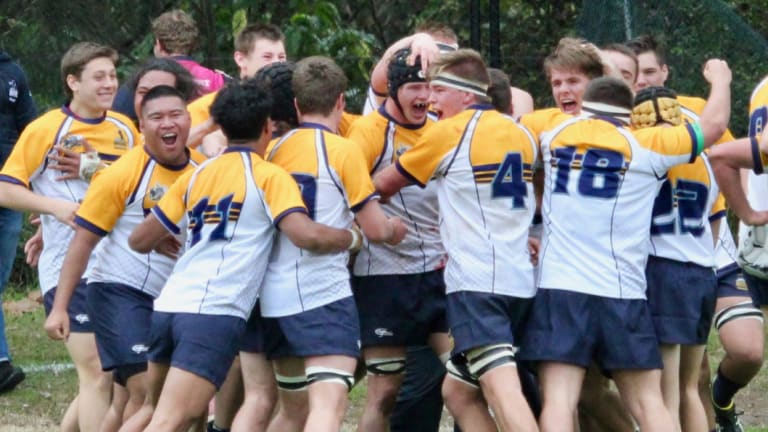 "A lot of us have been playing together since the under-12 and under-14s Brumbies team, so hopefully we can build on that winning schoolboys team from last year and do it again.

"From the 25 of the schoolboys last year, there are probably about a dozen of us now in the under-19s team.

"It's good to see the progression of the pathways. Everyone was a bit confused when the under-20s stopped, but it's good this is in place and the Brumbies academy for that path to becoming professional."

The junior Brumbies will play the curtain-raiser to the Canberra Vikings' clash against the Melbourne Rising in the National Rugby Championship.

The eight-team under-19s competition will see the Brumbies play against NSW Country, Brisbane and the Western Force in the pool stages before the top two teams square off in the final on Friday.

Lonergan is hoping to use the tournament to press his claims for future Brumbies duties after signing a development deal with the Super Rugby club.

The teenager had shoulder surgery at the end of last year and missed seven months of action, but made it back on to the field in time to be the back-up hooker for the Tuggeranong Viking's first-grade premiership.

The Brumbies have earmarked the former Australian schoolboy as a player to watch and Lonergan hopes he will get a chance to join older brother Ryan on the club’s full-time roster in the coming years.

"I'm pretty excited for this tournament … it gives guys who want to make the big time a chance to make a name for themselves," Lonergan said.

"I had a fracture [in my shoulder] … I'm about 10 or 11 months post the operation now. I was happy to have surgery to get it right rather than playing with pain.

"I'm pretty stoked to train with the Brumbies and with my brother. We've played our whole life together and it's always been our dream to represent Canberra and the Brumbies together, so it would be great if it could happen."

Friday: Finals from 9.30am. Main final at 2pm. All games at Viking Park.