England dual international Jason Robinson has predicted a blockbuster end to the 2018 Test year, with the upcoming England v Australia Test at Twickenham looming as one of the matches to watch in the November autumn internationals – for the buildup alone.

Though the November 17 clash between Ireland and New Zealand, the top two teams in the world, has been two years in the making and will undoubtedly attract the broadest interest, Robinson believes it will be the final match of Australia's northern hemisphere tour that will set the tone for the World Cup year. 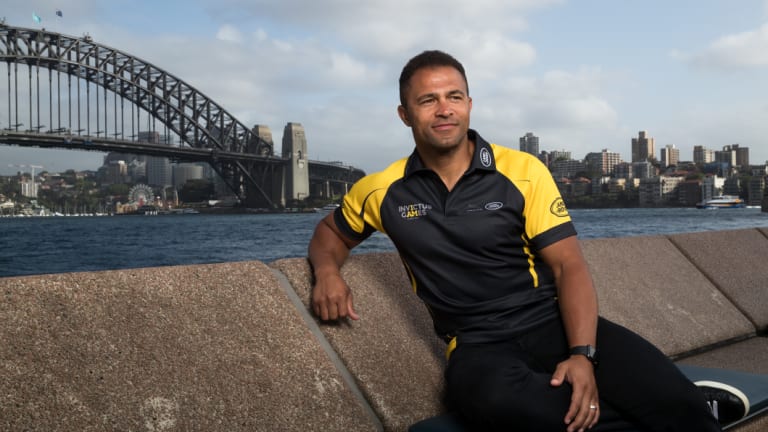 England will have played South Africa, New Zealand and Japan in the three weeks prior and could welcome the Wallabies to Twickenham in any state. Battered and bloodied, most likely, but potentially hardened and buoyed by victories at home against southern hemisphere giants. Or battered, bloodied and angry as hell, with coach Eddie Jones under more scrutiny than ever before, if the Springboks and All Blacks can win away from home.

The Wallabies will have had the gentler lead in. A week in camp together in Japan, to regroup after the third Bledisloe Test, then matches against Wales and Italy. However, Australia's recent run of form suggests that there will not be any easy wins on offer.

But the sight of 31 Australian players belting out the national anthem in their Indigenous jerseys on the pitch at Twickenham – the epicentre of the Home Nations rugby establishment – will surely be one of the more rousing moments in international rugby this year.

To say nothing of a reunion of two old Randwick players.

"Michael Cheika vs Eddie Jones, it will be worth the ticket price alone just for those two," Robinson said. "And it's two teams with great potential who haven’t been firing, and England's last game until February. If they can beat South Africa or New Zealand and Japan, then it will give them an advantage heading into the Australia match. 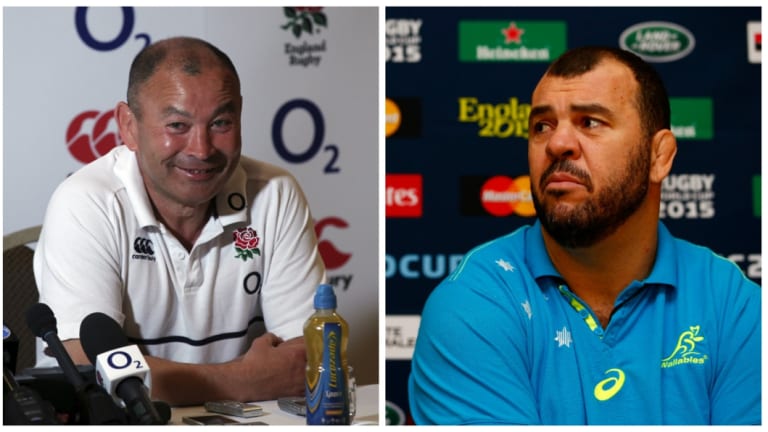 Tale of two coaches: Eddie Jones and Michael Cheika have both come under fire this year, and will clash in the final Test of the Wallabies’ spring tour.

"They will really want to get the better of them, and this will be after a period in which both teams haven't been firing on all cylinders, so it will be a huge game. Absolutely huge."

To the say the honeymoon is over for Jones and England is an understatement. The good will he generated by a record-equalling 18-game unbeaten run in 2016 and 2017, not to mention the 22 wins from 23 games that led to his contract extension at the start of this year, has all but dried up.

England have lost five of their last six Tests, including losses to Scotland, France, Ireland and South Africa. Victory in Cape Town in June elicited only lukewarm words of support from Jones's employers at the RFU.

"We’ve been in better places before," Robinson said. "We've not been playing our best and the Six Nations was a nightmare. It is a massive year with the World Cup coming up fast now and we’ve got a massive four games ahead, the autumn internationals are the toughest part of the year, against the toughest opposition. This will be a real test to see where they are."

Robinson was in Sydney this week as a Land Rover Ambassador, coaching opposite former Wallaby Rob Horne for a wheelchair rugby exhibition match at the Invictus Games. Horne coached a team of former Wallabies including Adam Freier, Phil Waugh and Stephen Hoiles, but Robinson’s Invictus Games team came out on top, winning 16-13.

The former England winger said the truth about the current England set up was somewhere in between 18-straight and five-from-six.

"They went on that record run early but they were never as good as people were saying they were then and likewise they're not as bad as people are saying they are now," he said. "The reality is they’re not as good as they would have liked to be but when Eddie Jones came in, he picked them up and has done a fantastic job. It’s the nature of sport, when you're winning everyone loves you and when you’re losing, everyone’s got the knives out. He knows what they’ve got to do."

Robinson said the Wallabies were in a similar position, and only need one or two wins to flush their mental demons and start building momentum.

"You only have to look at what South Africa have done in two games against New Zealand. All of a sudden they have so much confidence and now we're all looking at them as one of the top teams to beat," he said. "It shows what you can do with a couple of good performances."

Jaguar Land Rover is the presenting partner of the Invictus Games Sydney 2018 – and has supported the Games since they were founded by HRH Prince Harry in 2014.