With N'Golo Kante wearing the No7 shirt, Chelsea fans must feel like the luckiest supporters in the world.

The 30-year-old's masterclass against Manchester City in the Champions League final was another reminder of his unquestionable brilliance – particularly in big games. 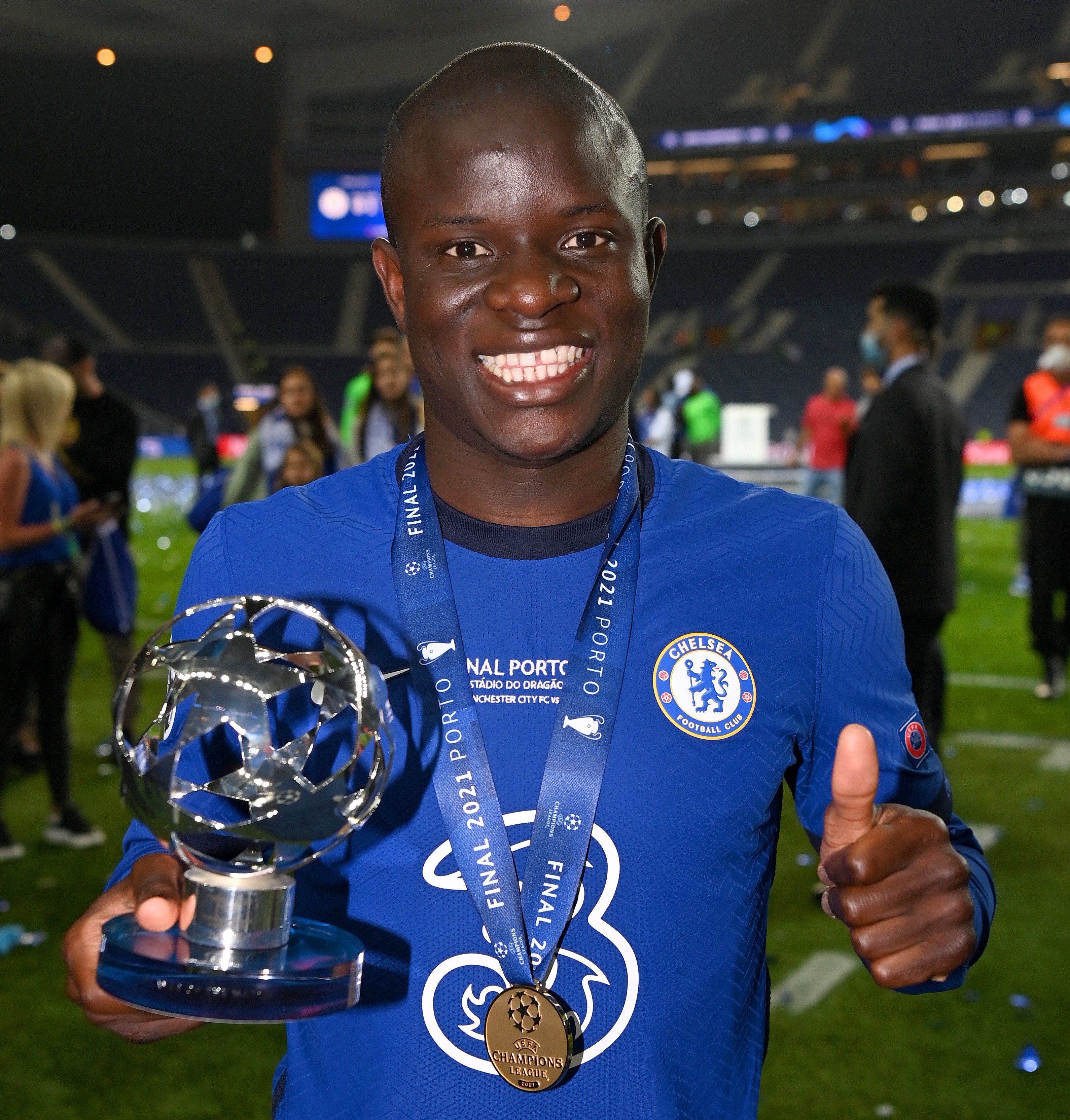 The Blues hit the jackpot when they signed Kante from Leicester City for £32million in July 2016.

The French midfielder, covering every blade of grass, inspired the Foxes to an iconic Premier League title win five years ago.

Several top European clubs must have been after him – but he chose Chelsea, telling supporters it was a 'dream come true' to move to West London.

And since then, Kante and Blues fans have lived the dream together.

The Frenchman's seemingly unlimited amount of energy is his biggest strength, yet there is so much more to his game.

His quick tempo, good footwork and immaculate tackling helps him dictate the play as good as anyone in the business.

One of the highlights of the Champions League final was his tackle on Kevin De Bruyne in the second half, shortly before the City midfielder suffered a fractured nose and eye socket.

De Bruyne was heading towards goal – looking to create a moment of magic – before the Chelsea star managed to win the ball with a measured tackle from behind, a near impossible feat in the modern game.

Kante isn't just a superb individual footballer, though, he also sets a fine example for his team-mates to follow.

Cesar Azpilicueta may have had the armband against City but Kante was the standard-bearer, with every Chelsea player working their socks off to win the ultimate prize in club football.

The ex-Leicester star – through his ability, commitment and humble personality – has gained the complete respect of his club colleagues.

And having now won the Champions League, World Cup, Europa League, FA Cup and Premier League twice, there’s not much left for him to achieve.

The most obvious and deserving prize that evades him is the Ballon d’Or – an award he will be tipped to receive if France win Euro 2020.

Regardless of individual honours, Kante has become a Chelsea legend – and their fans will always be thankful to him for choosing Stamford Bridge.