CHELSEA endured a nightmare first-half against Arsenal on Sunday – summed up by Emerson being taken off after just 35 minutes.

Frank Lampard started the London derby with a three-man backline and Emerson as a wing-back, a plan that quickly unravelled. 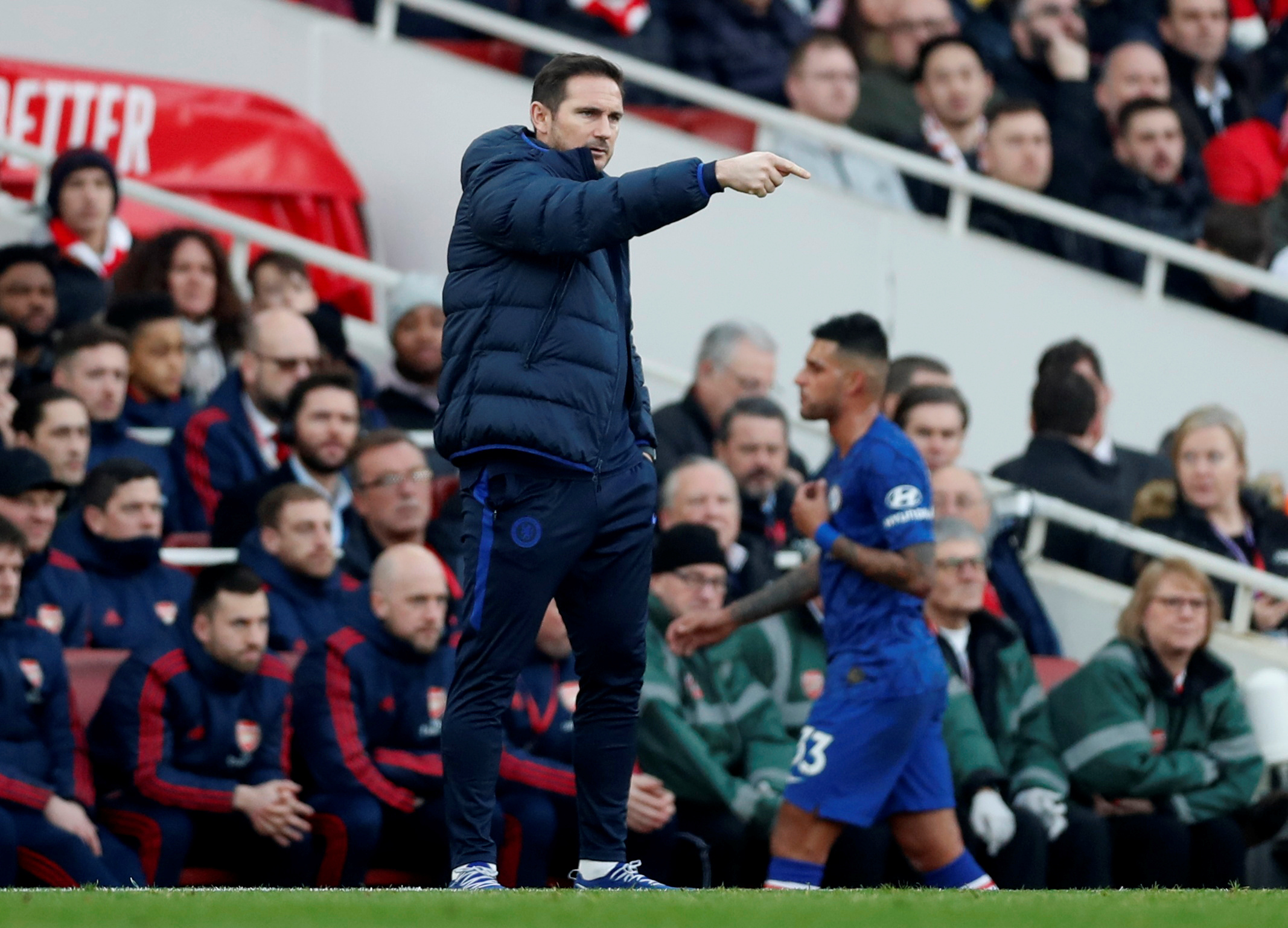 With Pierre-Emerick Aubameyang escaping the Italian international to steer the Gunners into an early lead, action was necessary.

And the Chelsea boss decided to take the drastic step of replacing Emerson with Jorginho.

That left the player with his head buried beneath his shirt as he took his seat on the touchline.

His replacement stepped into a new 4-3-3 setup with Cesar Azipilicueta on the left and Fikayo Tomori on the right of defence.

Lampard will have been pleased to see his side wrestle back some control of the Emirates Stadium encounter although the half ended with Arsenal a goal to the good.

The season so far has largely seen Emerson favoured at left-back, ahead of Marcos Alonso.