Footage appears to show the Chelsea manager with his thumb up his hooter while chatting to the Special One after Saturday's 2-2 draw. 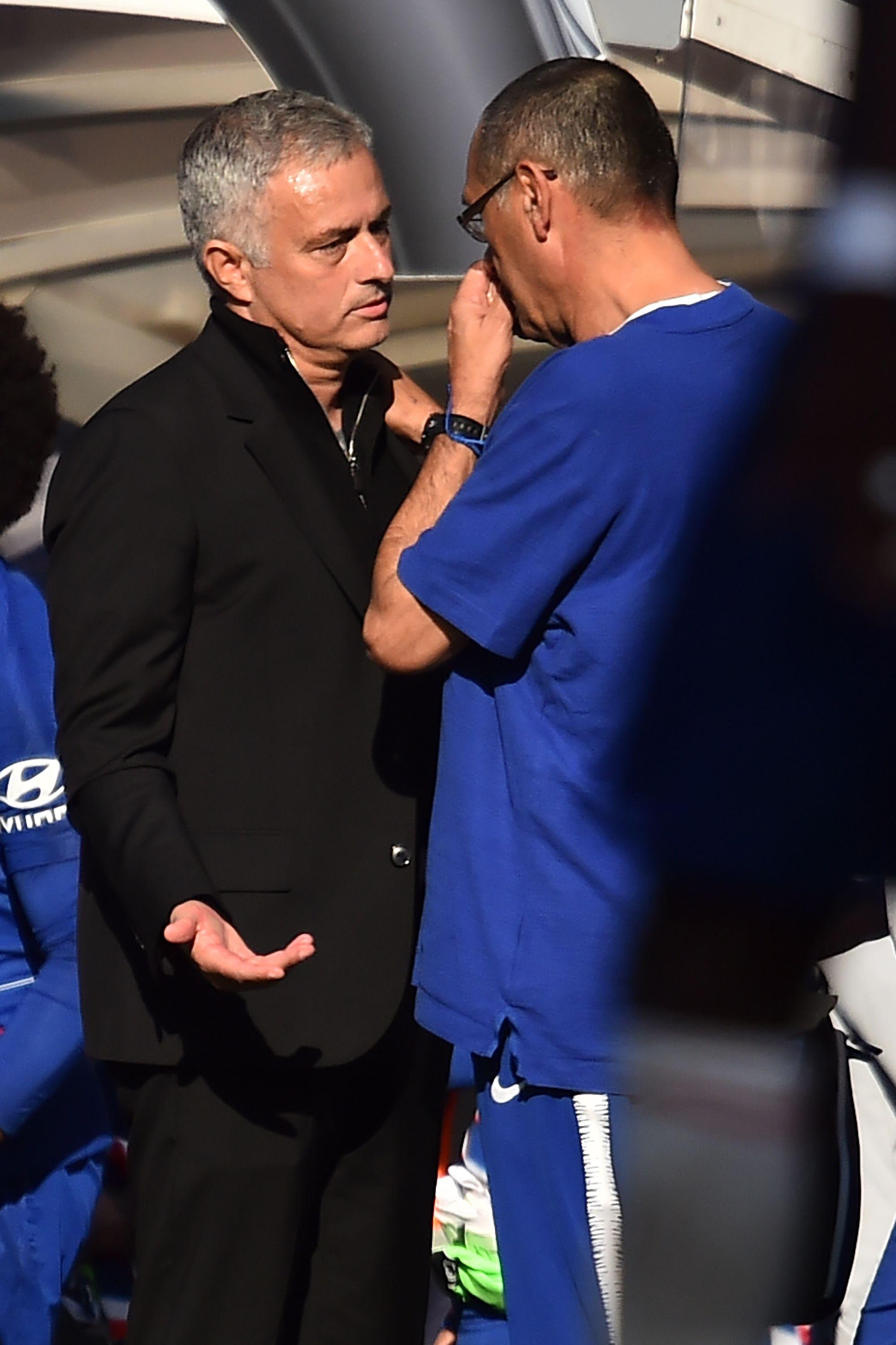 Sarri, 59, then places the same hand on the back of the Manchester United boss' jacket.

One fan wrote: "Just when you couldn't love Sarri more, he picks his nose and drops it right on Mourinho ??"

Another added: "Sarri picks his nose and wipes it on Mourinho's jacket, lmao." 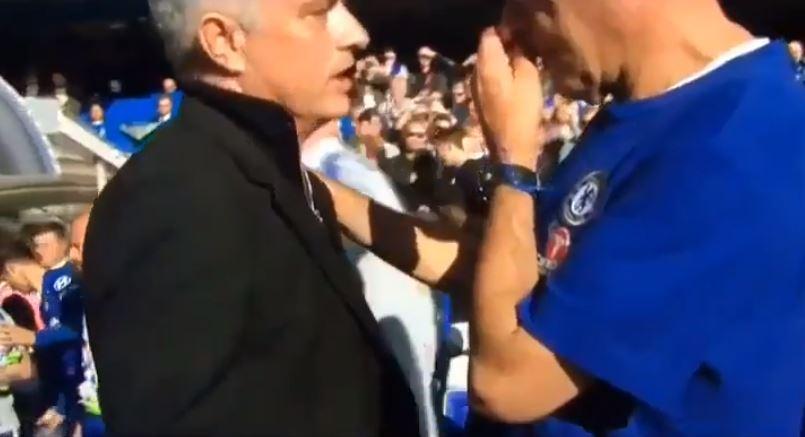 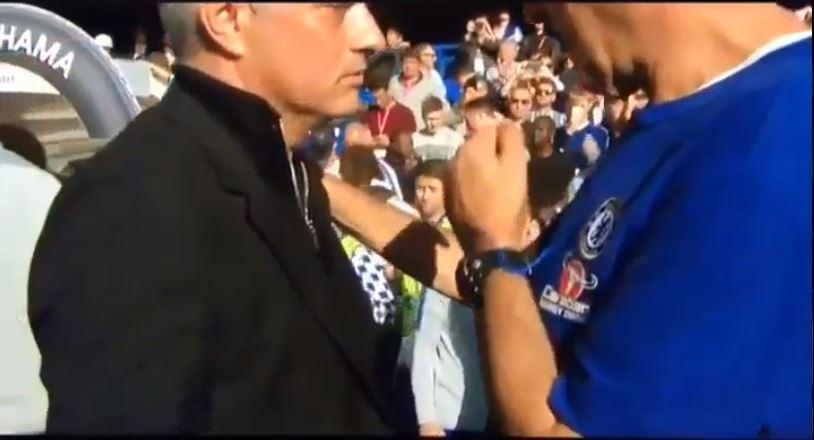 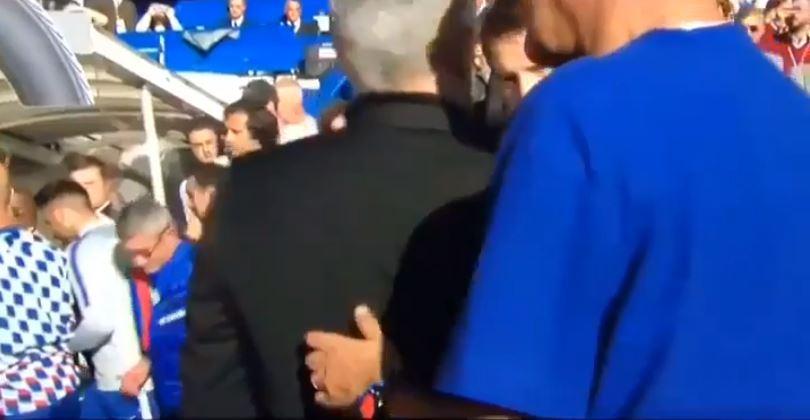 Ross Barkley scored an injury-time equaliser after United had fought back from a goal down to 2-1 up.

And Ianni's celebrations sparked a huge row on the bench, with stewards, staff and players holding an incensed Mourinho back.

The Portuguese, who travelled back to Manchester tonight, revealed: "What happened was with [Maurizio] Sarri's assistant and Sarri was first to come to me and say he would resolve the problem internally with him.

"His assistant came to me in Sarri's office and apologised to me.

"I said if you really feel that way I accept your apology and forget it, because I also made lots of mistakes in my career. I'm not going to kill you because of one.

"He apologised and I accepted it." 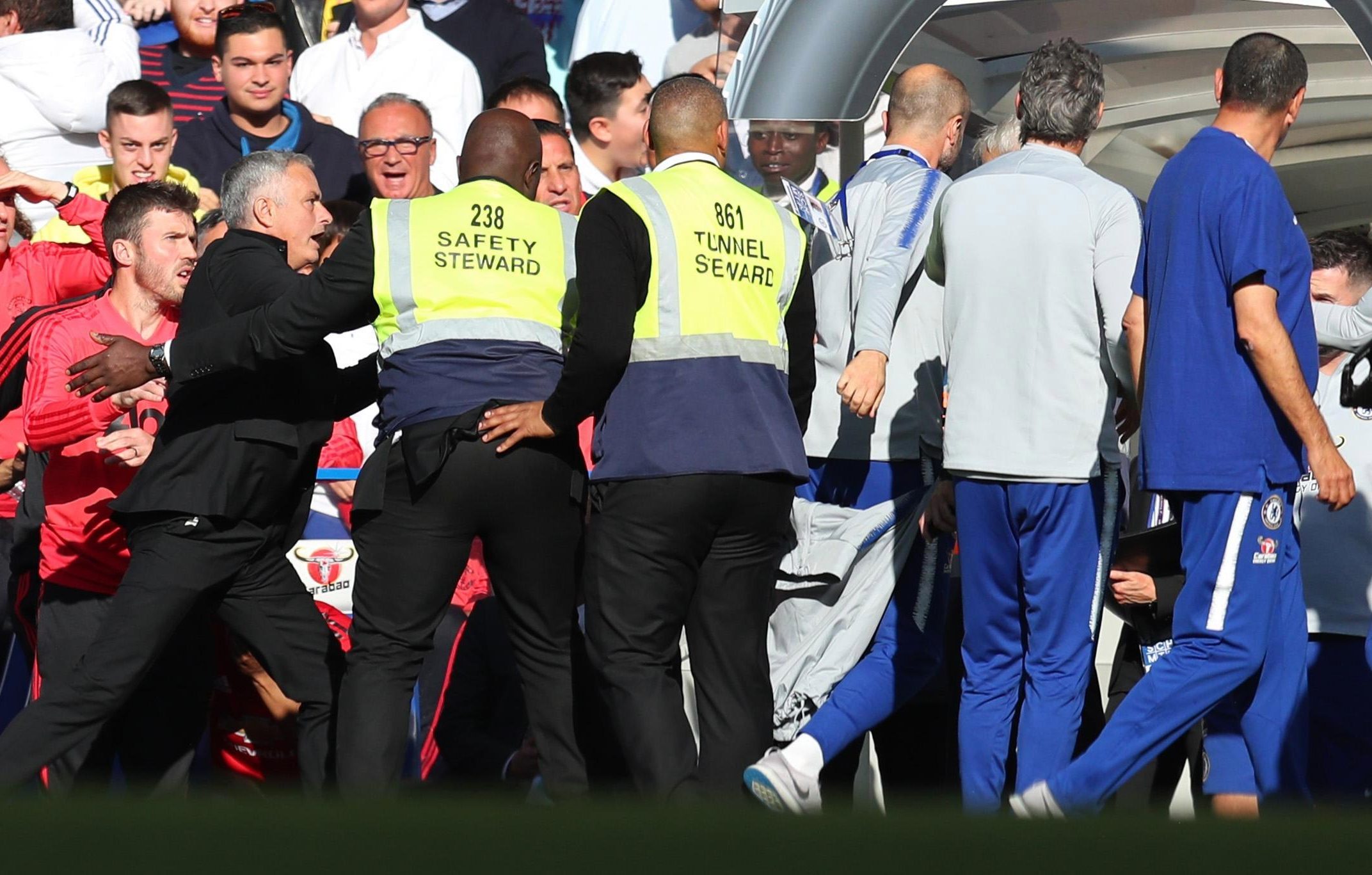 Sarri confirmed: "I spoke with Jose immediately after the game and realised that we were wrong.

“I spoke with my staff and then agreed to say sorry. We made a mistake and we were in the wrong on the situation.

“Will there be any action against Ianni? At the moment I don’t know. I have to speak to him face to face because I want to be sure that he understands it was a big mistake.”

Mourinho walked away from the row to a chorus of "F*** off Mourinho!" from the home fans.

In return, he held up three fingers – one for each Premier League title he won at Chelsea.