WHEN does a stumble feel like a step forward?

When Arsenal and Manchester United both fall completely on their backside! 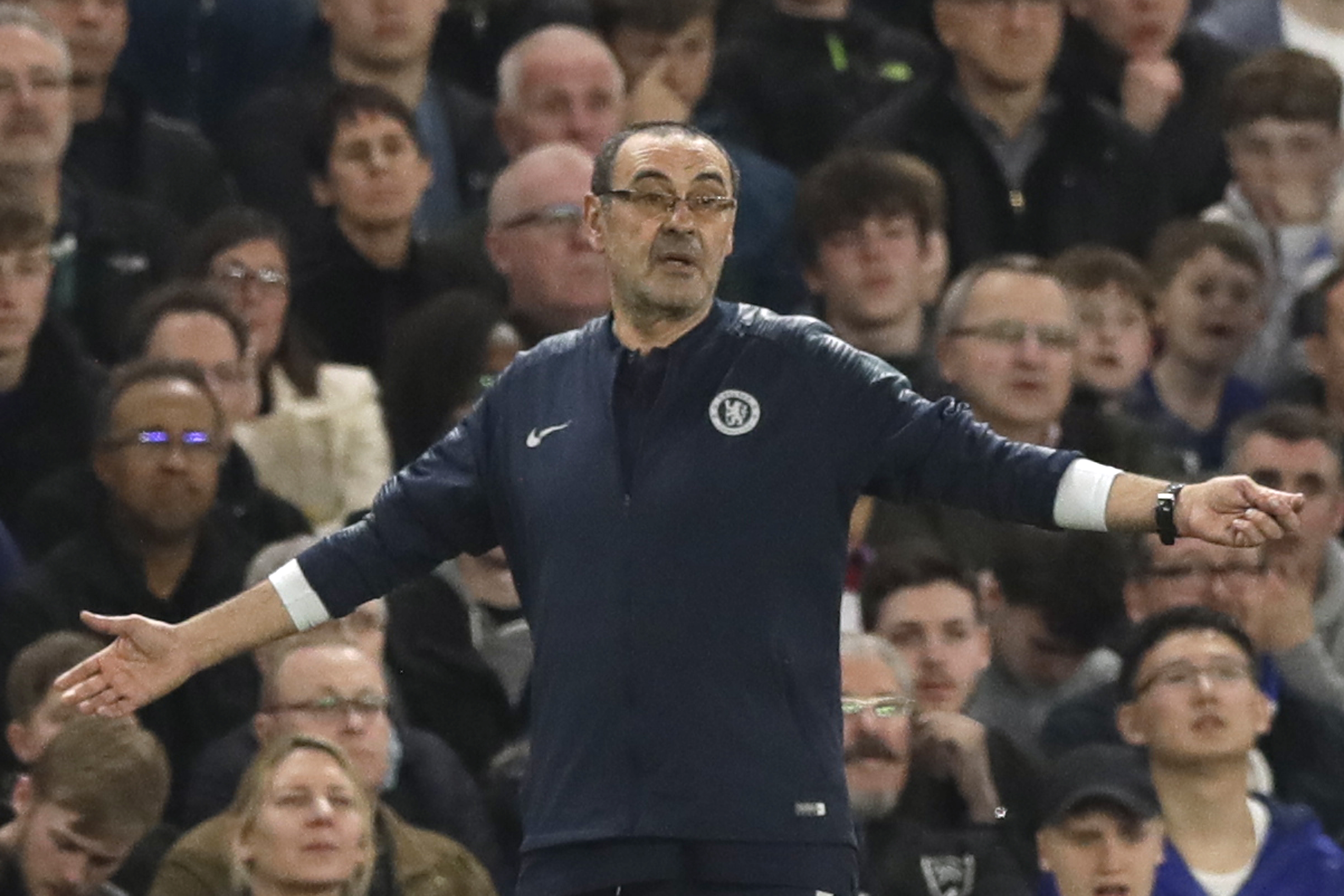 And while Maurizio Sarri found himself serenaded with the increasingly familiar catcall chorus at Stamford Bridge on Monday night, the Italian now knows Chelsea’s top four fate is back in their own hands.

The final whistle against Burnley felt like two points lost, especially when Spurs sneaked that late winner over Brighton 24 hours later to pull three points clear of the Blues.

Yet Wednesday night was absolutely perfect for Chelsea.

But even more so with Arsenal’s shellacking at Wolves, the second upset for Unai Emery and his men in the space of four days.

It means Chelsea know three wins will be enough for a top four finish, irrespective of what Arsenal do.

It could even be enough for third, although not – unless there is an unlikely series of goal gluts – if Spurs win two of their last three matches.

And it gives Sarri and his troops extra motivation for Sunday’s trip to Old Trafford.

Winning there will end United’s fleeting hopes of the top four, with Chelsea aware they would go six points and at least 10 goals clear with just two games to go.

They will kick off knowing what Arsenal have done at Leicester, too, as well as with knowledge of Spurs’ result at home to West Ham.

Plenty of Blues fans had beguin to despair of everything about the club.

Of the board, the players, the manager. And of having, they believed, to pin all their realistic hopes of playing Champions League football next term on beating Frankfurt over two legs and then Arsenal or Valencia in Baku next month.

Suddenly, that has changed, with what seemed like two points dropped being transformed, admittedly by the failures of others, into one point gained.

Chelsea will believe they can prey on United’s vulnerabilities, on the pitch, psychologically and from the stands, when they run out on Sunday.

Old Trafford’s desperation counted for nothing against City, once the initial hustle and bustle had quelled.

If Chelsea can get through that first 20 minutes, keep a tight grip on Marcus Rashford, not panic under the early pressure, they will feel the game is there to win.

United’s need to push forward is likely to leave the sort of gaps to exploit that will have Eden Hazard salivating already, acres of empty, verdant grass to run into.

Sarri will want Gonzalo Higuain to transfer his fury at being hooked before the end against Burnley into more of the thrust and vigour that brought him what was only his fourth goal in 11 Prem appearances since his arrival in January.

Of course, finishing fourth and winning the Europa League might not be enough to earn Sarri a second term at the Bridge.

But it would allow him to leave with dignity and the proof of a difficult task undertaken and, in reality, succeeded in.

And with that Champions League legacy for his replacement, too.