The Frenchman, 68, has been in charge of the Gunners for over two decades.

FOLLOW all the latest developments on Arsene Wenger's departure on talkSPORT 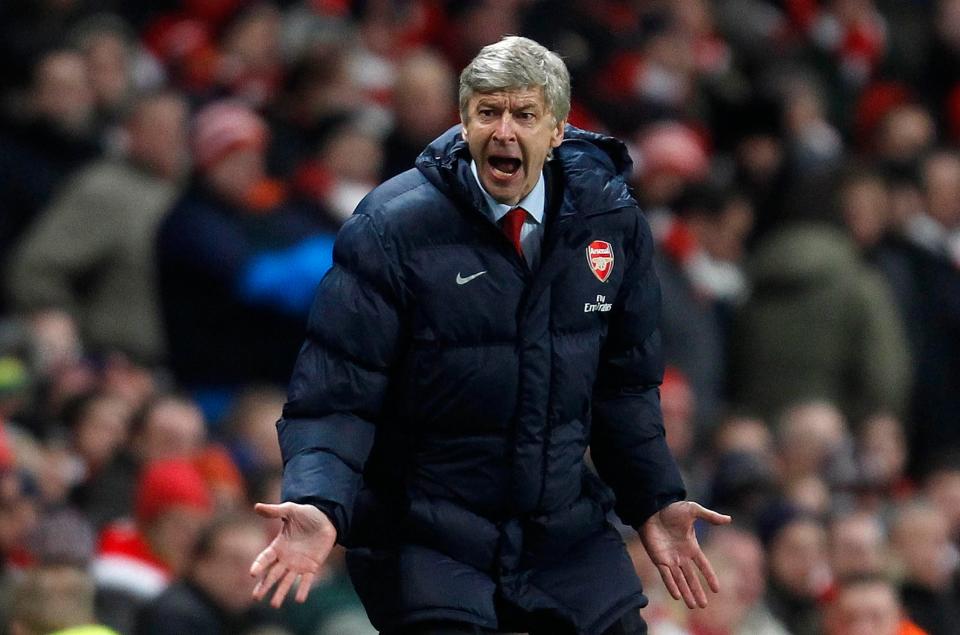 During his time at the club he has won over plenty of people who were unfamiliar with him when he first arrived at Highbury in 1996.

But as well as many friends, Wenger has also been involved in some of the most high-profile feuds in the Premier League era.

We take a look at Wenger's biggest battles from the past 22 years, including with Jose Mourinho, Sir Alex Ferguson… and his infamous jacket. 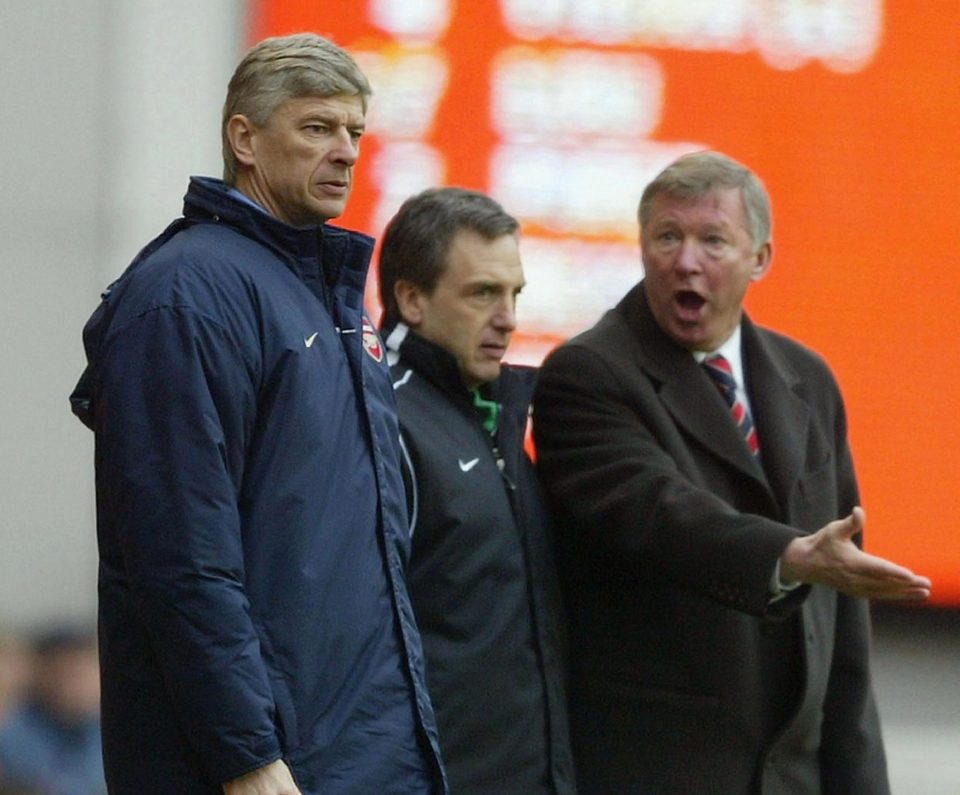 Before Roman Abramovich's billions turned Chelsea into Premier League contenders, many of the previous years had been a duel between Arsenal and United.

The clashes between the two sides were the heavyweight contests of the season and often led to the drama spilling into the dugouts.

The two bosses were never friends but their rivalry came to a head in 2004 when United ended Arsenal's 49-game unbeaten run.

Clashes outside the dressing room after the fiery contest saw pizza thrown over Ferguson.

The Scot revealed in his autobiography the rift was not healed until after a Champions League semi-final in 2009 when Wenger congratulated his contemporary on beating the Gunners.

Speaking earlier this season, Wenger said he had "very, very, very heated moments" with Ferguson but now he is "happy to see him" as they share a glass of wine. 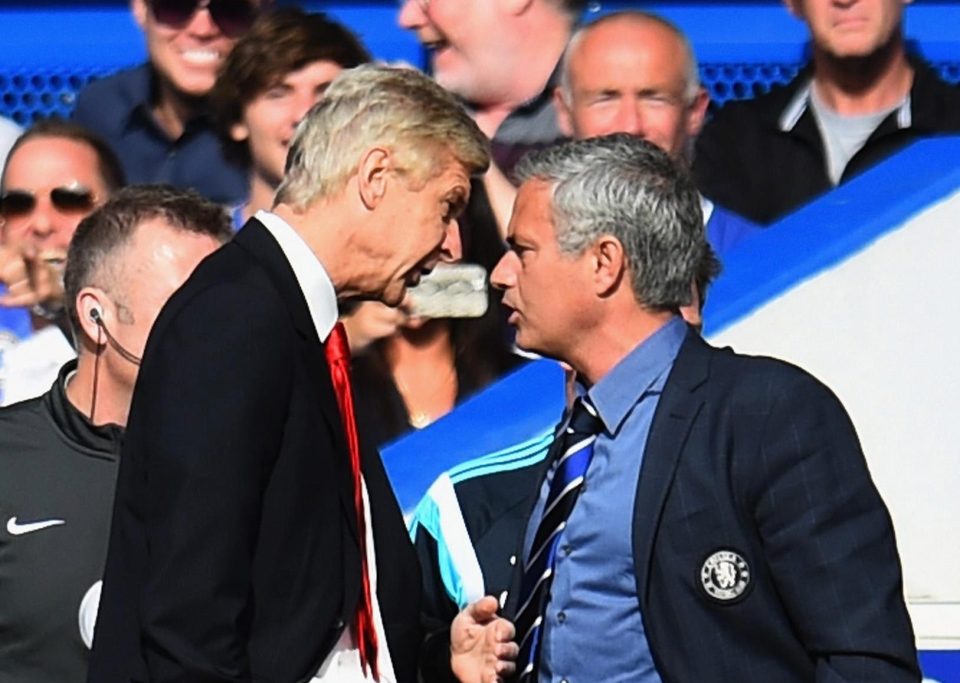 With Wenger and Ferguson's rivalry long established, Mourinho arrived on the scene at Stamford Bridge and upset the established order – as well as both bosses.

But it was against Wenger that Mourinho would focus plenty of his words, even during his press conference after being appointed as United manager himself last summer.

The Portuguese memorably labelled Wenger a "voyeur" and a "specialist in failure", while the Arsenal boss questioned the tactics of some Mourinho sides.

Their rivalry escalated to a physical one when Wenger pushed Mourinho during a 2-0 Chelsea win in 2014.

The incident came just months after his 1,000th game in charge of the Gunners saw them humbled 6-0 by Mourinho's Blues. 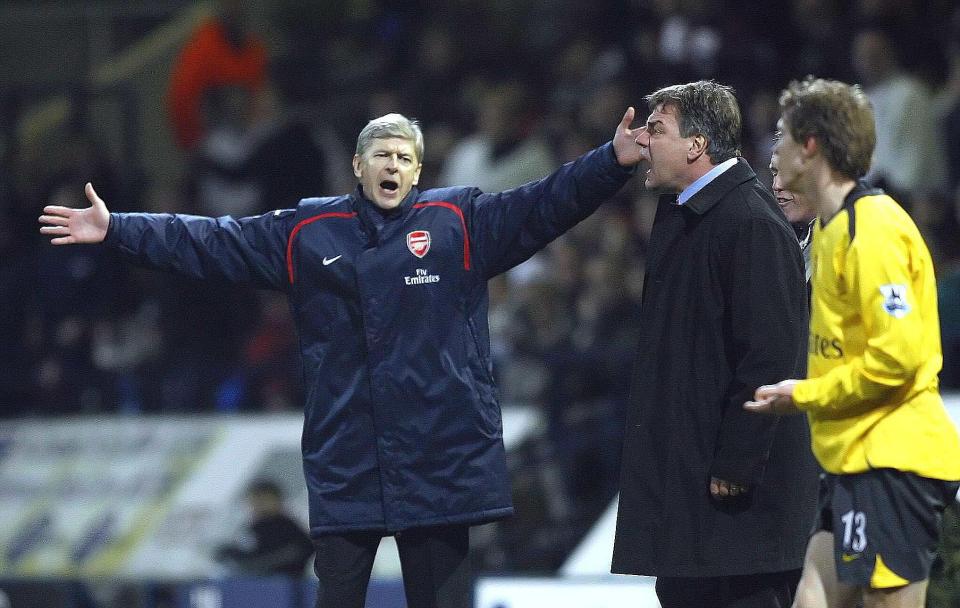 A hard-nosed manager who cut his teeth in the lower leagues, Allardyce rubbed Wenger up the wrong way.

Ttheir relationship was not helped by the fact Big Sam's Bolton became Arsenal's bogey side.

Between 2003 and 2006, Allardyce's Trotters played eight games against Arsenal and lost only once as Wenger's teams struggled to deal with their direct approach.

Allardyce said in his recent autobiography that Wenger "takes it all very personally and has an air of arrogance".

In 2003, the Bolton boss delivered a blow to Arsenal's title hopes.

A big friend of Ferguson, Allardyce's side came from two goals down to draw 2-2 with the Gunners and hand the advantage in a tight title race to the Red Devils.

Wenger, who has since defended Allardyce after his controversial sacking from the England post, said he was "scarred for life" by that result. 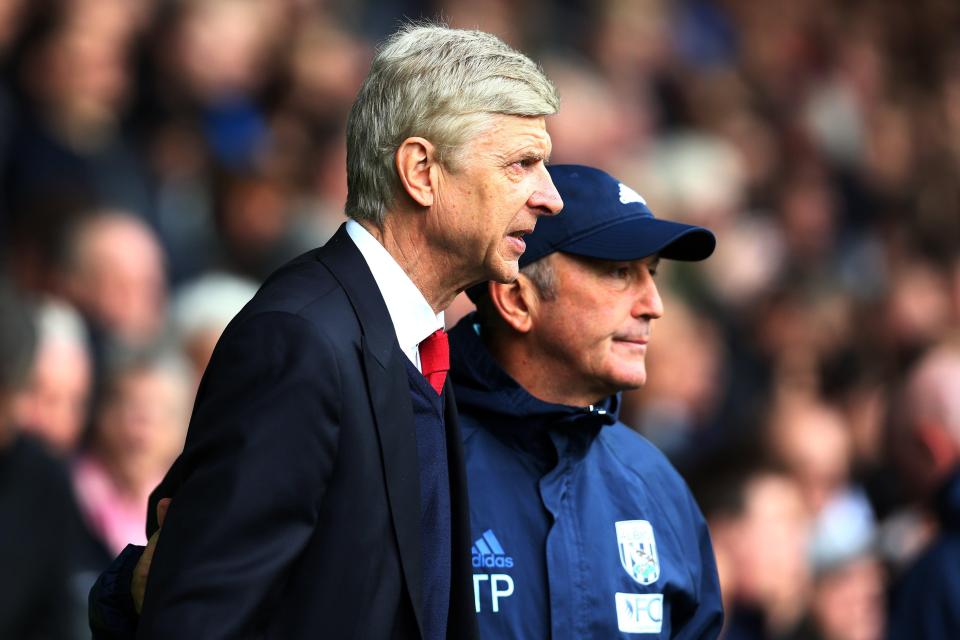 Like with Allardyce, Pulis and Wenger were not competing for honours in the same way as his battles with Ferguson and Mourinho.

Instead,the pair had issues with one another's approach to the game over the years.

Their rivalry came to a head in February 2010 when Stoke defender Ryan Shawcross broke Aaron Ramsey's leg in a tackle which Wenger labelled "horrendous".

The Welshman replied that Wenger is only "perceived to be a genius".

Pulis also defended his side's record by saying he had not had as many red cards as a manager as Wenger.

But since moving to Palace and West Brom, the pair no longer clash, with Wenger saying his one-time nemesis "made a miracle" by keeping the Eagles in the top-flight. 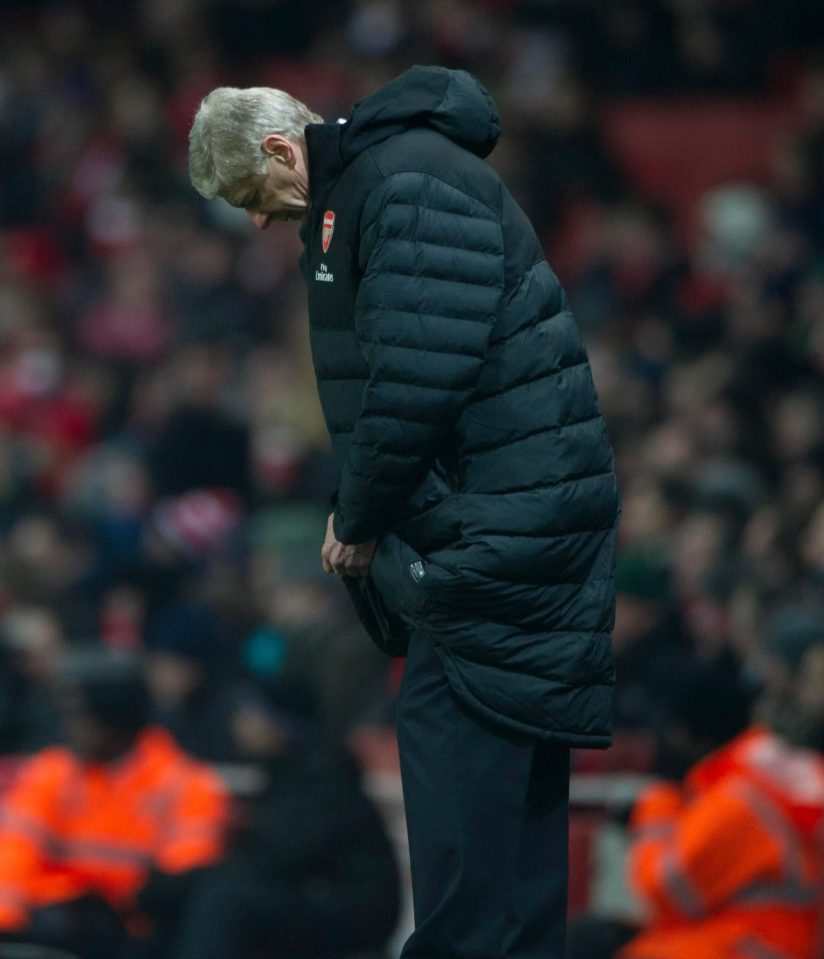 BUT Wenger's biggest rival has always been the infamous jacket… after all, his coat problems have been well-documented down the years.

Most recently, the French chief struggled to get his jacket on during the Gunners' 3-0 win over Watford, as the hood refused to behave.

Wenger also struggled mightily with his zip during games against Newcastle, Hull and Manchester United.

And the one he's most famous for, of course, is the phantom pocket against Fulham, during a 2-1 defeat in January 2012.

That day, the Arsenal boss repeatedly attempted to slide his hands into his pockets… and while the left went in nice and easy, he struggled time and time again with his right.

Ultimately, Wenger sheepishly turned away and retreated to the safety of the subs' bench.