BILLY GILMOUR’S comeback from injury ended sooner than expected after he was sent off just EIGHT minutes into his return for Scotland’s Under-21s.

The Chelsea star, 19, suffered a damaged right knee in July and is yet to play for Frank Lampard's Blues this season. 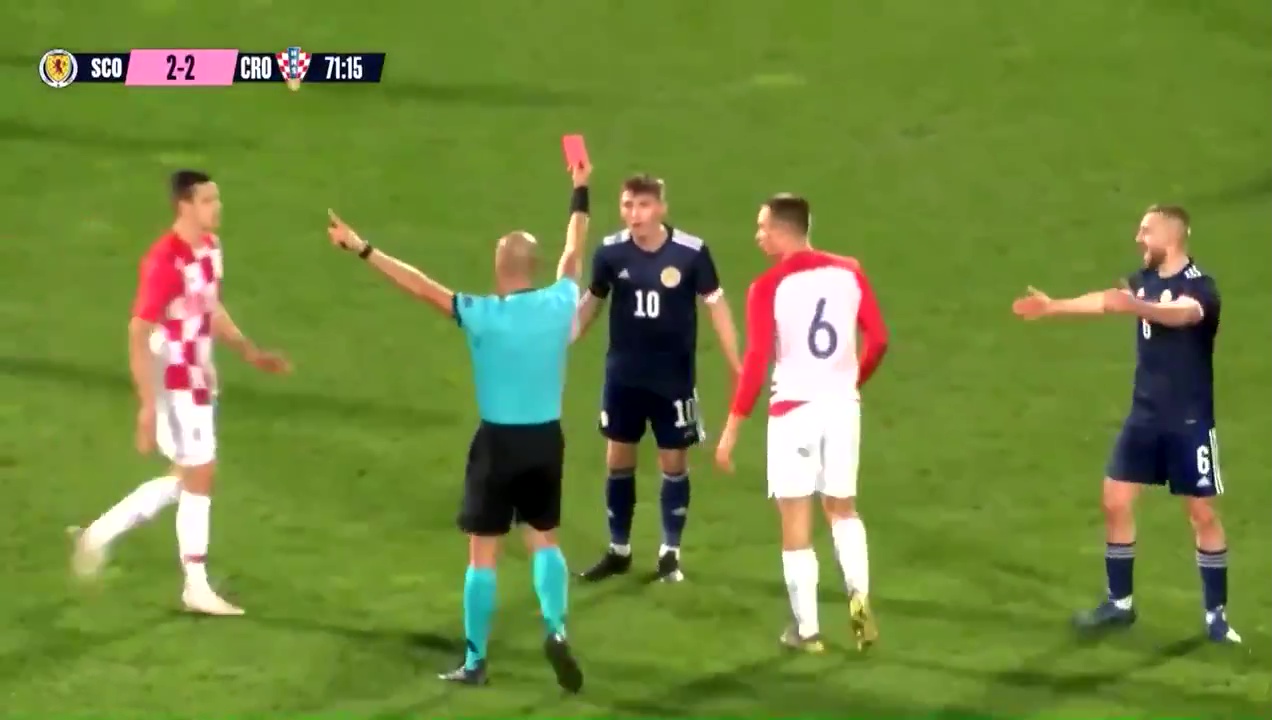 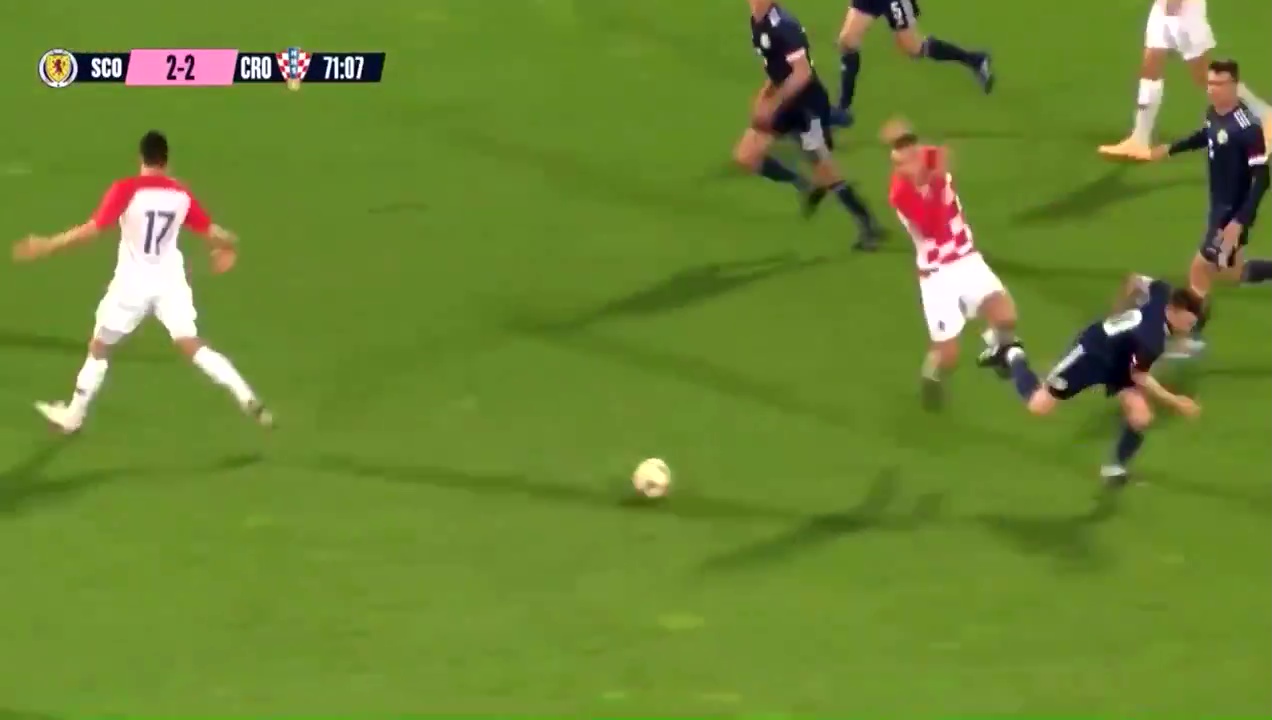 But after some intense recovery work and rehab, Gilmour was allowed to link up with Scotland’s youngsters during the international break.

They were trailing 2-1 to Croatia, who already down to ten men, when Gilmour was summoned off the bench in the 63rd minute.

Scotland quickly found an equaliser to set up a tense finale.

But Gilmour’s night harshly ended in the 71st minute after he shoulder barged Darko Nejasmic.

The challenge was a yellow card at best.

But that didn’t stop referee Michael Fabbri from reaching into his top pocket and producing a red instead.

Gilmour, who had initially turned away thinking it would be yellow, looked flabbergasted when he realised he was being shown his marching orders.

But despite his protests, Gilmour ended up leaving the pitch to call time on his return from injury. 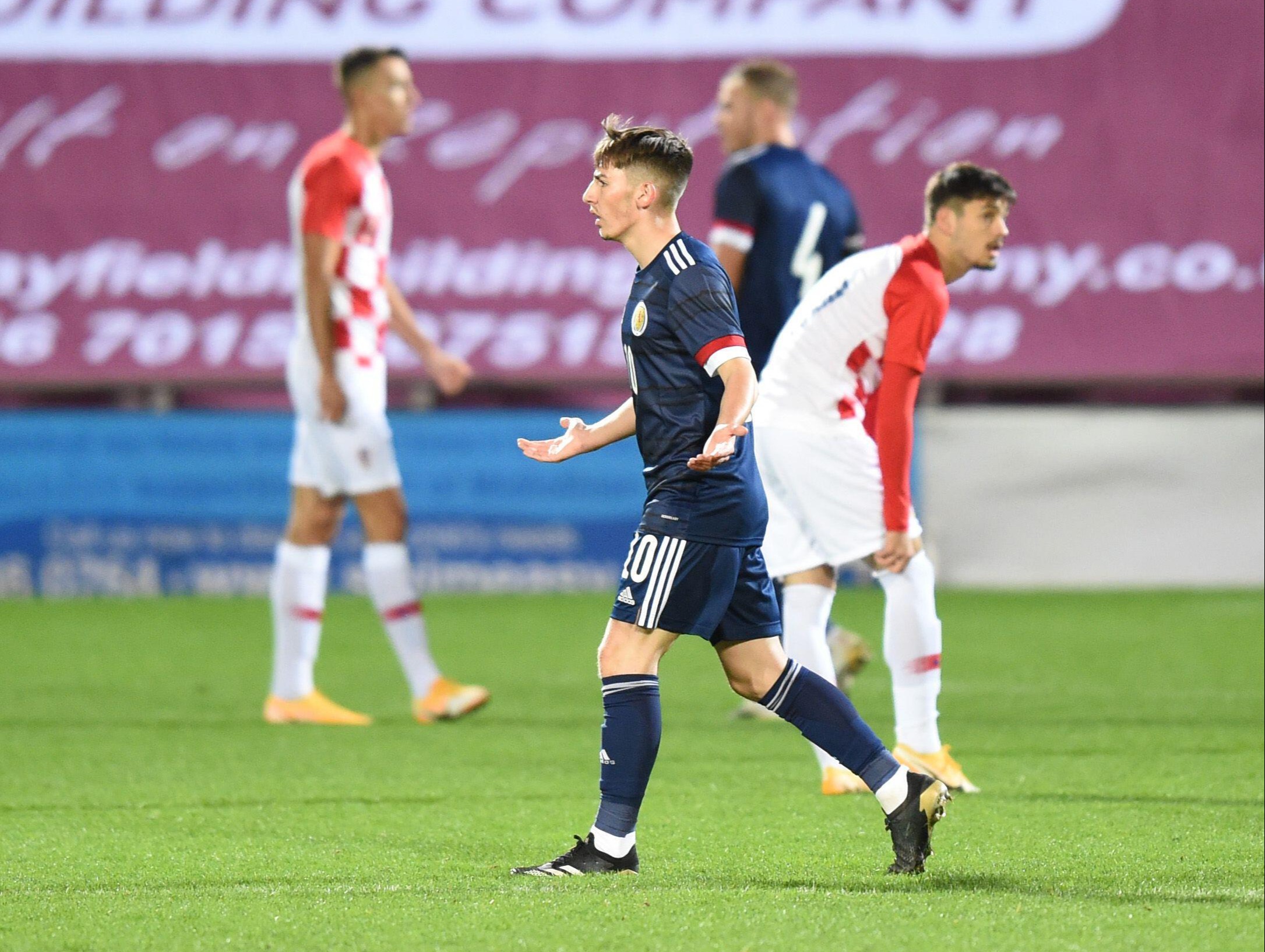 Despite not playing much tonight, Gilmour has recovered sooner than expected, with Chelsea initially fearing he would be out until December.

The midfielder revealed earlier this month he was ready to come back and build on his 11 impressive appearances from last season.

And it now remains to be seen if he can work his way back into Lampard’s starting XI, with a loan in January also a reported option.

Gilmour told the Four Lads Had a Dream Podcast: “Hopefully when I come back after the international break I can start to kick on again, get over my injury and start playing games for the team. I can’t wait.”