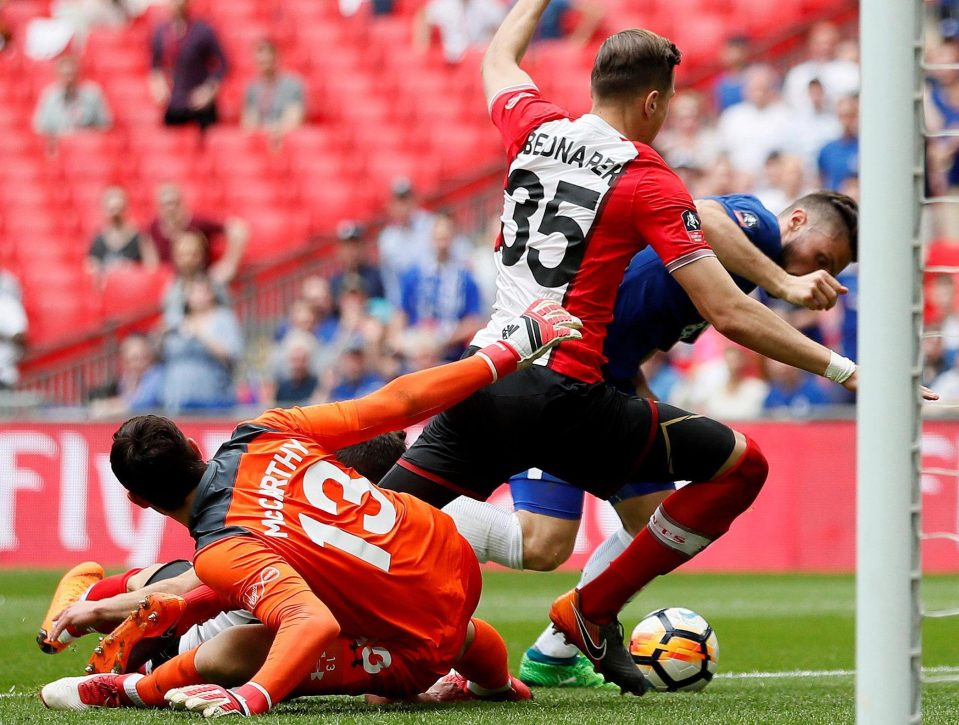 This year’s FA Cup final is the marketing department’s dream.

Mourinho will be in his element, lapping it all up when he leads Manchester United back to Wembley for next month’s final.

This is a humdinger now.

Olivier Giroud and substitute Alvaro Morata made sure of that with the goals that took Chelsea back to the national stadium. 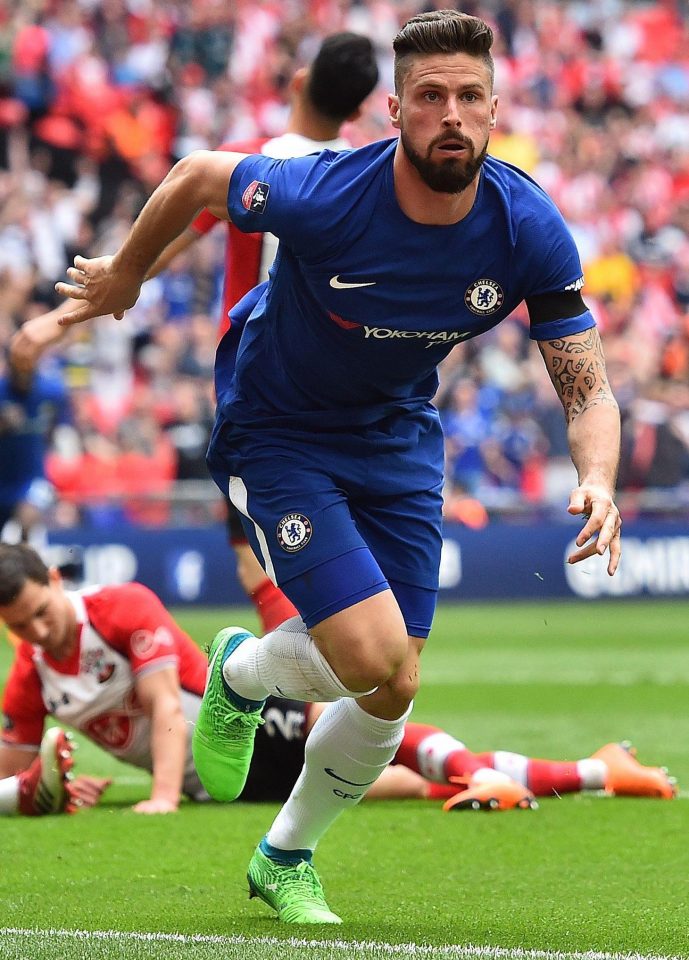 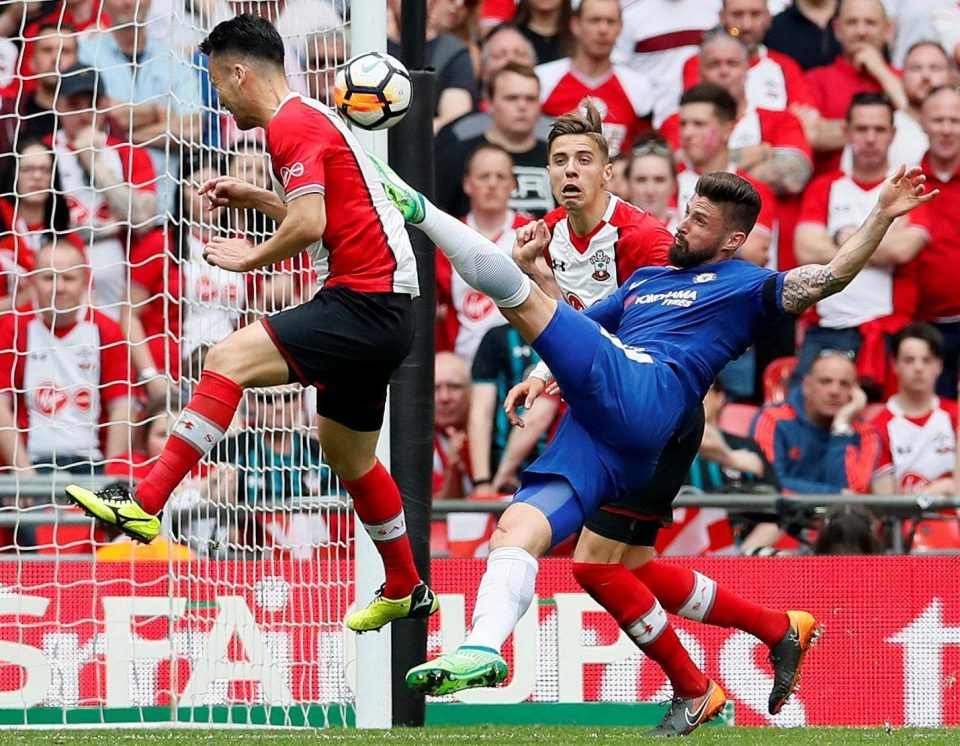 Next month there are scores to settle, insults to be hurled between two rival managers, egos out of control.

What a way to end the season.

This is the final the world wants to see and it can only go one way. 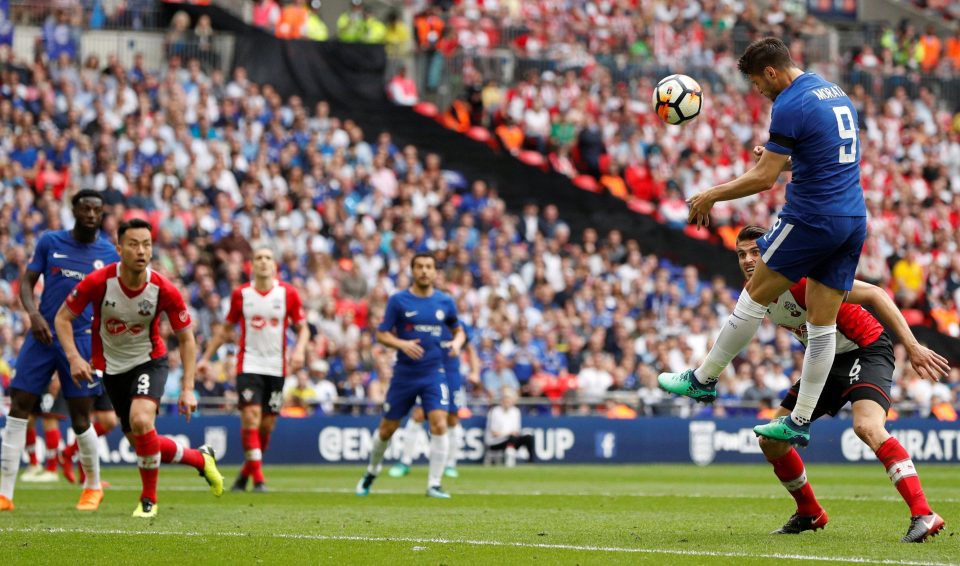 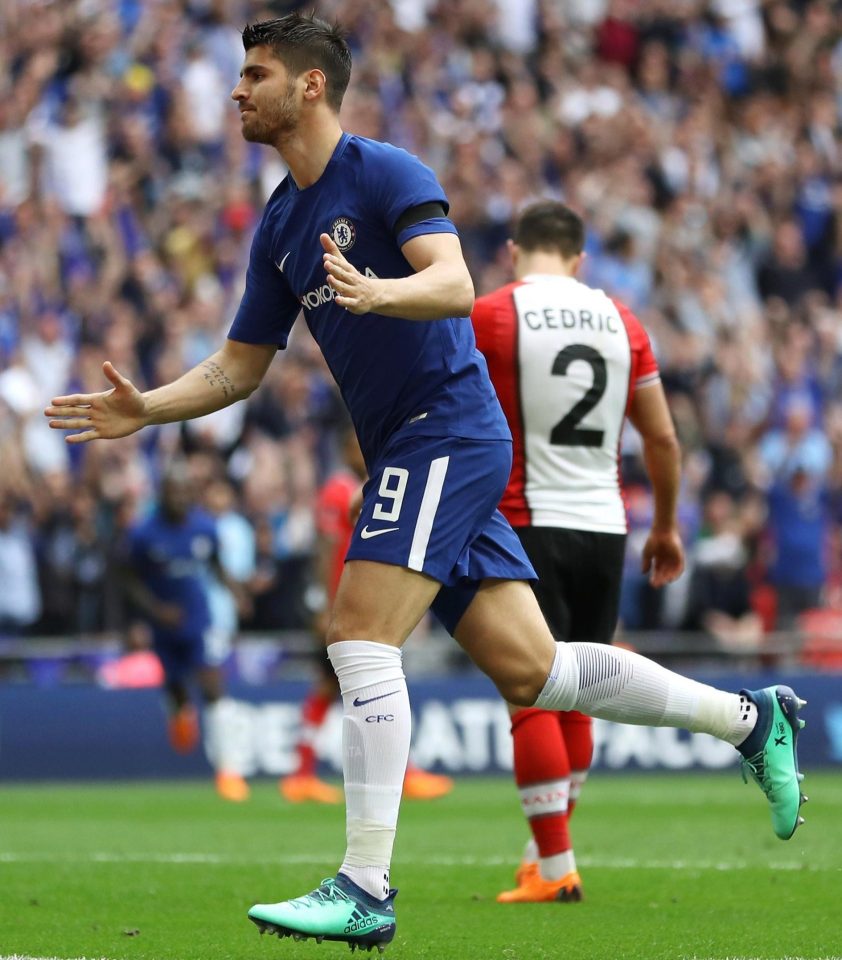 Antonio Conte is their man now.

The Italian claimed Mourinho had it easy, that the run towards the Premier League titles in 2005, 2006 and 2014 were simple affairs.

That alone will is enough to get Mourinho’s goat.

They can sort all this out next month, when the last piece of silverware in English football is up for grabs. 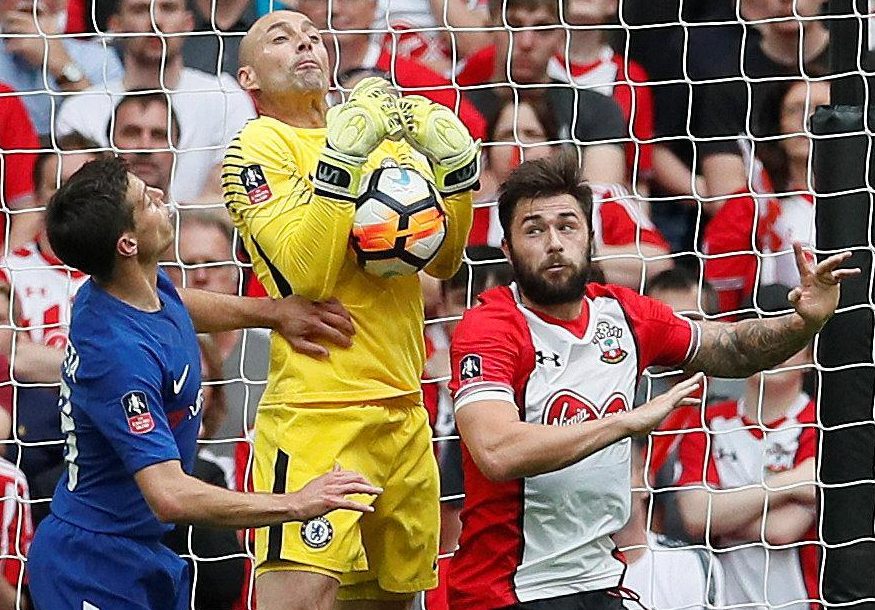 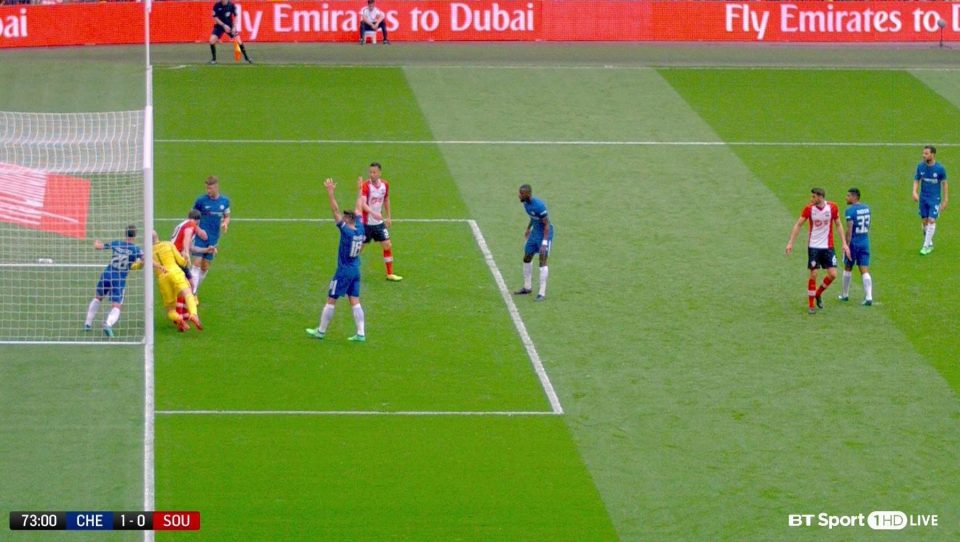 The FA Cup, battered and bruised over the years, has suddenly turned into an important trophy again.

Chelsea have their eyes on the silverware, in with a shot of glory after Giroud’s opener.

The forward, who won the FA Cup three times when he was in Arsenal colours, can win it again next month.

His goal was a pearler, a moment of ingenuity as he tricked and danced and juggled his way beyond Southampton’s defence. 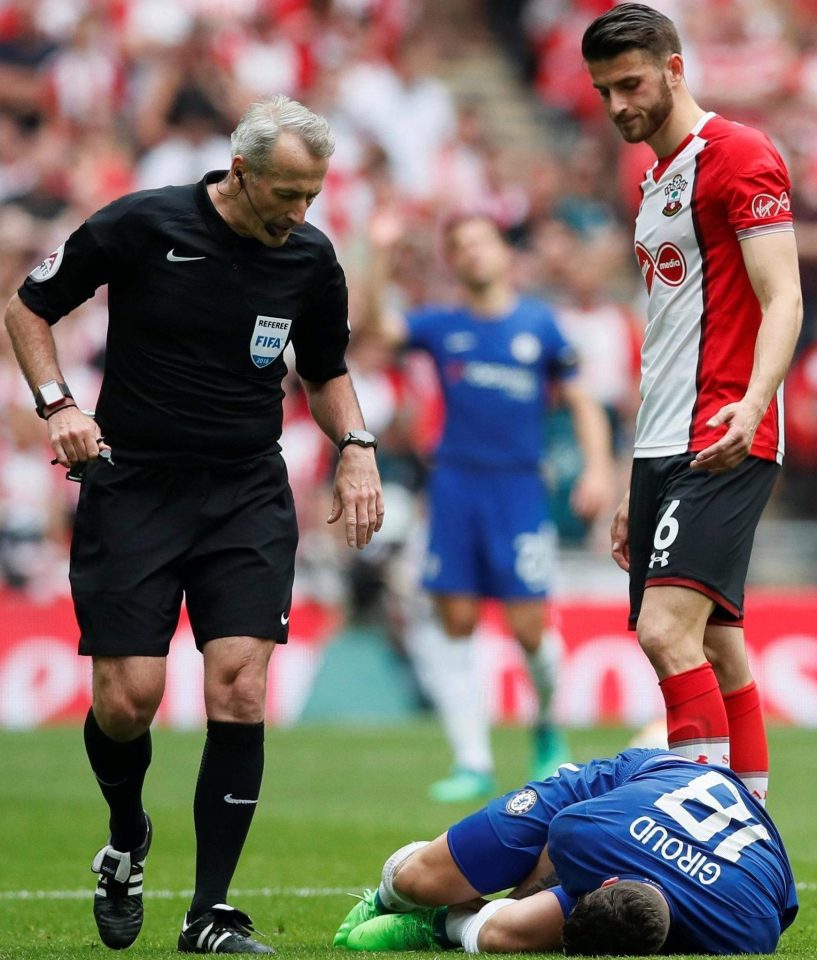 Cess Fabregas teed it all up, bypassing Southampton’s midfield with one of his trademark lob wedges from a deep-lying position.

Eden Hazard helped it one, diverting his pass into the path of Giroud as he made his way into Southampton’s penalty area.

He left Maya Yoshida, Cedric and Mario Lemina eating grass, slipping and sliding all over the box as Giroud got the ball out of his feet.

His finish was controlled and composed, poking out a leg to beat Saints keeper Alex McCarthy from close range. 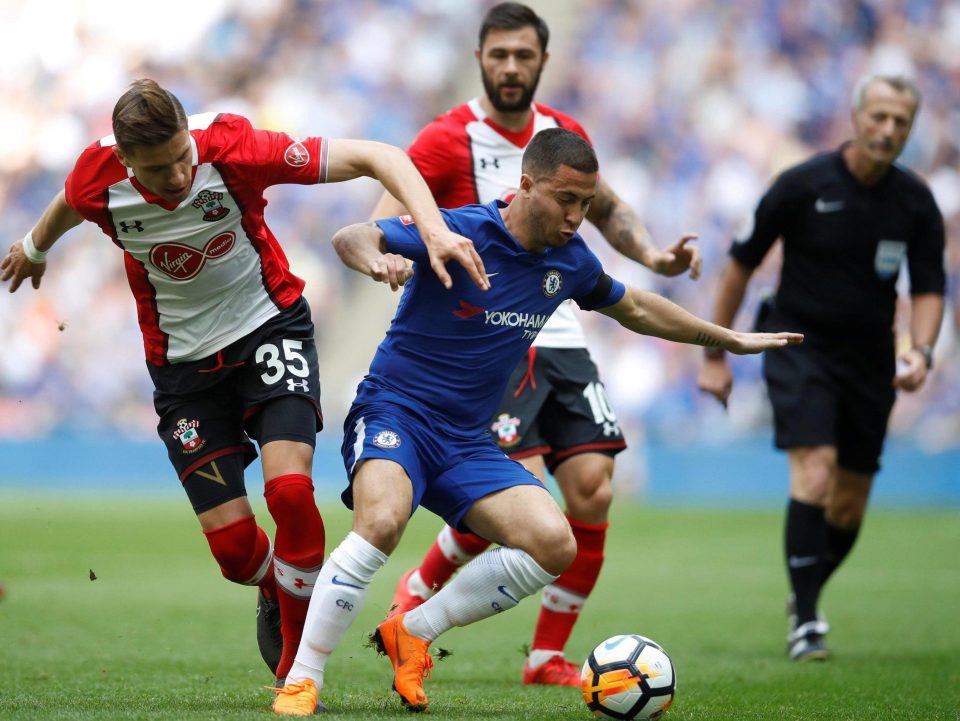 He is such a handful.

It was Giroud’s goals, his double at St Mary’s last weekend, that earned Chelsea three points in the Premier League.

This one will give him more satisfaction.

He has taken Chelsea into the final, giving them a chance to finish the season on a high note after labouring in the Premier League.

The champions looked to have run out of steam, to be plodding towards a fifth or even sixth place under their demanding coach.

Reaching another FA Cup final, returning to Wembley to play United, is a consolation prize.

They lost here last year, beaten by Arsenal when they had the chance to win the domestic Double in Conte’s first season in English football.

One year on and they will be back here, firing it up to face United in the final.

They deserve to be there, just about.

Chelsea were a shade more adventurous, a touch more ambitious than Saints.

Willian, furious with the decision to substitute him after 63 minutes, created their best chance in the first half.

They deserve to be there, just about.

Chelsea were a shade more adventurous, a touch more ambitious than Saints.

Willian, furious with the decision to substitute him after 63 minutes, created their best chance in the first half.