Labelled the ‘forgotten horse’ of the Sun Racing Stayers’ Hurdle, last year’s Albert Bartlett winner was the horse to take out of a recent away day. 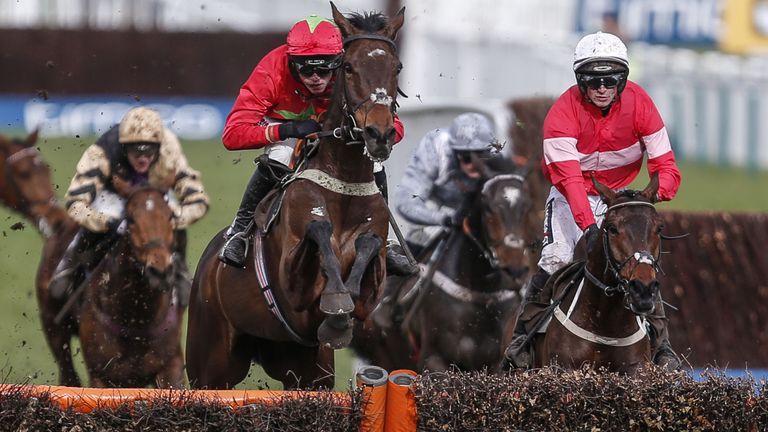 It was no ordinary workout with Tizzard trucking Native River, Elixir De Nutz and Master Debonair amongst others, to Wincanton.
Available at 20-1 for the Thursday feature, Tizzard has said he’s as fit as he can be after a lay-off.

Speaking at his yard on Monday, he said with a glint in his eye: "For a three-miler, at Wincanton he was right upsides Master Debonair and Native River.

"He went really well, he was the one to take out of those that afternoon.

"He was going novice chasing and he went well the first time when he won. Then at Newbury he ran no sort of race and split the last.

"He had six weeks off but ever since we started back he’s been straightforwards. He’s been going up twice a day.

"People can crab his performance at Cheltenham, but he won the Albert Bartlett quite easily.

"If they’re not fit now in March we’re in trouble aren’t we? Some will need a bit of a prep but most of ours seem to go well at this time of year."

Lostintranslation – JLT (Would run in RSA if entered earlier)

Tizzard continued: "Since we switched him back to hurdles we've twice had a go at Paisley Park. We got quite close to him at Ascot, and at Cheltenham we were not quite so close, but we did beat the rest.

"We have this idea that he doesn't want to be in a crowd, but I don't really agree with that. Next time we are going to find out where Paisley Park is and sit on his tail, and when he goes go with him.

"We've been in front of him the last twice, and he has done us properly for stamina. It would be lovely to sit and bring him late on – that would give him half a chance."