THE Cheltenham Gold Cup is the biggest jumps race of the season and this year's race is shaping up to be a humdinger.

The showpiece of the Cheltenham Festival is just over aweeks away, so check out our ultimate guide to the big one. 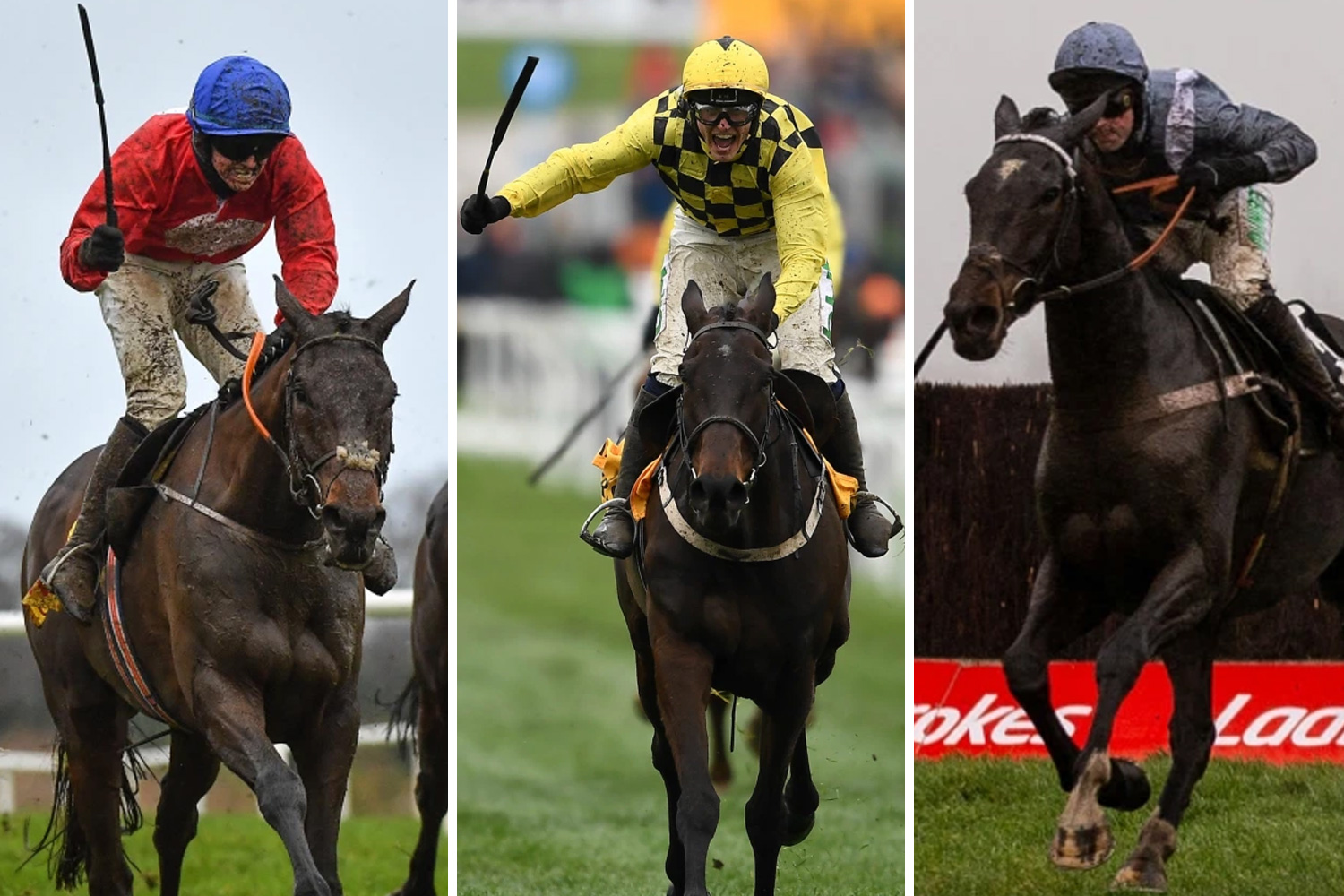 Paddy Power: New Customer Offer. Place a £5 single racing bet, min odds 1/5 (1.2) and get £20 in free bets. You will also get an additional £5 in free bets for each day of the Cheltenham festival (£40 in total). Only deposits made using cards or Apple Pay will qualify for this promotion. Free bets will be awarded after the qualifying bet has been settled and are valid for 30 days. T&Cs apply. Paddy's Rewards Club: Get a £10 free bet when you place 5x bets of £10+. T&Cs apply. 18+ Begambleaware.org

Who are the Gold Cup runners?

There are 41 entries at this stage for the Gold Cup, which is due to take place on Friday 19 March at 3.05pm.

The potential field are headed by dual winner Al Boum Photo, while last year's second and third, Santini and Lostintranslation, are also entered up.

As we get closer to the big day, there will be a series of forfeit stages, in which any of the 41 entries can drop out if they have no intention of running.

The final field will be declared two days before the big race. Check out the full list of entries below.

A Plus Tard (Henry de Bromhead)

Who are the big contenders and what is the latest betting?

Minella Indo (10-1): Close second in last year's RSA Chase. Unseated rider early at Leopardstown over Christmas but easy winner at ? before that.

A Plus Tard (10-1): Very talented horse over shorter distances but proved he stayed three miles with thrilling win in the Savills Chase at Leopardstown.

Santini (11-1): Went agonisingly close in last year's Gold Cup and caught the eye when fifth in the King George on Boxing Day.

Champ (12-1): Stayed on late to win last season's RSA Chase but hasn't been seen since then.

Frodon (16-1): Made all the running to win the King George last time and has plenty of top-class form around Cheltenham

Top tips and antepost preview for the Gold Cup

Trainer Willie Mullins is again following his tried and tested route back to Cheltenham, with the horse winning easily at Tramore on New Year's Day. He will go straight to Cheltenham now.

While he ran out a wide-margin winner in the end, he was niggled along by Paul Townend for much of the race and his clear margin of superiority over his rivals saw him through.

He benefited from being well-positioned in a steadily-run Gold Cup last season, something which can not be said of SANTINI, who is my idea of the winner. 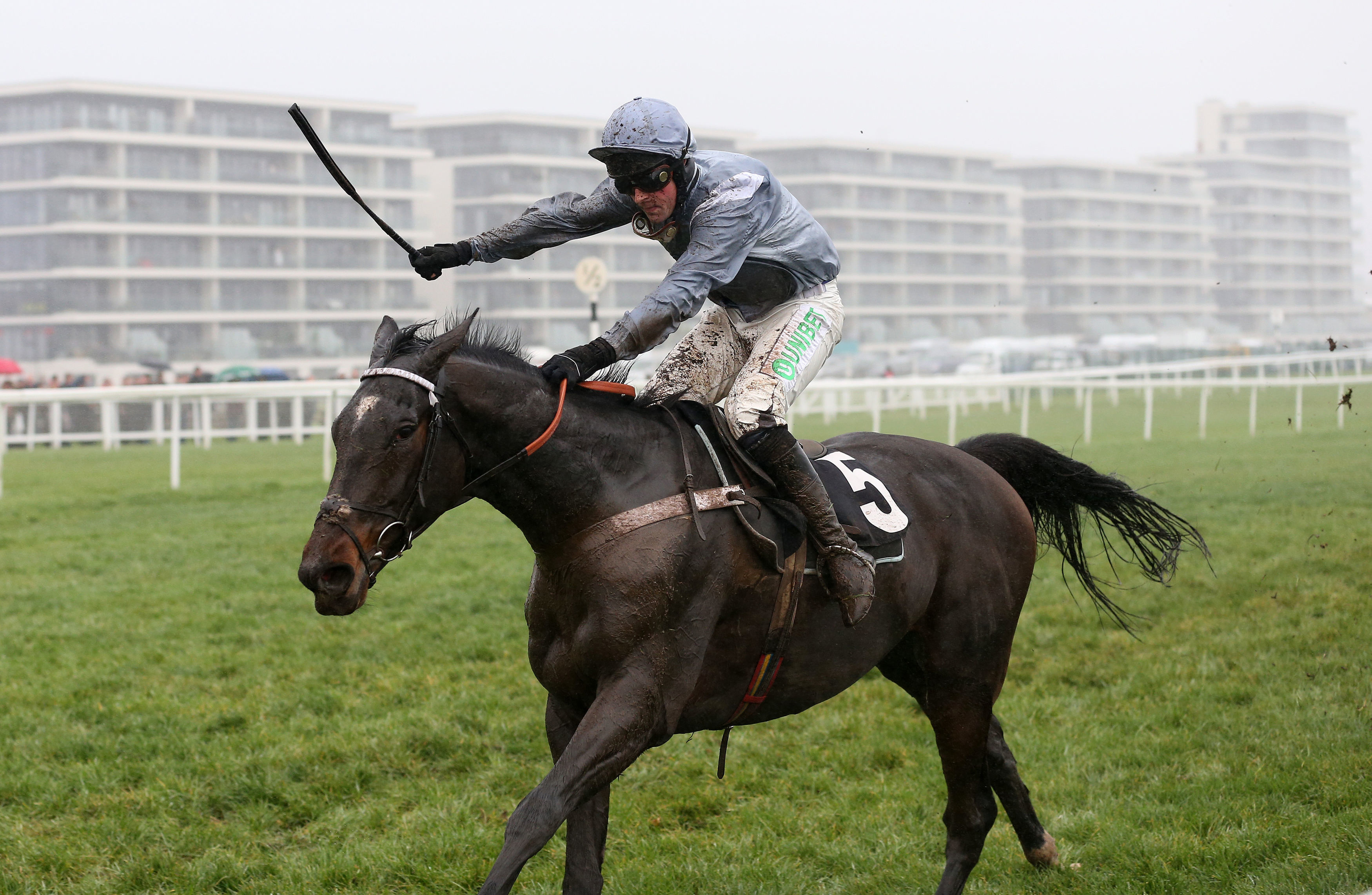 Say what you like about Nicky Henderson's huge chaser, but one thing he does very well is stay. He was unlucky not to win in 2020 and would have caught Al Boum Photo in a few more strides.

Henderson knows that, and he also knows how to get one to peak at Cheltenham. He's been doing it for years and years.

They will make more use of his stamina this time around and it wouldn't surprise me if he were to be fitted with some new form of headgear come March – after all, the fitting of cheekpieces helped him run huge last year.

His recent fifth in the King George, when he was outpaced in a tactical affair and ran on strongly at the death, was a perfectly good Gold Cup trial and I would be very confident that he can turn the form around with the four who finished ahead of him.

Minella Indo and Champ are interesting. The former paid the price for going too hard when run down in the dying strides by Nicky Henderson's horse in last year's RSA.

He is a very talented eight-year-old but I'm not convinced he is as thorough as stayer as some of these.

The main worry with Champ is his wellbeing; we haven't seen him since last year's Festival. If Hendo can get a run into him soon, he could be a massive contender.

And let's not forget A Plus Tard, who stayed on dourly to win the Savills Chase over Christmas. He should be fine over the Gold Cup trip and is definitely a player.

Frodon was a memorable winner of the King George on Boxing Day and we know he loves it around Cheltenham. He can never be discounted and is a lively outsider.

But with 70 days to go, Santini is currently the bet.