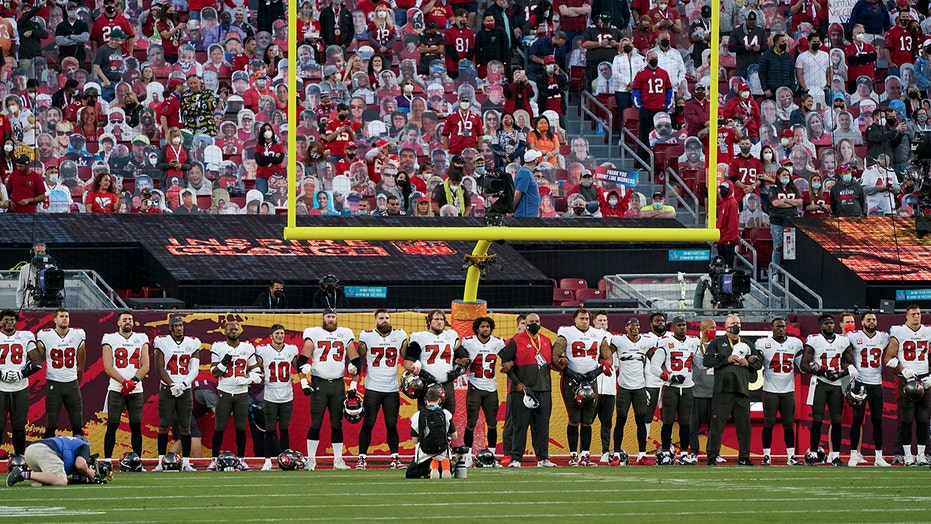 The NFL looked to finish the 2020 season the way it started – unified.

“Lift Ev’ry Voice and Sing” was played minutes before the start of Super Bowl LV between the Kansas City Chiefs and Tampa Bay Buccaneers. Players from both teams stood on the goal line of their respective end zones and locked arms during Alicia Keys’ rendition of the song.

The decision to play the song came in wake of the death of George Floyd and the shooting of Jacob Blake, which led to nationwide protests over racial inequality and police brutality.

NFL Commissioner Roger Goodell put out a video over the summer admitting that the league was wrong for not listening to their players when they knelt during the national anthem to protest racial injustice and police brutality.

“We, at the National Football League, believe Black Lives Matter,” Goodell said in the video. “I personally protest with you and want to be part of the much-needed change in this country.

“Without black players, there would be no National Football League and the protests around the country are emblematic of the centuries of silence, inequality, and oppression of black players, coaches, fans, and staff. We are listening, I am listening, and I will be reaching out to players who have raised their voices and others on how we can improve and go forward for a better and more united NFL family.”