CHRIS EUBANK JR and Liam Williams have confirmed they will fight on December 11 in Cardiff to settle their long-running feud.

SunSport exclusively revealed in September that Eubank Jr was ready to fight Williams after shelving plans to box Gennady Golovkin until next summer. 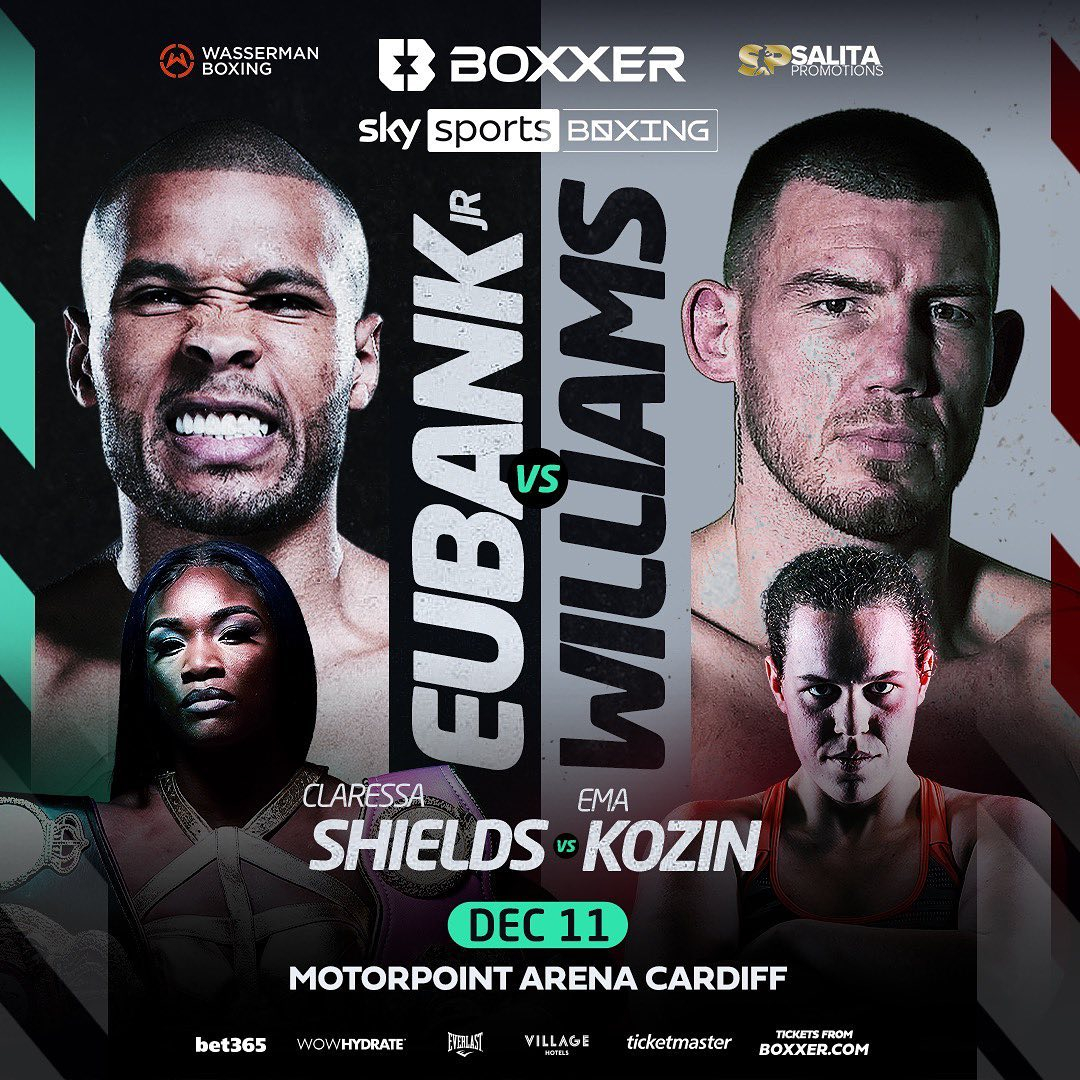 Eubank Jr and Williams have been at each other’s throats on social media ever since.

But the pair will finally settle scores in front of a packed crowd at the Motorpoint Arena next month.

WBA title contender Eubank Jr declared: "Liam Williams has been saying a lot to try to catch my attention and bait me into fighting him.

"It’s now got to the point where everyone is asking me to shut him up, and on December 11, I’m going to give the people what they want.

"As I’ve said, I’m only involved in big fights from now on and this is the fight people want to see. They want to see if Williams can back up what he’s been saying – which he won’t.

"I’m on a mission towards world titles and Liam Williams is someone I’ve got to go through to get there. I’m looking forward to shutting him up."

Williams responded: "I'm very excited to get the fight made. It's been coming for a long time.

“I can't wait to shut his mouth once and for all. There's nothing like a big domestic showdown to get the juices flowing.

"A lot of people have been calling for this fight for a long time. I personally think it’s the biggest all-British fight outside of AJ and Fury.

"I’m really excited and just counting down the days. I’ve not been that impressed with Chris’ recent performances.

“People are talking about how he’s brought Roy Jones in to improve him, but if I’m being totally honest, I don’t think he’s improved one bit.

"A win in this fight and possibly even a stoppage over Eubank and my name is going to be well and truly out there and in the mix for world titles.”