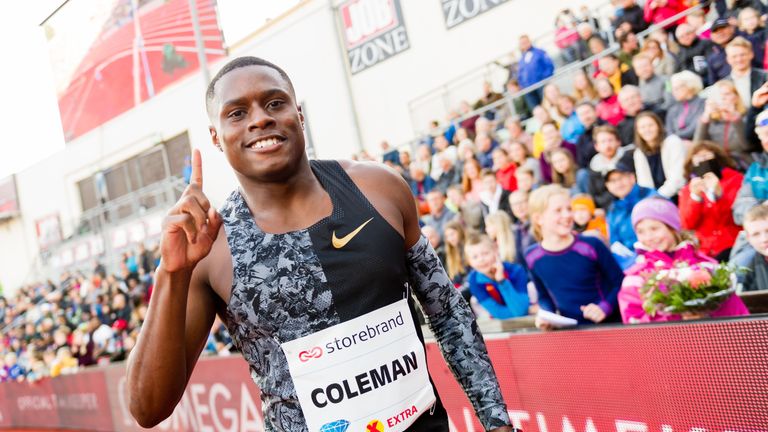 Sprinter Christian Coleman will be eligible for this month’s world championships and next year’s Olympics after the US Anti-Doping Agency dropped his case for missed tests because of a technicality.

Coleman faced a possible sanction for three ‘whereabouts failures’ over a 12-month period. That meant he either did not fill out forms telling authorities where he could be found, or he was not where he said he would be when they came to test.

But the World Anti-Doping Agency’s interpretation of the rule backdated his first failure to April 1, 2018, instead of the date it actually occurred, June 6, 2018. His final failure was April 26, 2019. USADA said because there were not three failures within 12 months it would not pursue the case.

“In this case, we applied the rules to Mr Coleman in the manner that USADA understands should be applied to any other international-level athlete. We must approach every case with the primary goal of delivering fairness to athletes under the rules and providing transparency and consistency in order to build their trust and support for the anti-doping system.”

USADA said in 2018 and 2019, Coleman has provided his whereabouts information on time every quarter and has been tested by USADA on 20 separate occasions.

Both WADA and the organisation that handles doping cases for track’s international federation has the right to pursue the case, though it is not expected they will.

Shortly after details about the case went public, Coleman released a statement saying “what has been widely reported concerning filing violations is simply not true” and that he expected to be cleared.

Had WADA authorities not given him a friendly interpretation of when the clock starts on a whereabouts failure, he could have faced a case with a potential for a two-year ban. An interpretation of the rule in the official WADA document says a “filing failure will be deemed to have occurred on the first day of the quarter for which the athlete fails to make a (sufficient) filing.”

In this case, the first day of the quarter was April 1. Coleman’s “filing failure” not being where he said he would be for a test came on June 6 because he was not in the place he said he would be in the form filled out on April 1. This rule is being rewritten to eliminate confusion for a new version of the code, which takes effect in 2021.