ACT co-captain Christian Lealiifano is set to make his comeback when the team needs him the most as the Brumbies prepare to fight for their Super Rugby season on Saturday.

Lealiifano is expected to return to the Brumbies' starting XV for the first time in almost a month after he was rested from two games to manage his work load. 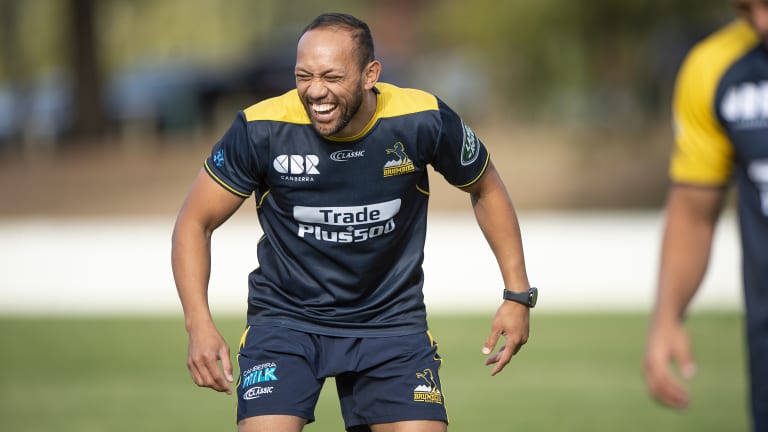 Christian Lealiifano is set to make his comeback on Saturday.

It will be a welcome boost for the Brumbies, who need to beat the Melbourne Rebels at Canberra Stadium on Saturday night to keep their season alive.

Lealiifano will add experience to the Brumbies' back line and calmness under pressure in what looms as a make or break Australian derby.

Brumbies coach Dan McKellar is also set to call on teenage back-rower Rob Valetini, but star flanker David Pocock is racing the clock to recover from a calf injury.

The Brumbies have been hit by a back-row injury crisis this year and Pocock's potential absence would be another blow to a long list of unavailable players.

Valetini injured his knee 20 minutes into his debut in round one, but his comeback will be timed to offset the absence of Naisarani.

It's a chance for Valetini to restart his Super Rugby career, but his under-20s World Cup hopes hinge on the Brumbies' injury woes.

The Brumbies are working with Rugby Australia to determine Valetini's junior Wallabies availability given the under-20s tournament clashes with Super Rugby fixtures. 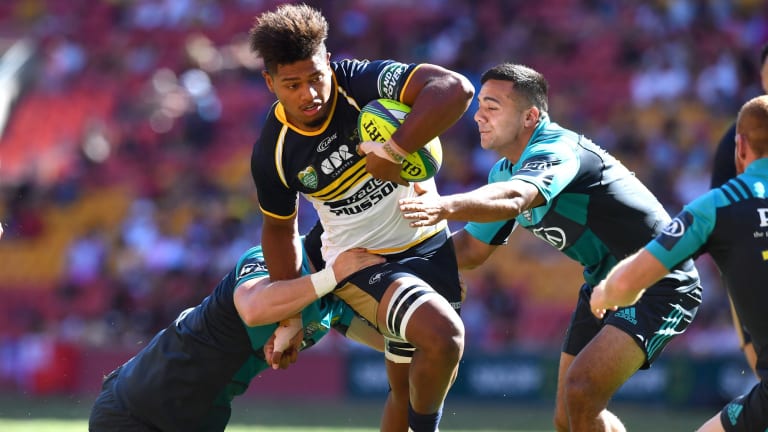 Brumbies flanker Rob Valetini is set to return against the Rebels this week.

The Brumbies will fly to South Africa for a two game tour after the clash against the Rebels. At the same time, the junior Wallabies will assemble in Canberra for a pre-World Cup camp.

The junior Wallabies will play pool games against Wales, Japan and New Zealand, with the World Cup to start in France on May 31. Given the Brumbies injuries, it's likely Valetini will stay with the ACT squad.

It is hoped Naisarani (ankle) will recover from injury in time to join the squad for the tour of South Africa, while McCaffrey could make a surprise return from a dislocated elbow this week.

McKellar will make at least two changes to his team after Naisarani was ruled out and winger Chance Peni was suspended for five weeks.

The Brumbies need to beat the Rebels to keep their season alive before a two-game tour of South Africa to play against the Johannesburg Lions and Pretoria Bulls.

The Brumbies are fourth on the Australian conference and another stumble against the Rebels would all but end their hopes of making the finals this year.

"[The Rebels] have lost four or five on the trot now and we've lost three or four. It's a big game for both clubs, it's a must win for us and we know we need to put in an 80-minute performance to be proud of."