A late equaliser by substitute Dario Vidosic has earned Melbourne City a 1-1 A-League draw with Central Coast in Gosford, where Usain Bolt wasn't among the crowd of 7144. 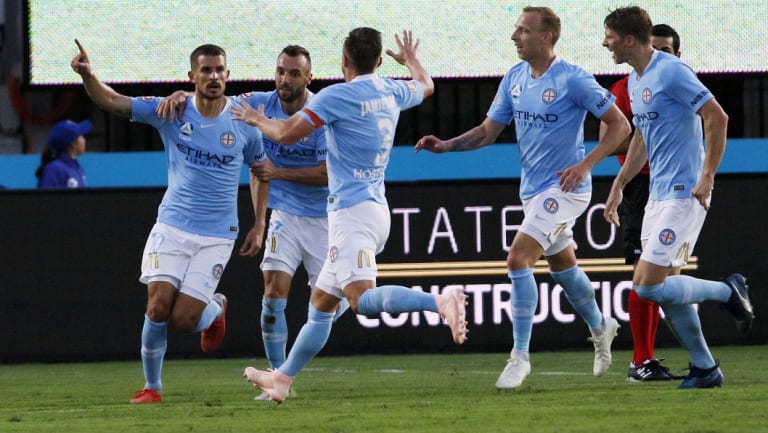 Dario Vidosic of City (left) celebrates scoring a second-half goal to grab a draw from the Mariners.Credit:AAP

Ross McCormack's first goal for the Mariners, coming in the 21st minute and against his former club, looked like proving the difference at Central Coast Stadium on Saturday.

But Vidosic entered the fray in the 73rd minute and found the the net in the 84th after a scramble in the penalty area. The ball rebounded off several players before falling sweetly for the former Socceroo.

It was the 17th consecutive away game in which City have scored, an A-League record, but coach Warren Joyce was far from content.

"We've got to make the most of the chances we created. Too many chances went begging," Joyce said.

"We had some great opportunities to score goals, we've got to be more ruthless."

City were furious when both the on-field and video referees dismissed their pleas for a penalty in the 75th minute, when striker Bruno Fornaroli was stopped in the box by Mariners defender Kalifa Cisse.

Another heated moment came early in the first half, when Mariners captain Matt Simon floored City keeper Eugene Galekovic and defender Iacopo La Rocca while leaping for a high ball.

Bolt, who has been offered a contract by the Mariners but is no longer training with them, didn't attend the fixture.

The eight-time Olympic gold medallist is holding out for a bigger offer with the help of a third-party sponsorship, but the expectation is the world's fastest man will end his timeless trial within the next week. 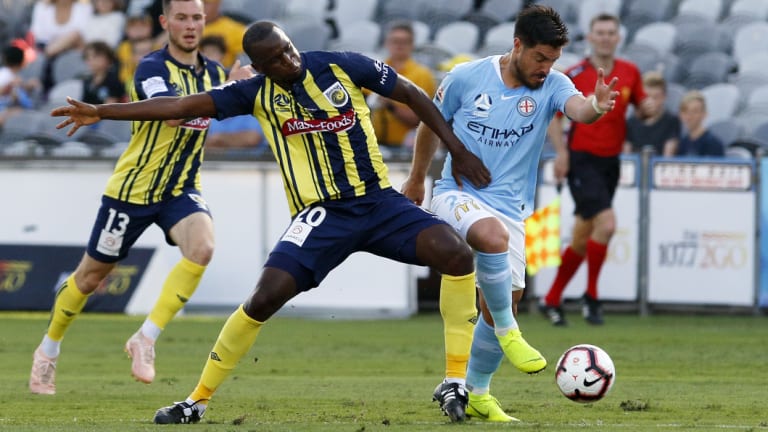 Mike Mulvey, appointed coach earlier this year after the Mariners finished with the wooden spoon, has gone to great lengths to remove himself from Bolt negotiations.

"What is really key here – and I think all Mariners fans will join me in (saying this), I'm sure Usain is the same – is it's not about him today.

"It's about the players who have just put in a fantastic shift.

"Melbourne City deserved that equaliser but my players didn't deserve to concede it."

McCormack, on loan from Aston Villa after a stint at City, was lively throughout the game and only denied a brace by a fantastic save from Galekovic.

McCormack's goal came after a wayward clearing header from La Rocca, who gifted the ball to Connor Pain.