The Wests Tigers' sudden NRL downturn cannot be narrowed down to a single issue, according to coach Ivan Cleary. 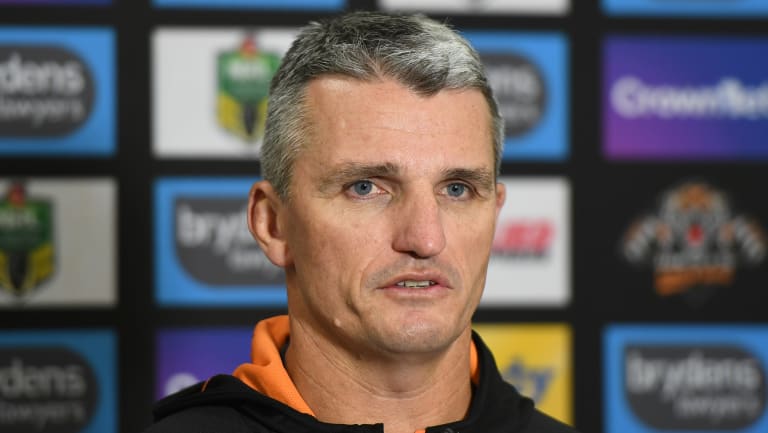 “It was a different game tonight. They were too good”: Ivan Cleary.

The early-season surprise packets are in danger of falling out of the top eight for the first time this year after being shut out by Penrith 16-2 at Panthers Stadium on Thursday night.

The defeat was their fourth in their past five matches, stripping Cleary's side of any momentum they gained from opening the season with five wins in six weeks.

Asked whether there was a common trend in their losing run, Cleary said: "No, not really. They're all different. All different circumstances.

Cleary bemoaned the poor kicking display from his halves, whose forwards were kept on the back foot for most of the night by a dominant Panthers pack.

Bench forward Alex Twal was the only forward to crack the 100-metre mark, while Cleary also lamented the combined 22 penalties that denied any real fluency in the match.

"It was the sort of game where we never really found any rhythm in our attack," he said. "We started OK, but the rush of penalties didn't allow us to find rhythm and after that, their line speed did the same.

"We got to halftime and we just hadn't really found any rhythm. They just got a sense that they could smell the game from there. Second half we just spent the whole half in our end."