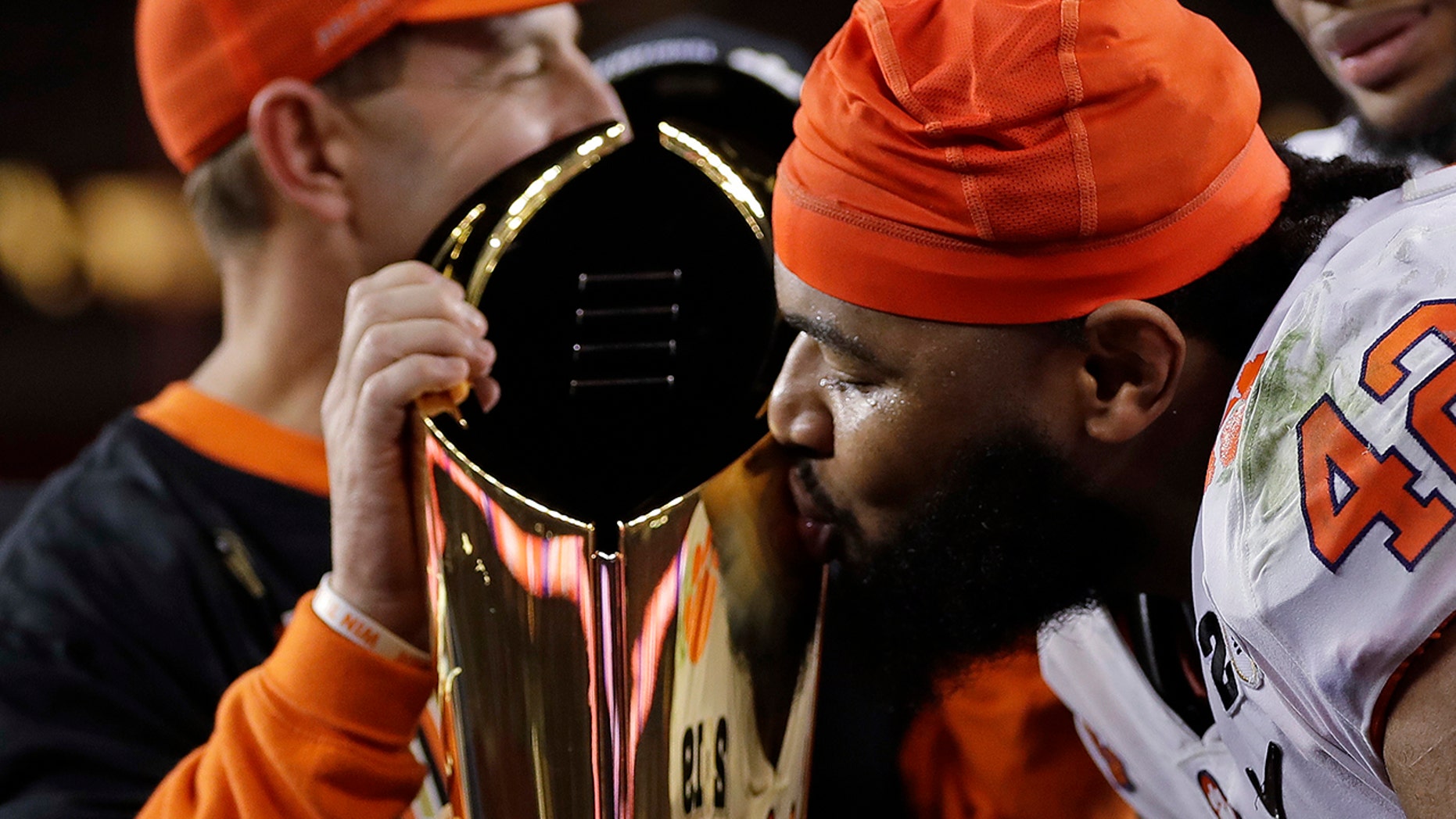 After the game, an overjoyed Tigers defensive lineman Clelin Ferrell joined his teammate Christian Wilkins at the podium and gave a small speech of his own aimed at potential recruits.

“If you want to come to a program where you gotta worry about your coach all up in the locker room, dancing, come to Death Valley,” Ferrell and Wilkins said in unison.

Ferrell and Wilkins’ speech was a nod to former Death Row Records executive producer Suge Knight, who gave one of the most memorable speeches in hip-hop award show history at the 1995 Source Awards.

“Any artists out there that want to be an artist and want to stay a star and don’t want to have to worry about executive producers trying to be all in the videos, all on the records dancing, come to Death Row,” Knight said at the time in the middle of an East Coast-West Coast rap rivalry.