American sport's longest-running joke finally came to an end after 635 days without a victory. 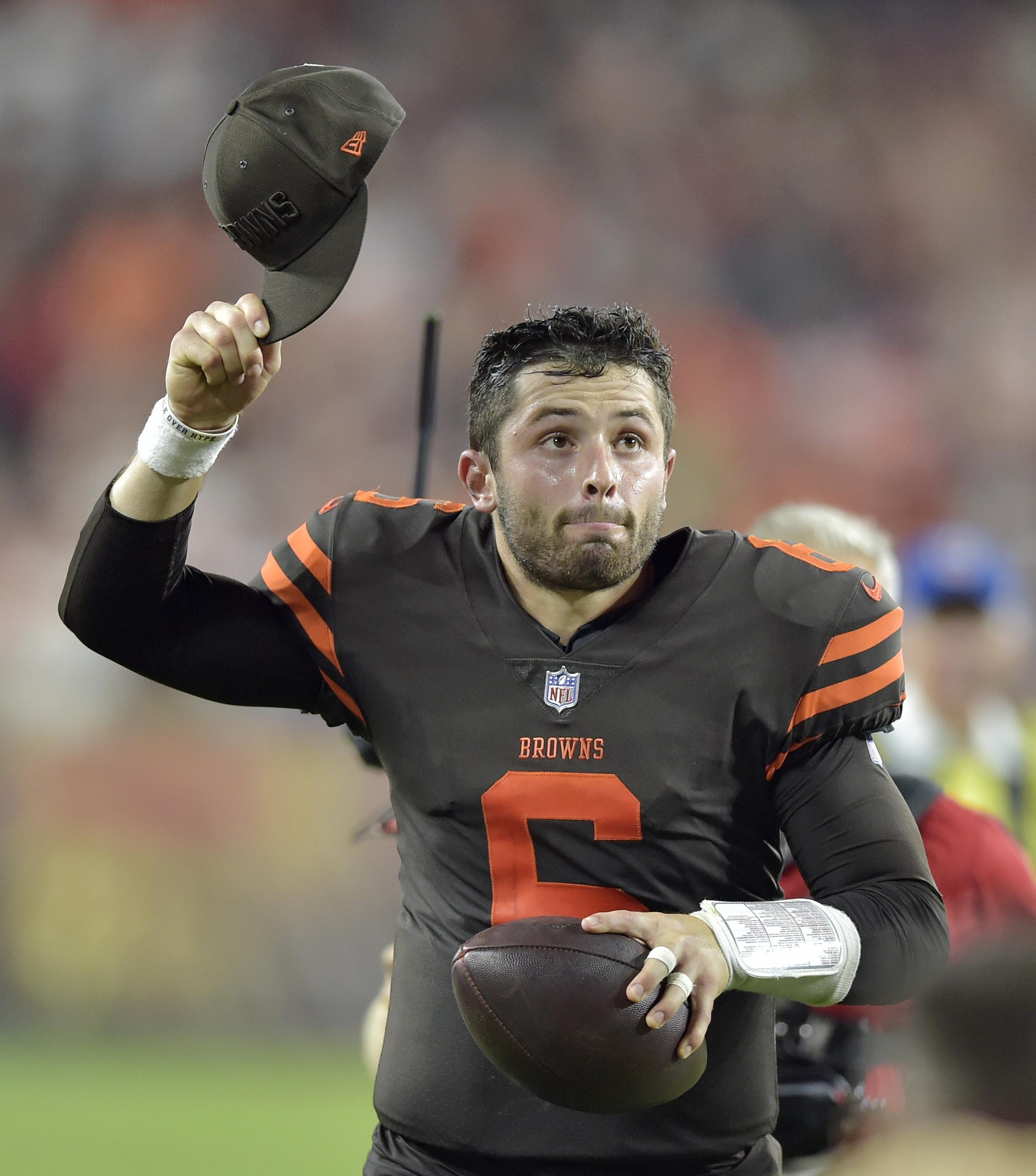 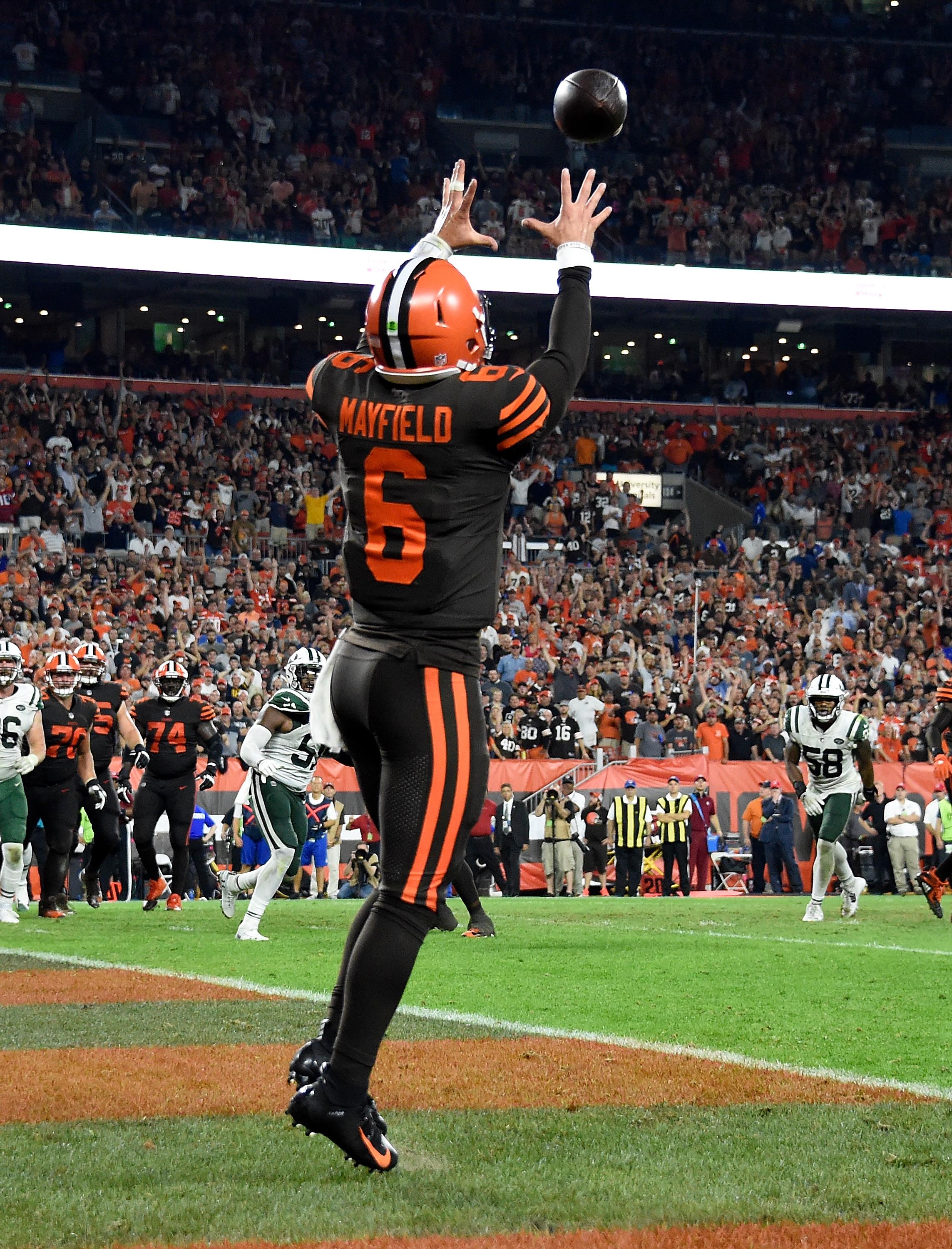 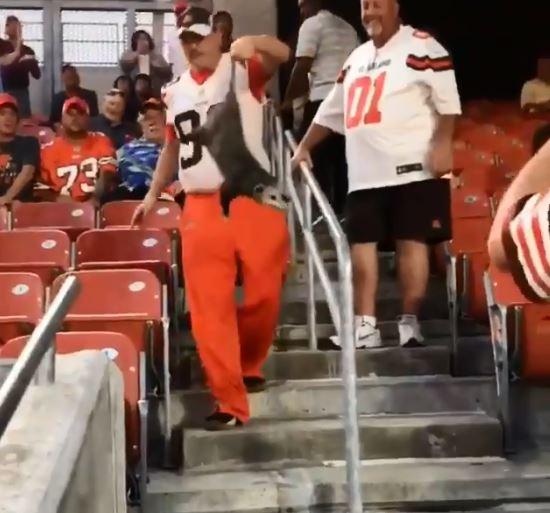 But after quarterback Tyrod Taylor was replaced by replacement Baker Mayfield during the second quarter, the Browns took the game by the scruff of the neck.

Opponents New York Jets raced to a 14-0 lead at the FirstEnergy Stadium, which had fans thinking it was another one of those nights.

The Browns had not won since Christmas Eve 2016, when they beat the San Diego Chargers for their only triumph of the entire 2016 season. 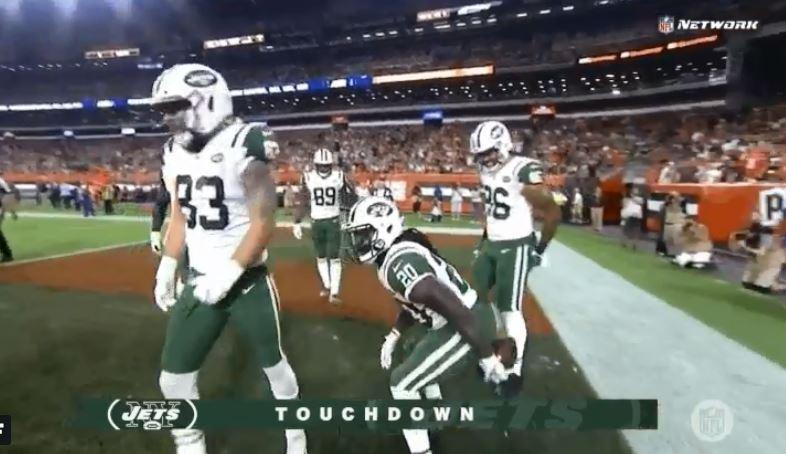 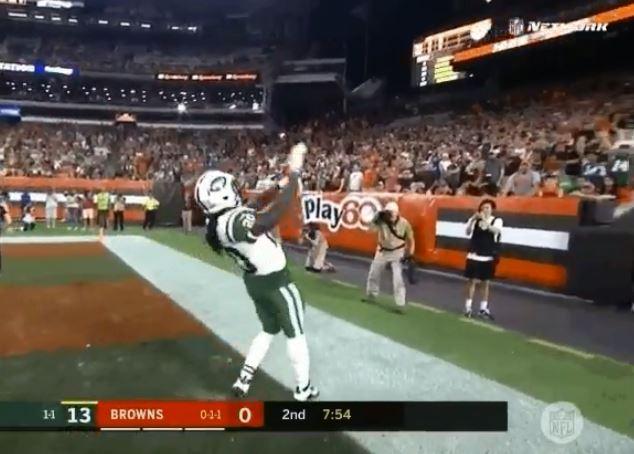 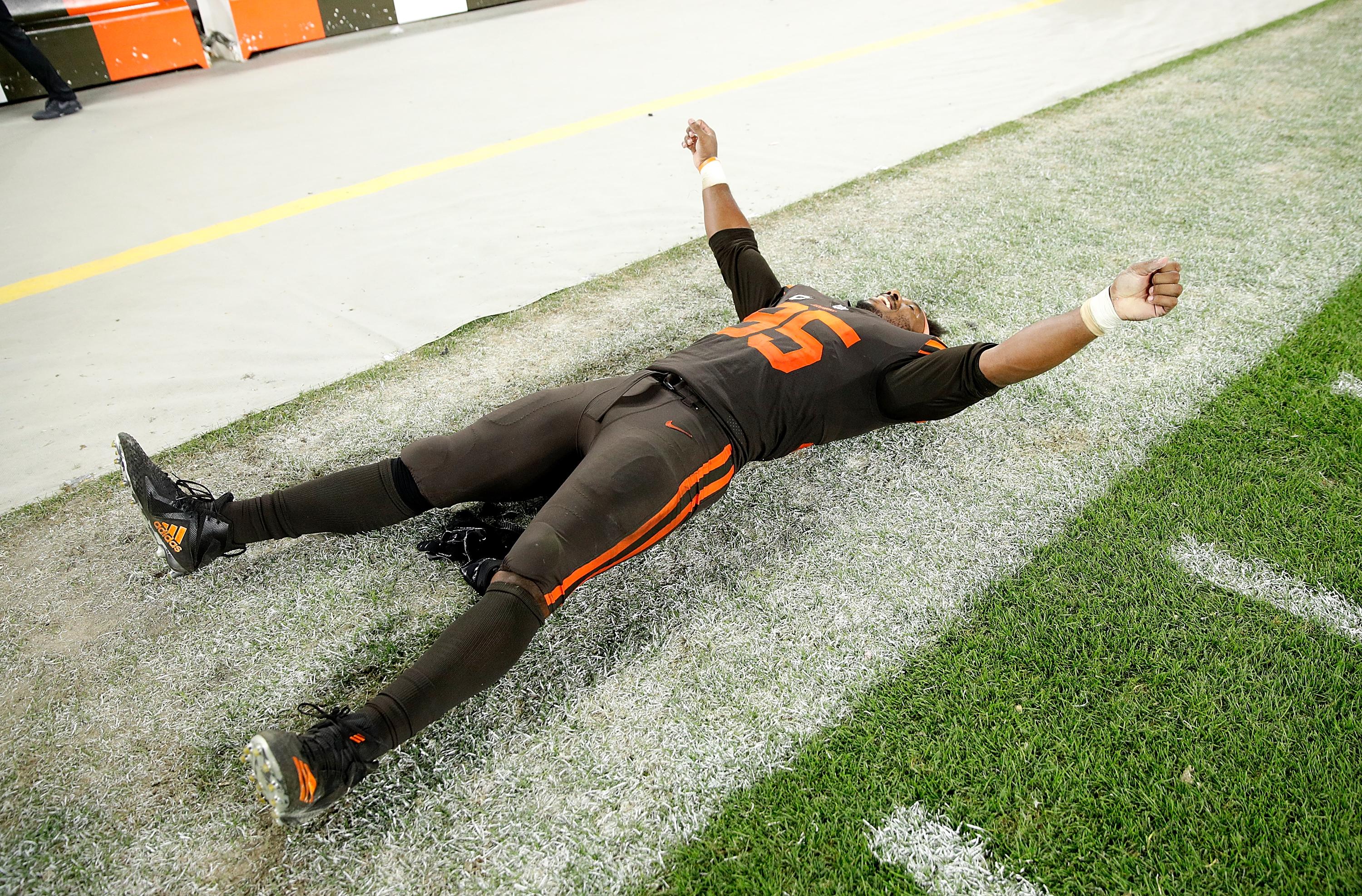 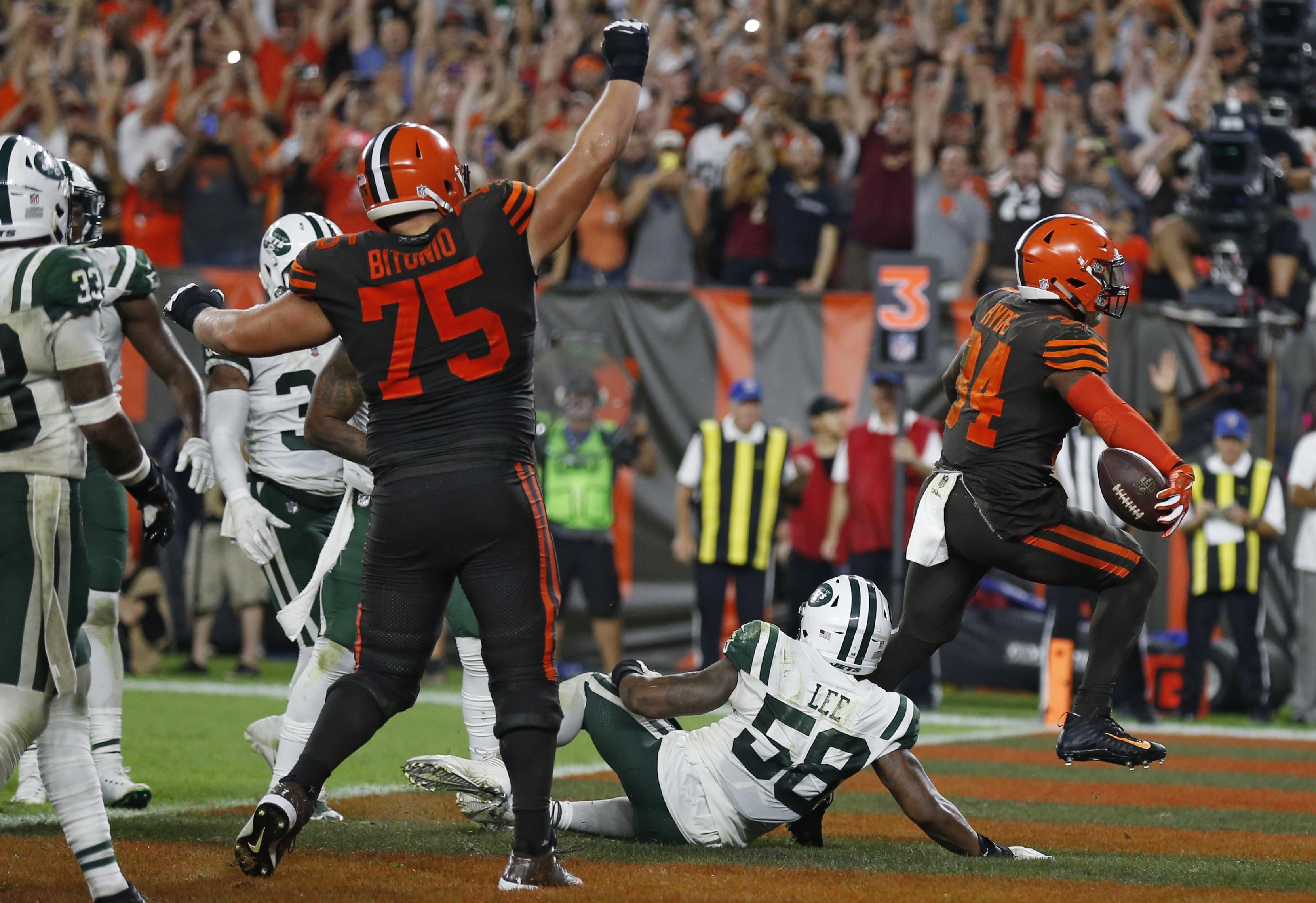 And last year got even worse, as they went the entire year without a win.

Given their status as the NFL's worst team, the Browns have had their fair share of high picks in the draft in the last few seasons.

But so much talent has failed to shine in Ohio, including Corey Coleman, who the Browns released so he could join the Patriots last week.

A supporter in the stands managed to bag a stray possum who was wandering around the seating area, who is now being hailed as the team's lucky charm. 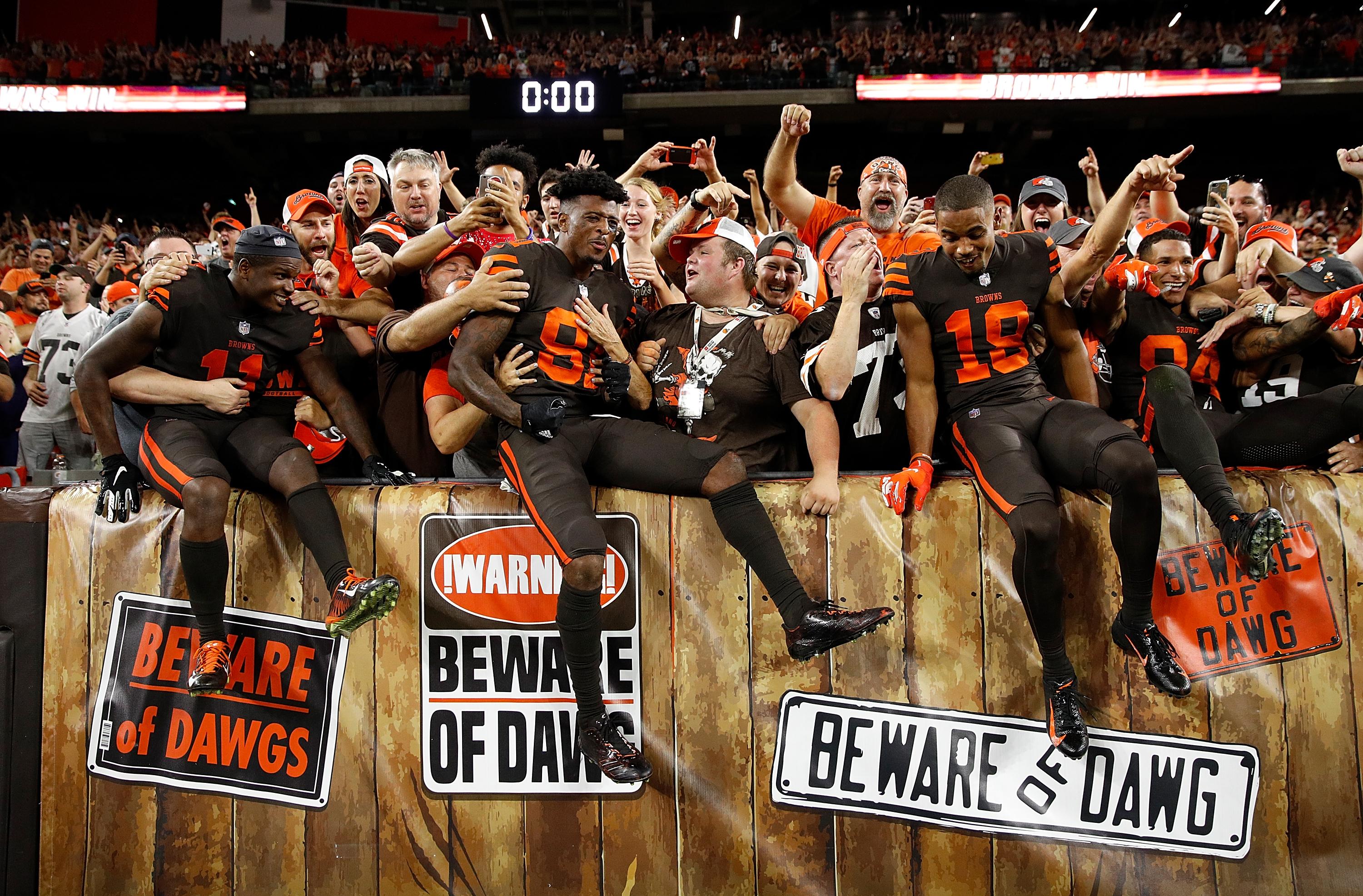 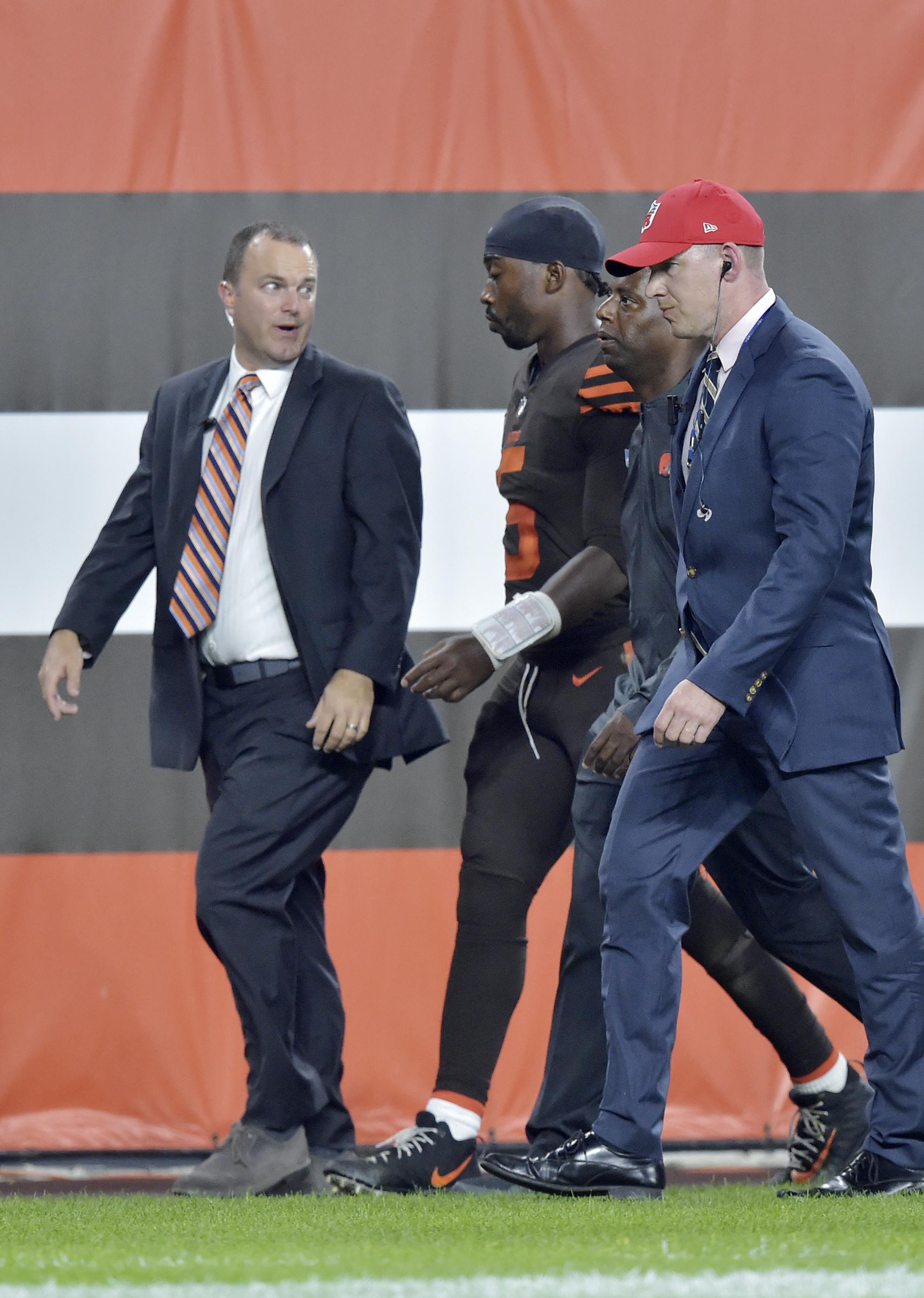 The animal was picked up by the supporter by the tail, as it squirmed and was dropped into a cardboard box.

Meanwhile the Browns completed their victory Carlos Hyde went over for a rushing touchdown with just over two minutes to go, before they scored the extra point.

One plucky beer supplier took advantage of the victory by giving fans free fridges of beer after the game.