It was great to see James 'Chucky' Stannard embracing his new role as coach and mentor to the men's and women's sevens teams this week.

Stannard was felled by a coward punch in Coogee in March, forcing him to surrender his dream of finishing his playing career on a high at the Sevens World Cup in San Francisco this month. 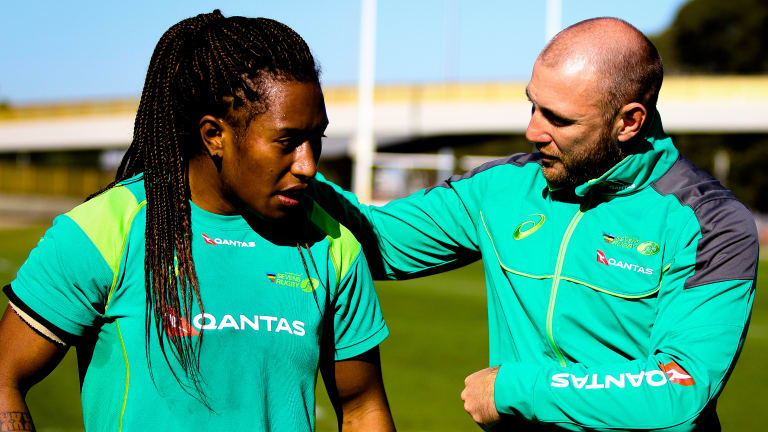 Coach Chucky: James Stannard talks to Ellia Green ahead of the Australian squads’ departure for the Sevens World Cup.

But the 35-year-old wasted no time lamenting lost opportunities and has embraced his next chapter as assistant coach to the women. He was at training at Moore Park on Monday, at times observing with the other coaches and also getting into the thick of the action with the players.

Izzy on the move too?
The Waratahs told The Cauliflower this week that they were making good progress on talks to re-sign Israel Folau but the rumour mill is still churning out speculation the dual international is destined for Ballymore next season.

No matter that the Reds still haven't been able to move on their expensive, high-profile cast-offs Quade Cooper and Karmichael Hunt, Folau appears destined for a meeting of minds with Queensland coach Brad Thorn.

There were a couple of familiar faces at Waratahs training this week. World Cup-winning Australian coach Bob Dwyer and former Wallabies centre Brett Papworth were at Tahs headquarters in Daceyville. The Randwick and Eastwood presidents joined other club bosses for a productive meeting with Waratahs chief executive Andrew Hore, who provided some good news.

"He wanted to bring us up to date with what NSW Rugby are doing in terms of their structure, what development directions they’re looking at and how they want to implement them, how they will impact the clubs," Dwyer told us.

Development officers will be stationed around Sydney to help clubs out as best as possible and there have been trials going on over the last few months on the northern beaches.

If Dwyer, as one of club rugby's biggest advocates, says things are positive, you can take his word for it.

Braids on for Green Machine
Ellia Green was completely overwhelmed by the honour of being named the latest National Champion for the UN Women's National Committee Australia this week, but not so overwhelmed that she forgot her pre-tournament ritual.

Green, who will make her first appearance since the Commonwealth Games in next week's Sevens World Cup, told The Cauliflower her one must-do before a competition was having her hair freshly braided. No big deal, right? Wrong. It takes eight hours for Green's favourite hair-dressers to transform the 25-year-olds' shock of black hair into more than 250 individual braids, but it is a ritual she never, ever misses. 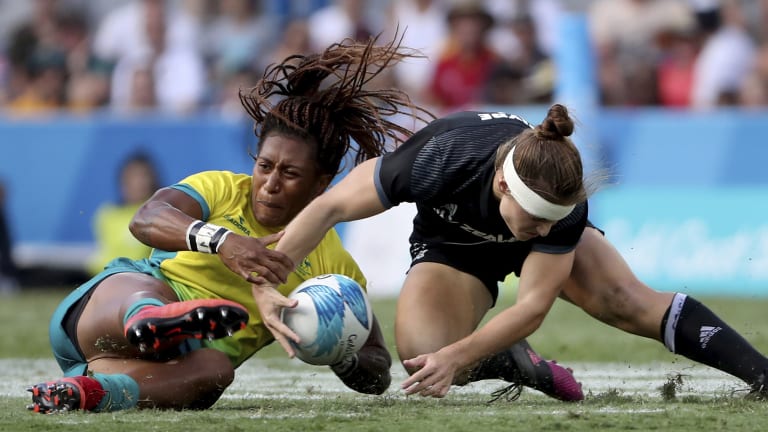 Legend has it she once took the Aussie sevens team's other braid queen, Charlotte Caslick, along for a look-see, but the verdict was that the style was a little on the tight side for her teammate.

As for Green? "The tighter they are, the faster I run," she told The Cauli. Braid ’em up good then, ladies. Australia needs its Green Machine firing on all cylinders in San Fran next week.

Feeding frenzy on for World Cup tickets
Crazy numbers out of Japan on the World Cup ticketing ballots. Officials confirmed this week there had been 2.5 million applications for the 1.8 million tickets on offer for next year's tournament.

Most of the demand came from the top-ranked countries: England, New Zealand, Ireland and to a lesser degree Australia. The next one opens in September and will be open to the general public, but it won't be until January that single tickets will go on general sale. 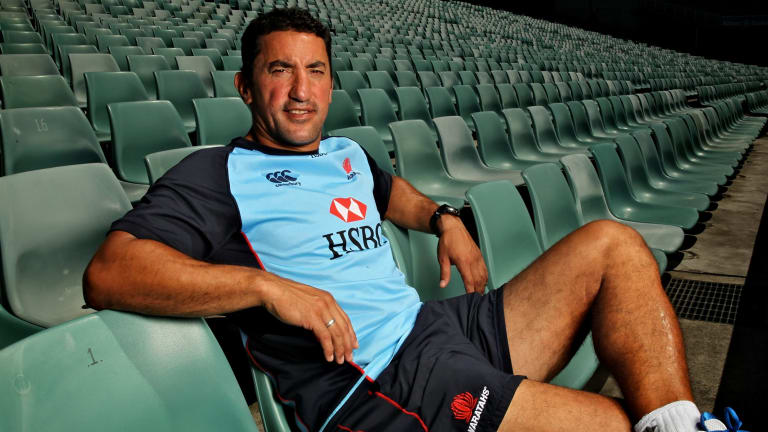 Joining the chorus: Waratahs coach Daryl Gibson is a fan of returning Super Rugby to a simpler format.

Gibson on the same page as Robertson

It's that time of year where coaches, players and administrators argue about the structure of Super Rugby and whether SANZAAR has cracked the code in creating the fairest competition possible.

A day after NSW prop Tom Robertson championed a round-robin format, Waratahs coach Daryl Gibson agreed that was the way forward in his eyes.

"I am certainly one of those joining the chorus for a round-robin format," Gibson said. "When the competition was really simple to follow, to understand, to give every team the opportunity to play together, is certainly one perspective I would support.

"Then again I also support SANZAAR’s stance on the finals series and the conference, and the reason why it was brought in due to getting that participation from all the countries. Inevitably in the finals, the best teams get to the final and I’m sure you’ll see that again this year."