Most South Sydney fans would not even have noticed the change, but Cody Walker – not Adam Reynolds – is the new chief playmaker calling the shots on the field.

After Reynolds broke down with a knee injury in round one, following an injury-plagued summer, coach Anthony Seibold made the ever-so-subtle change to let Walker steer the team around. 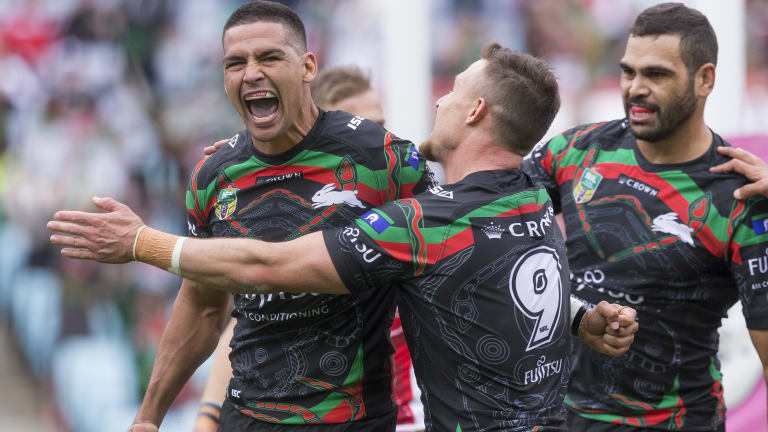 Pulling the strings: Cody Walker has been a stand-out for the Rabbitos this season.

An instinctive and off-the-cuff player, it seems surprising that Walker has been the one lumped with the responsibility. But it has worked – Souths are currently level on points with Melbourne and St George Illawarra at the top of the ladder.

Walker is bound to be a handful for poor old Parramatta on Saturday evening at ANZ Stadium, as Souths try to bounce back from their shock loss to the Wests Tigers last weekend.

Seibold has tweaked a few things since he took over from Michael Maguire, and his decision to hand Walker the keys to the car is arguably one of his most successful – and satisfying.

"It is a real subtle change,'' Seibold said. "Cody has a really good understanding of our game model and how we want to play.

"Also, at the time, 'Reyno' had been in and out with injuries. He missed all the trials, he played round one and got injured again, and missed another month.

"It was in and around that time. Cody hadn’t missed any games or any sessions. I wanted some continuity there. I also thought it was important for Reyno to be able to concentrate on his own game, to organise his edge and organise our end of set.

"I had worked with Cody down at the Storm. He has matured a lot since then. I think he understands the game better now than what he did then. He was very much an instinctive player then.

"He allows Reyno to do his thing. They have both been playing good footy this year. I heard Gus Gould say not long ago that Reyno is in the form of his career. I think he is pretty close to the mark.''

Meanwhile, Seibold responded to the intense speculation linking him to Wayne Bennett's job at Brisbane in 2020. 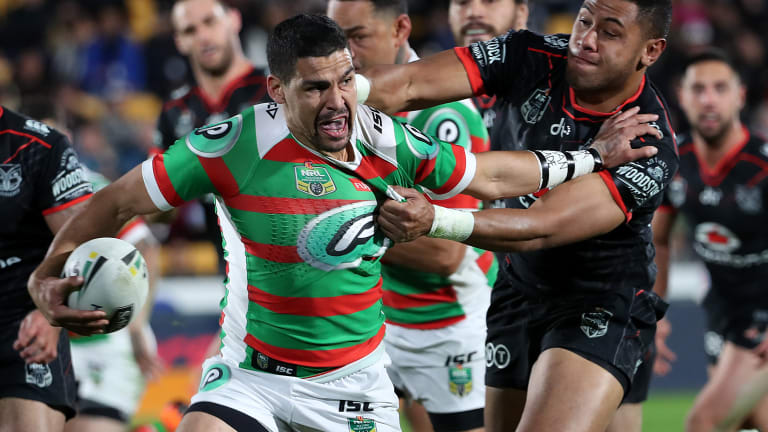 While Bennett was happy for the Broncos to delay any contract talks with him until the end of this season, rookie coach Seibold and Souths are also prepared to wait before they entertain the possibility of a contract extension at Redfern.

"The Rabbitohs offered me an extension to my contract, at the time commercially I didn't think I needed to sign it there and then," Seibold said on Friday.

"I've got a great working relationship with (South Sydney general manager) Shane Richardson, I didn't think I needed to go through a negotiation process in the season.

"So really simply putting the team first I thought it was best we revisit it at the end of the season.

"I don't quite understand the speculation in some ways. I do have a feeling where it has come from but I don't want to talk any further than that."