CONOR McGREGOR gave fans some pull up tips as he continues to train in self-isolation amid the coronavirus pandemic.

The former two-weight UFC champion has posted a series of training clips from his Dublin home as he keeps in shape but urges the public to stay indoors to help beat the spread of the deadly COVID-19 bug. 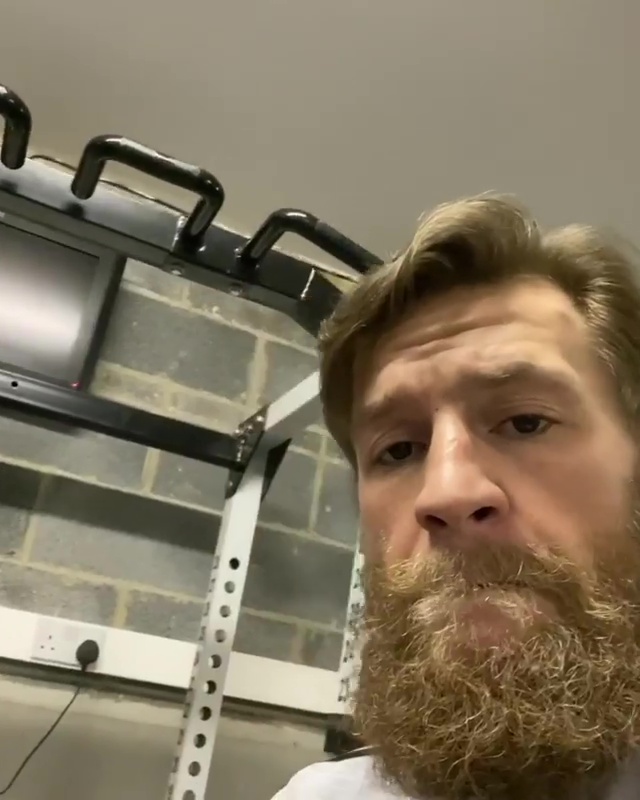 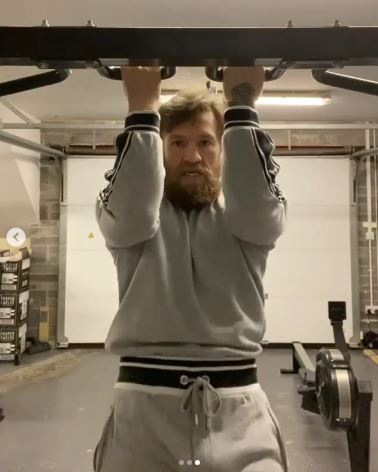 In his latest Instagram post, the 31-year-old shows his followers how to incorporate a good fighting stance while doing ups.

Tucking in his elbows to replicate a boxing guard, McGregor says: "OK, what's up everyone, so I'm going to show you a little trick, alright? What I like to utilise for pull ups.

"When I go down I want to emphasis elbows, I almost want to touch elbows and I also want to extend the arm fully and as you come in bring the elbows in, almost touching each other.

"What it does is slow down the motion, and it build the inner part here (chest) incredibly and if you mimic a fight, with your two hands here tucking in here, everything is so tight and so solid.

"Even if a shot does get through it's like hitting a brick wall. So if you get the strength going through the mid back and the mid chest, you can even see through this big bangy jumper, the pecks are bleadin' solid!"

McGregor’s whole body has completely transformed since he made his UFC debut at 145lb in 2013.

The Irishman held both the featherweight and lightweight titles at the same time and has fought three times at welterweight, with his last bout against Donald Cerrone held at the 170lb limit.

But UFC veteran and now analyst Dan Hardy has warned McGregor the muscle mass he has acquired would be "hard to shift" if he wanted to shrink back down to lightweight for another crack at Khabib Nurmagomedov's title.

Hardy told SunSport: “The question now for me around Conor is what weight class does he fight in? Does he remain at welterweight? Or does he go back down to lightweight? Will he look as strong at lightweight like he did against Cowboy?

“I think as long as he’s on point with his nutrition and he’s got the right people around him making the transition may not be too difficult.”