And McGregor passed on his best for the new arrival by 'liking' Kavanagh's big reveal. 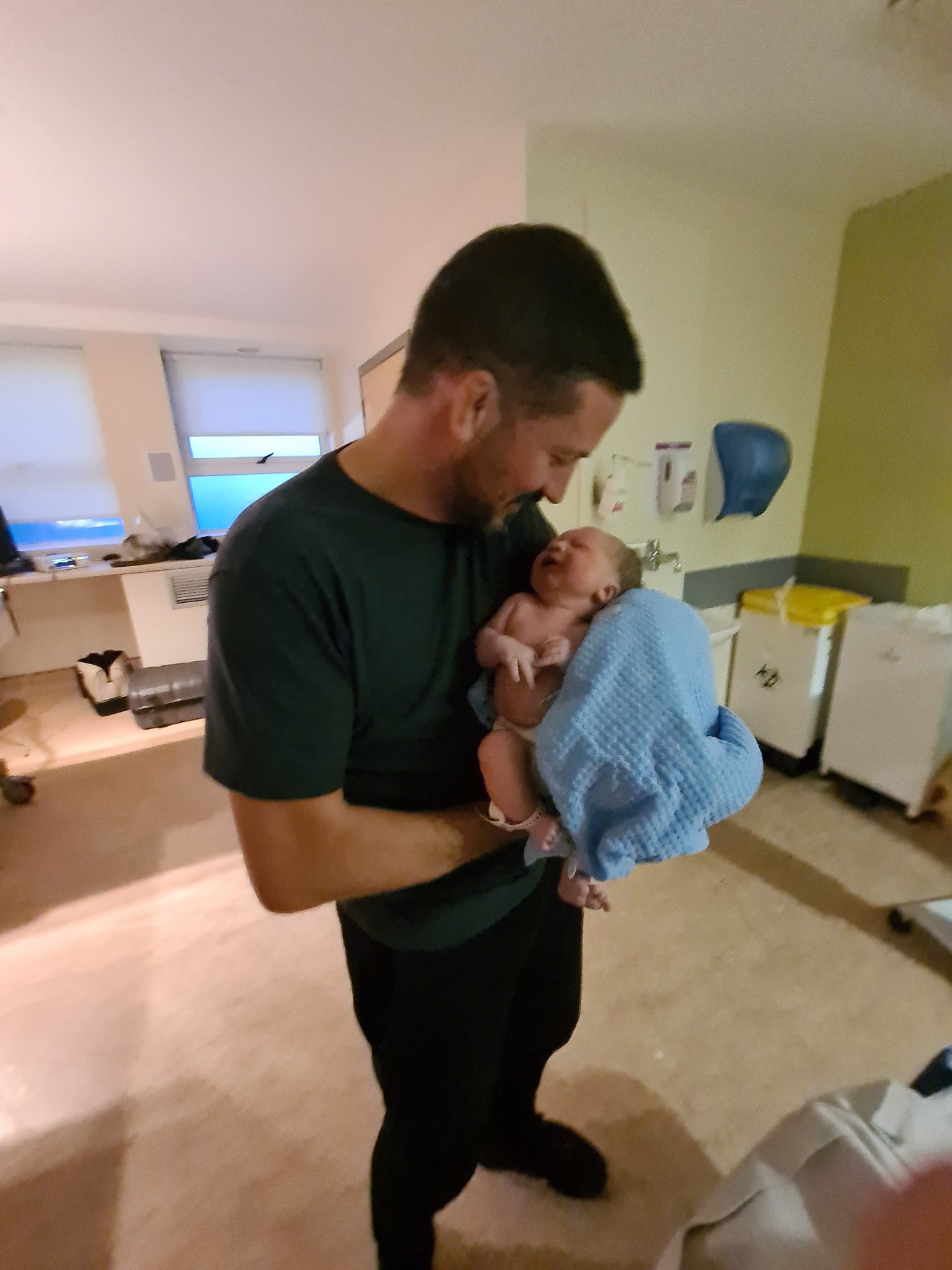 The first showed Kavanagh holding his son, captioned "The champ is here".

And the second showed weighing scales. The Irishman captioned this: Scales set up. Junior due to step on them on them in a few hrs. 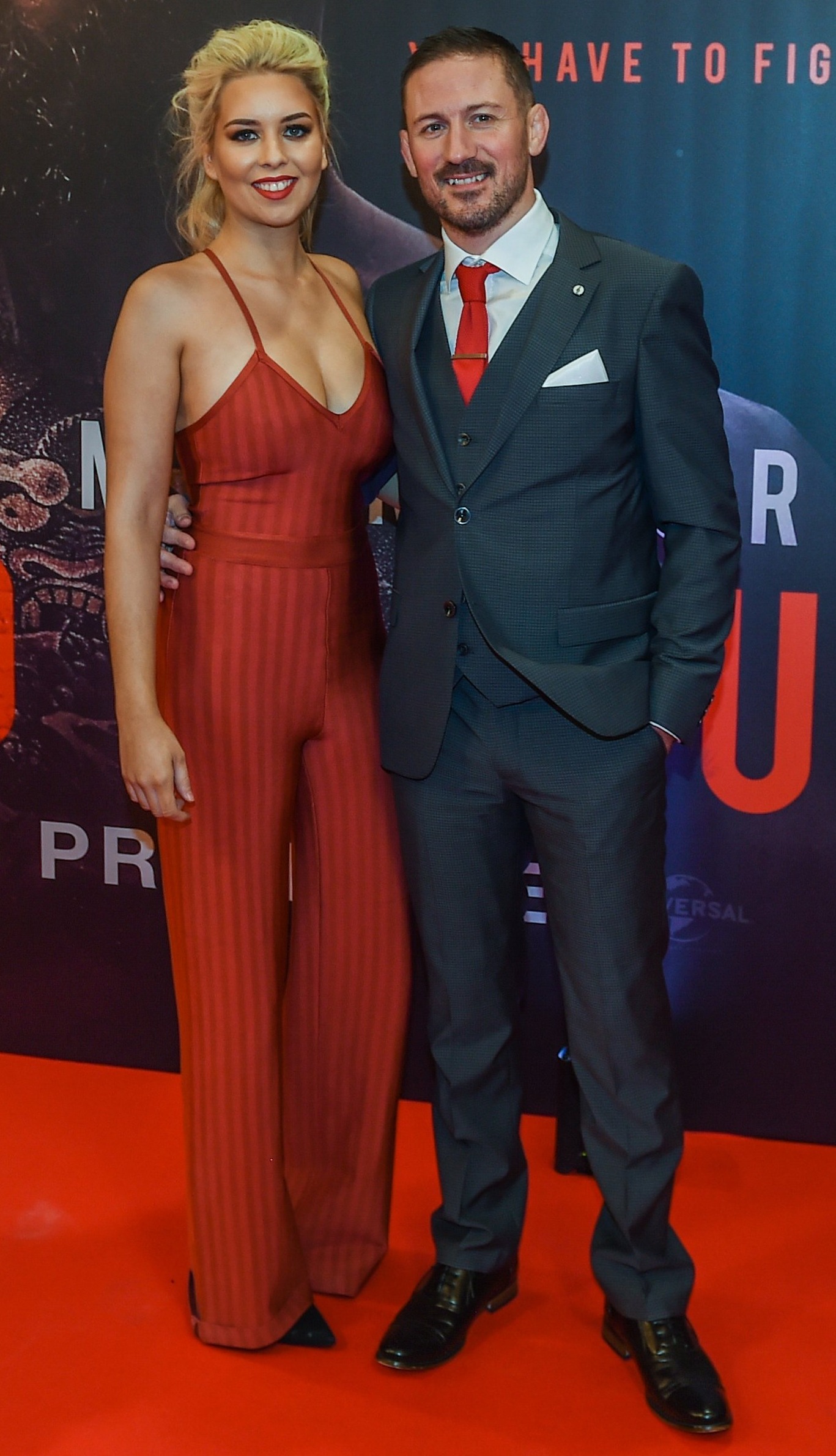 Kavanagh is in a relationship with 34-year-old fiancee Orlagh Hunter.

The pair have been engaged since 2014.

People from across the fighting industry rushed to congratulate the couple on their newborn arrival.

RINGSIDE NEWS LIVE: Follow for all the latest Boxing, UFC and WWE updates

UFC commentator John Gooden tweeted: "Congratulations to you all!"

Broadcaster Mike Sheridan replied: "Huge congrats to you both, John"

The man McGregor calls the “The Godfather” has been the head honcho in his training since the beginning and led his star pupil to two UFC titles.

Despite both admitting their close relationship has strained since McGregor’s popularity and out of the cage commitments rocketed, the pair are side-by-side in the gym.

And if McGregor chooses to end his 'retirement', Kavanagh will be backing his man once again. 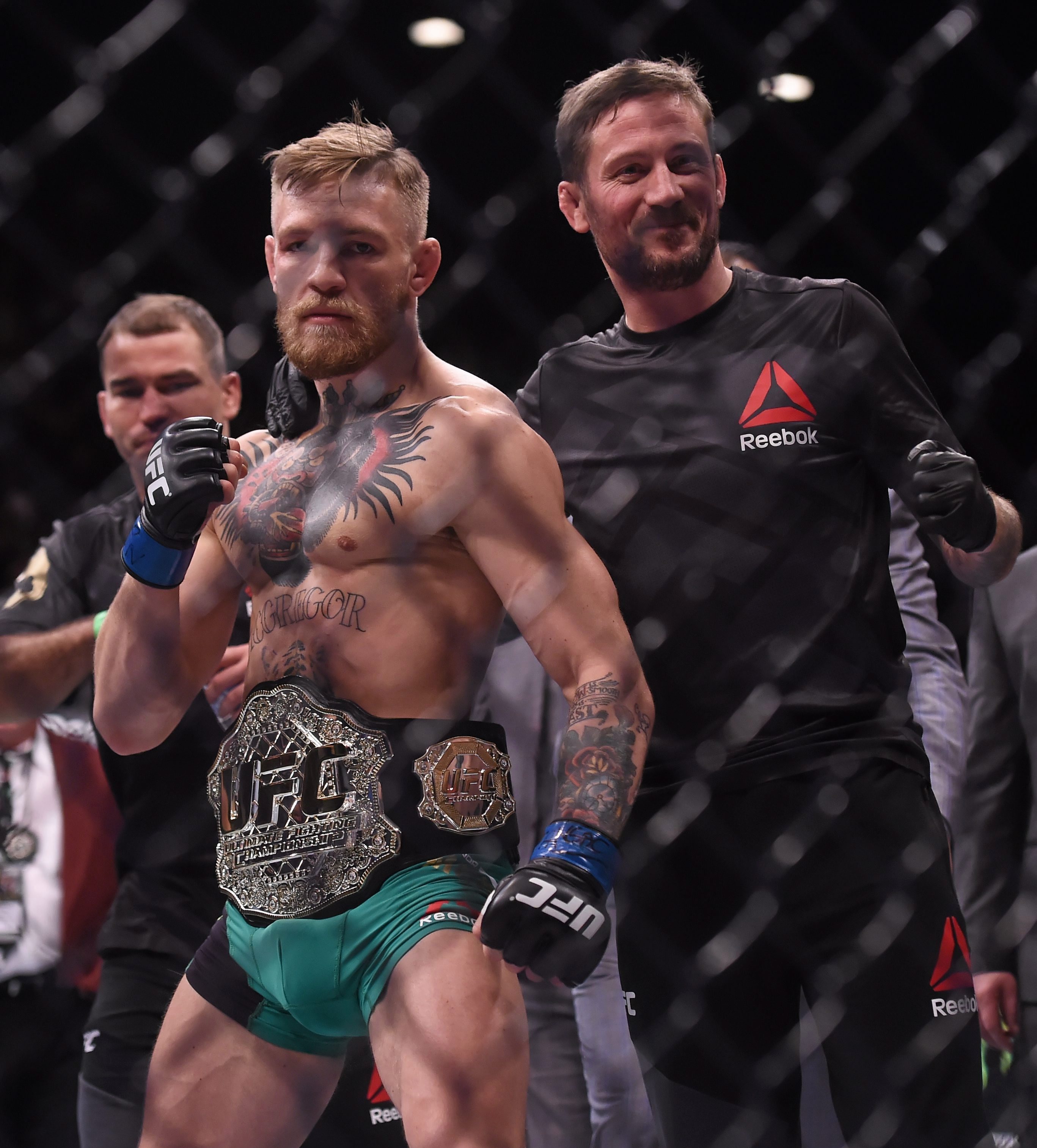