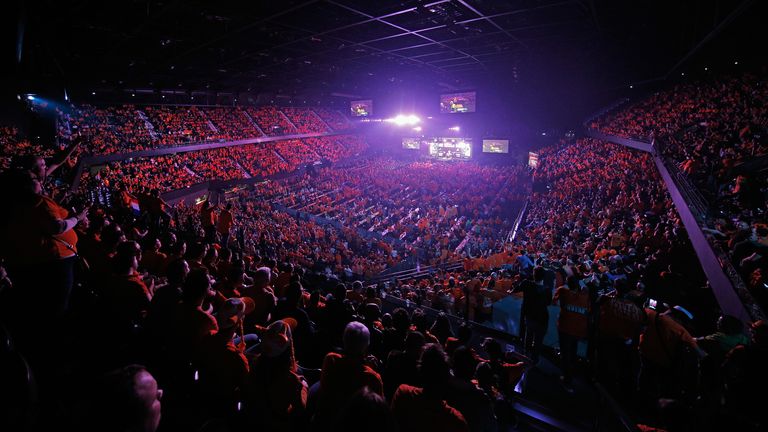 The PDC have announced the postponement of the two Premier League nights scheduled for Rotterdam on March 25-26, due to the coronavirus pandemic.

On Thursday, Dutch Prime Minister Mark Rutte announced that all gatherings of more than 100 people were to be prevented in the Netherlands until at least March 31.

The PDC say they will work with Rotterdam Ahoy to secure new dates to stage the Premier League nights, with further announcements to be made in due course.

This follows the cancellation of a number of events on the Euro Tour.

At present, the Premier League’s other nights are not subject to any restrictions. Action will go ahead as planned in Liverpool on Thursday evening, as the competition enters night six.