Country football is a dying giant of Australian folklore. Dozens of towns in western Victoria are struggling to preserve their sporting clubs, which, since the decline of the church, are standing as the last institutions between a community’s living identity, and history.

All of the professional cliches about football are actually meaningful and true when applied to country football. “It’s more than a game,” for example. The football-netball clubs have become so central to the social fabric of these towns that to lose them is a risk to people’s general wellbeing. 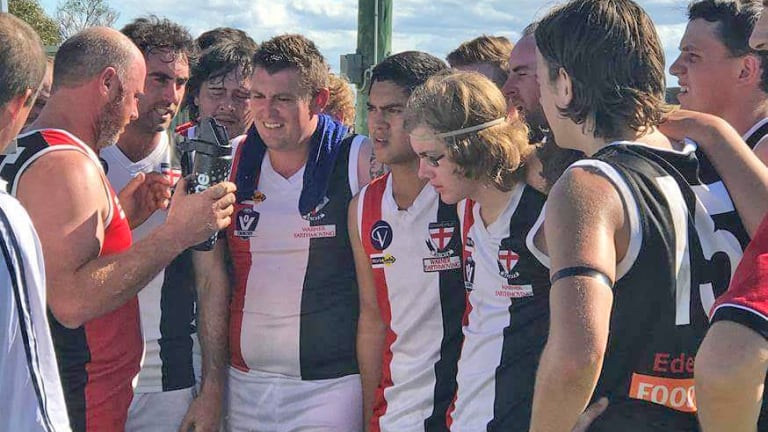 Population decline means a growing number of clubs face the prospect of either amalgamating with distant towns, or dissolving forever. And in western Victoria there are a group of determined locals trying everything to breathe life into their clubs, which, in most cases means pushing the decision to merge. It’s a tough choice, to consign a club to the past in the name of the future, but as they see it, the alternative is to have nothing.

Laurie Close is a third generation woolgrower in Apsley, a community 15 minutes from the South Australian border. He and his son Oliver believe that merging their club, Edenhope-Apsley (itself the product of a 20-year-old merger), is the only way to preserve sport in their area.

Close, a former president of Edenhope-Apsley, fears the broader implications of losing the club. These are areas of relative isolation, where suicide rates among people aged 15-25 are 50 per cent higher than in urban areas.

“The role of sporting clubs has changed dramatically in the last 15 years,” he explained. "It used to be footy on Saturday and church on Sunday. The well established and the lower end of society might have a common faith and they’d all be accepted in and outside the church, but the churches don’t play that role anymore. The football clubs have assumed that role.” 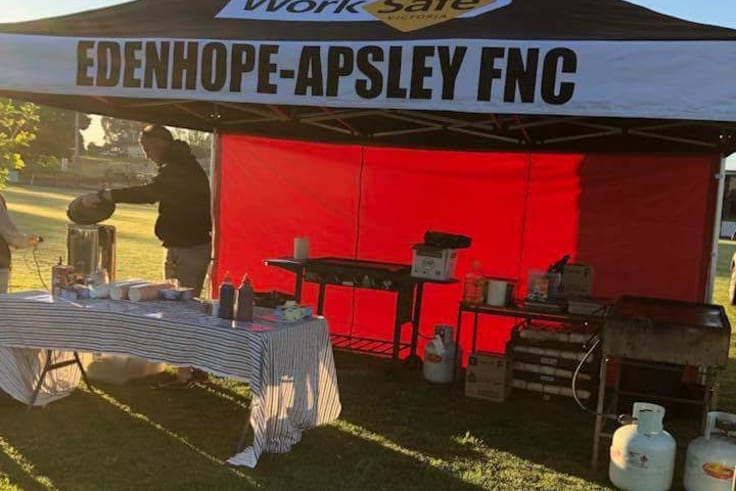 Clubs such as Edenhope-Apsley are vital to the heartbeat of rural communities.

People are having their funerals at the football clubs, town meetings, and information nights too, at which health news or local issues can reach the broadest demographic. Volunteers gather to cut wood that will be sold by the tonne to raise funds to support the recruitment of players from out of town, and to maintain their facilities.

One local presentation, imploring a merger between clubs, suggested that one 35 tonne truckload of firewood covered the match payments for one senior game, and required the labour of “25 volunteers for a full day of cutting and splitting”.

The reality of decaying rural communities exists in contrast to the demand for, say, the wool being produced in western Victoria around Apsley. The price of that product is soaring but new technology and traditional economic forces are squeezing rural populations toward cities. It’s creating a peculiar scenario in which some farmers are thriving economically, but alone, isolated by their working success and without the relief of the sporting clubs they grew up with.

Darren Walter, a crop-grower and the president at Border Districts Football Club, said that when he went to school at Goroke there were 240 kids in attendance, and now there are 75. His club is looking for a partner to merge with, rather than fold.

“I try not to let it worry me, as such, simply because there’s not much point losing sleep over something we can’t control,” said Walter. “But as a person with a young family, I want to do everything I can to hopefully secure something for their future.”

The future for these towns is frustrating for local administrators, who can foresee the loss of local labour to technology, but cannot see past their homes, and the places they have made their own.

“Those of us who’ve been involved [in football] for 20 years have already been through the process of merging,” said Walter, “Where does it end? I don’t have an answer for that.”

Professional football teams talk now of “creating culture”, which is a literal phrase in that its players must create a common ground, having been selected from different parts of Australia. Country clubs, by contrast, have organic culture, the kind no one has to announce out loud to make real, and it has very little to do with winning games. 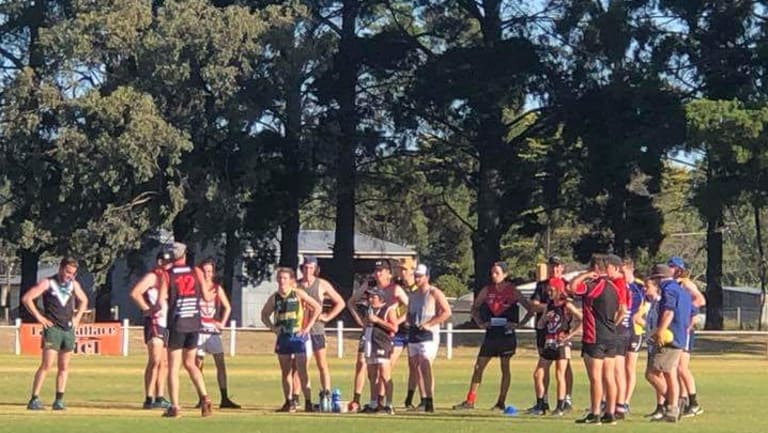 The club will vote in July whether to merge or not.

The clubs are tied inextricably to the identity of the towns and the places they represent. Of course they are bound too by the traditions of the regions in which they exist, the great silence of the land and the tough decency of the people farming it. Every time one of these sporting clubs dissolves, something of the region, and the name, dissolves with it.

Carolyn Middleton, a nurse and the current president of Edenhope-Apsley, says some people in the community fear a merger will spell the end of their family’s connections to the club, and the community.

“That’s what I loved when I came 35 years ago,” she said. “Just that sense of belonging somewhere, and once you start merging and going to other communities you lose all that, and I think that’s what some people are scared about. They love what they have, and that everyone is integrated. That’s what they’ll miss if we just keep merging and merging and going further afield.”

There’s a melancholy tone to these discussions, the gradual and unwilling decline of community centers, but there is also potential for something new. And of course, there is the sheer fact of the future, a force as Laurie Close put it, “that will just roll over us if we don’t act”. Edenhope-Apsley will hold a vote in July on whether the club should merge.

Other clubs in the region have faced the same decisions and ended up folding rather than merging with neighbouring communities when they had the chance. Close says, “There are some sacrifices that need to be made in order to merge, but the reality is that without making them we lose the club all together.”

Just that sense of belonging somewhere, and once you start merging and going to other communities you lose all that.

Simon Cooke, a farmer and committee member at the Southern Mallee Giants, drove the creation of this new club, forged from the remains of two struggling clubs in Hopetoun and Beulah. He says the decision has been a great success.

“It’s good to hang on to history but sometimes you just have to get your hands dirty and make change,” said Cooke. “We saw clubs near us waiting and hoping, rather than merging when they had the chance. Now they’re gone.”

Cooke says the difference in his community since the merger has been dramatic, and only positive. “People were getting worn out volunteering at the old clubs,” he said. “Now [since the merger] the workloads have halved, the club rooms are full and it’s a great place to be around.”

Oliver Close, Laurie’s son, is an Apsley farmer with a newborn daughter. He is leading the initiative for his club to amalgamate with Border Districts. Why?

“Because I want my kids to have the same opportunity for Saturday sport that I was given. A lot of people did a power of work to ensure Edenhope and Apsley merged 20 years ago, and that allowed me to play in my local community.

“I feel a sense of responsibility to give the next generation the same chance I was given. I also want to able to go to the local footy when I’m old, have a glass of port and watch my team, whatever colours they’re wearing.”