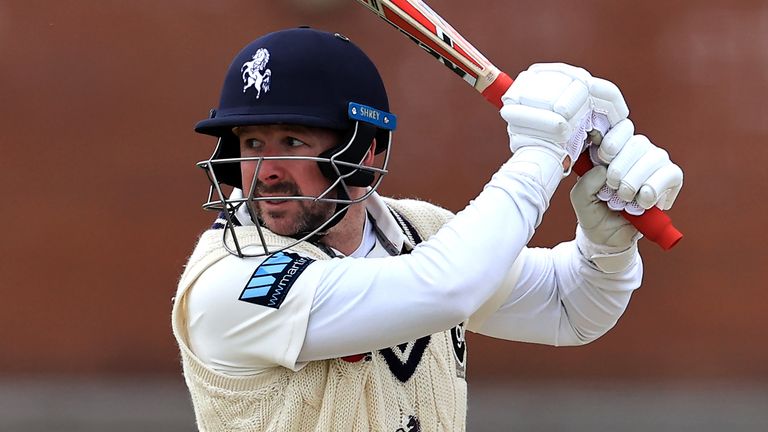 Darren Stevens became the oldest player since 1986 to score a hundred in the LV= Insurance County Championship as his unbeaten ton put Kent in the driving season on a rain-affected second day of their game against Northamptonshire.

Stevens, who will celebrate his 45th birthday later this month, struck 116 not out – his 35th first-class hundred – as he shared in vital partnerships with Harry Podmore (29) and Miguel Cummins (24) to see 127 runs added for the last two wickets

Stevens’ efforts helped shepherd Kent to a first-innings total of 455. Afternoon rain then restricted the Northamptonshire reply to just 15.2 overs, although a flamboyant undefeated 54 from Ricardo Vasconcelos saw the home side close day two on 91-1 – Ben Curran was earlier bowled by Cummins for 24.

James Vince scored the third double-century of his career as Hampshire continued to dominate their match against Leicestershire at Grace Road. 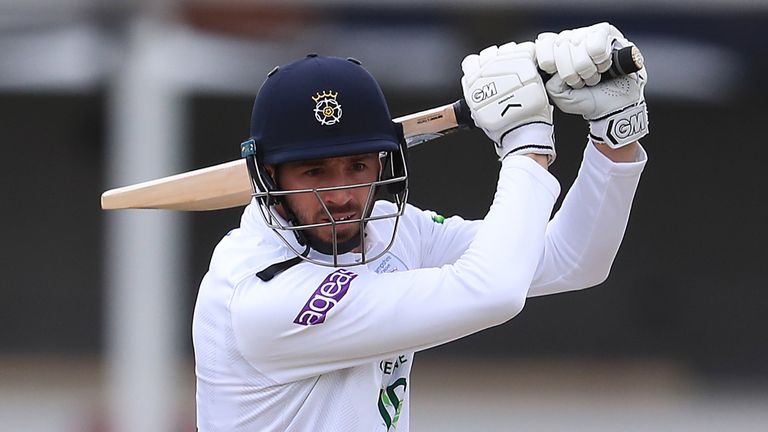 Vince, who resumed his innings on 168 not out, ultimately finished with 231 scored off just 220 balls. He received fine support from Liam Dawson, who made an unbeaten 152 before the visitors declared on a massive 612-5.

Leicestershire, in reply, reached stumps on 151-4 in their first innings, with Kyle Abbott removing both openers on his way to fine figures of 2-15 from 11 overs.

Leicestershire captain Colin Ackermann (36no) and Harry Swindells (39no) fought hard in the evening session to put together an unbroken partnership of 70 for the Foxes’ fifth wicket, but a three-day win for the visitors remains a distinct possibility.

Joe Root was dismissed for a 59-ball 16 as one of 16 wickets to fall during an exhilarating second day between Yorkshire and Glamorgan at Emerald Headingley, with the visitors just about maintaining their advantage. 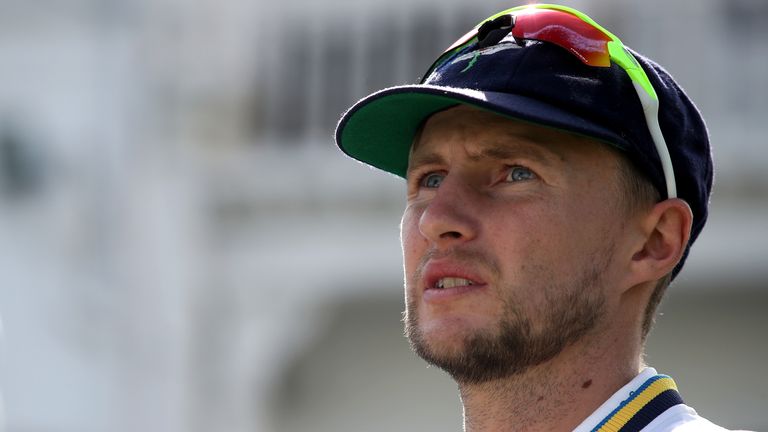 Glamorgan posted 330 in their first innings during the opening half hour of play before bowling their hosts out for 193. But Ben Coad, who claimed 4-94 in the first innings, then struck three times with the new ball under overcast skies to reduce Glamorgan to 29-4 second time around.

Glamorgan ultimately closed on 68-4, with a lead of 205, as Joe’s brother Billy Root sits unbeaten on 25 heading into day three.

Cricketers around the country paused after lunch for a two minute silence to mark the passing of His Royal Highness The Prince Philip, Duke of Edinburgh pic.twitter.com/r1Gcm5HpsF

Westley produced a completely chanceless innings of 213 as Essex ultimately declared on 490-9 in their first innings, before Sam Cook (3-14) took three wickets in five balls to see the visitors slump to 43-3 in reply.

Westley, who began the day unbeaten on 84, shared in three-figure stands with Paul Walter (38) and Adam Wheater (87) while he racked up the runs at the other end.

Veteran seamer Tim Murtagh claimed four wickets as Middlesex bowled Somerset out for 172 in their first innings as they took complete control of the contest on day two at Lord’s.

Murtagh, at 39 years old, returned figures of 4-46, with his heir apparent, 22-year-old talent Ethan Bamber, also contributing 3-24 to earn the hosts a lead of 141 heading into their second innings.

That advantage would have been greater but for a 10th-wicket stand of 83 between Marchant De Lange (51) and England spinner Jack Leach (28no) which saved the follow on.

Middlesex reached 87-2 in their second innings by stumps, a lead of 228. Jamie Overton (2-17) dismissed first-innings centurion Sam Robson (13) and fellow opener Max Holden (1), but Nick Gubbins (37no) and skipper Steve Eskinazi (28no) safely shepherded the side to the close of play without further loss.

Gloucestershire pressed home their advantage over Surrey on day two of their clash in Bristol, with the hosts closing on 311-8 and a first-innings lead of 91 and counting.

Gloucestershire captain Chris Dent struck a bright 78 off 96 at the top of the order, sharing in an opening stand of 139 with James Bracey (54).

Tom Lace too contributed a fine 65 from No 3 in the order, but then Surrey began to gradually start chipping away with regular wickets, with England left-armer Reece Topley the standout as he claimed 4-64 from his 22 overs.

An unbeaten century by skipper Dane Vilas helped secure a first-innings lead for Lancashire on the second day of their match against Sussex at Emirates Old Trafford.

Replying to Sussex’s first-innings tally of 301, Lancashire were 339-5 at the close of play, with Vilas – who was dropped on 47 by George Garton off Jack Carson’s bowling – unbeaten on 158.

The most successful Sussex bowler was Ollie Robinson, whose 2-51 had briefly had the visitors in trouble at 41-3 in the morning before Vilas took charge of the contest, receiving fine support from Alex Davies (61), Rob Jones (58) and late in the day Luke Wood (27no).

Durham seized the initiative on a cold and damp day two at Trent Bridge, with Nottinghamshire suffering a first-innings collapse with the bat.

In the morning, Durham built further on the fightback mounted by Brydon Carse (25) and Ben Raine (59no) late on the first evening, with the latter going through to a well-deserved half-century after having added a further 59 runs for the final wicket with Chris Rushworth (31).

Once finally bowled out for 330, Durham’s seam attack then took full advantage of difficult batting conditions on a gloomy afternoon to reduce Nottinghamshire to 85-6 before Tom Moores (40no) and Liam Patterson-White (26) stemmed the flow of wickets in a stand of 56 – the home side closed the day on 165-7.

In other news, Nottinghamshire fast bowler Jake Ball bowled only nine deliveries on the second morning when a back problem forced him off the field. The team say it is “sore” and is “being monitored”.

Rain ruined much of the second day’s play between Warwickshire and Derbyshire at Edgbaston, as the home side could only advance their score to 169-5 after resuming their first innings on 13-1.

England opener Dom Sibley (29) dug in for 100 balls before being caught behind off Samuel Conners (2-40), while Robert Yates hit 40 and Matthew Lamb will resume his innings unbeaten on 41 on the third morning – Warwickshire currently 20 runs behind Derbyshire’s first-innings haul.