Cricket Australia may not replace departing selector Mark Waugh, whose exit has given its high performance arm the opportunity to restructure the selection panel.

The former Test star has quit his selection role to focus on his expanding commentary duties, leaving CA without its specialist Twenty20 expert on the panel leading into the 2020 world championship. His contract is due to finish at the end of August after the tours of England and Zimbabwe. 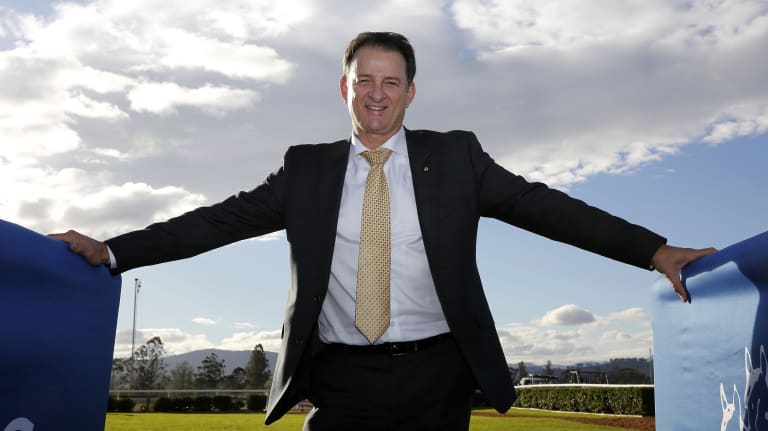 Stepping down: Mark Waugh, here at the Scone Cup racing carnival, has resigned as an Australian cricket selector.

Waugh's departure continues the tumult in the game since the ball tampering scandal cost on-field leaders Steve Smith and David Warner their jobs while coach Darren Lehmann left days later. There are also twin reviews into the cultures of the national team and head office.

Despite Waugh's success in lifting Australia up the T20 world rankings, it's unclear if CA will seek to replace him. "A decision on structure of the national selection panel or replacement for Waugh will be made in due course," CA said in a statement.

CA's head of team performance Pat Howard is widely known to be an advocate of the coach holding a greater say on selection. If cricket was to take this path, it would bring the game more in line with the major football codes.

There is also a view Australian cricket would be better served with fewer selectors. Trevor Hohns is the selection chairman along with national talent manager Greg Chappell and newly appointed coach Justin Langer.

If Waugh's part-time role was to be made redundant, there would be greater importance placed on the six state talent managers who report to Chappell. Selectors already place great emphasis on these reports in their intelligence gathering for Shield matches which they cannot attend.

The state talent managers currently do not write reports on Big Bash League matches, which involve franchises rather than the states, though Langer has an intimate knowledge of the competition having coached the powerhouse Perth Scorchers for the past six seasons. The issue is set to be discussed at CA's next board meeting in early June.

Waugh joined the panel four years ago, replacing Andy Bichel, and last year became the chief T20 selector though still attended Shield matches. Under Waugh, Australia came tantalisingly close to reaching the top of the T20 rankings for the first time this year after their tri-series victory against New Zealand and England.

While Waugh was criticised for a perceived conflict of interest for his dual roles as selector and BBL commentator for Channel Ten, CA believed his media work assisted him with his selection duties.

"Mark was specifically brought in for white ball cricket and he should be very pleased with his contribution to the 2015 World Cup victory," Howard said. "In recent times, Mark’s in-depth knowledge of the T20 game and the Big Bash League has come to the fore. As lead selector in this format, he has identified talent in the Big Bash League and helped to create a strong Australian T20 squad, which has risen up to second on the ICC rankings and laid a platform for what we hope will be a successful World T20 campaign in 2020 on home soil."