The former Test captain said the long-awaited review findings will be confronting when they are made public on Monday. 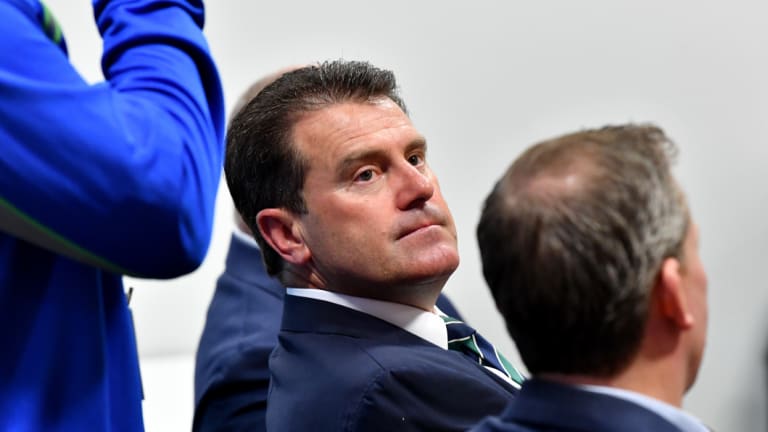 They will come more than six months after CA commissioned the warts-and-all appraisal of the governing body in light of the Cape Town cheating scandal.

There were two reviews, looking at on-field and corporate culture, and Taylor said there are 41 recommendations.

He added CA had not edited the findings.

"I have seen the review. It will be hard hitting, confronting for CA and for anyone who loves the game of cricket," Taylor told Channel Nine.

"Everything is on the table."

On Friday, CA chairman David Peever said after the body's annual general meeting that there had been no delay in releasing the findings.

The Australian Cricketers' Association said CA had missed an opportunity by not having the findings available at the AGM.

Peever was re-elected chairman at the AGM and the ACA wanted state associations to have a copy of the findings beforehand, so they could make a more informed decision on whether he should stay at the helm.

Taylor defended the decision to go ahead with the election before the findings were known.

"The CA constitution still allows the states and territories to get together if they think a change is need at a board level, me included, whether at AGM or any time after," he said.

"They are well within their rights under the constitution to do so."

Taylor is looking forward to the release of the findings.

"All of us have had too much negativity around the game," he said.

"Tomorrow is the opportunity to get it out there.

"There is no doubt there is a mandate, as I would look at it, in these reviews for CA to make some change, to get better at what we do, and also, most importantly, to get on with how we do business with people.

"And we have got to get that better. No doubt about that. I have said that before."

ACA boss Greg Dyer added the players' body was looking forward to the review findings with expectation and cautious optimism.

Captain Steve Smith and vice-captain David Warner were stripped of their leadership titles and banned for 12 months by CA in response to the sandpaper ball-tampering saga in South Africa.

Coach Darren Lehmann and chief executive James Sutherland have vacated their posts since the scandal, while team performance chief Pat Howard is departing next year.