The West Australian brand joins as a shirt sponsor for all three forms of the game in a four-year deal to be announced today. 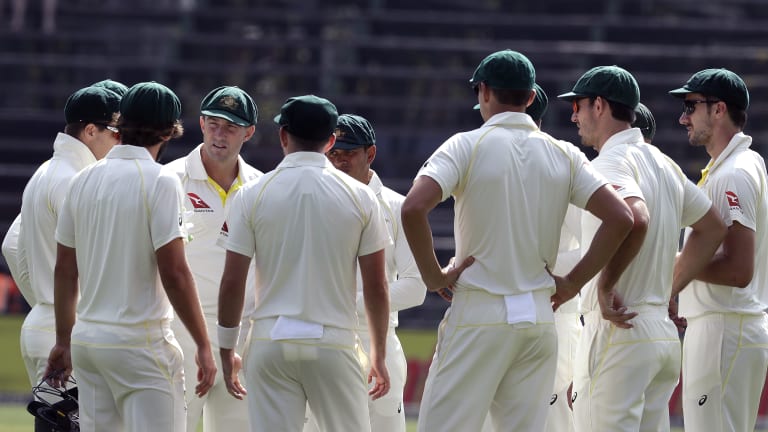 Moving on: Cricket Australia is set to announce a new sponsorship deal following the ball-tampering drama in South Africa.

The development comes after the tumult in South Africa that resulted in star batsmen Steve Smith and David Warner losing their leadership positions and being served with 12-month bans, and opener Cameron Bancroft being outed for nine months. CA has since signed a record six-year TV deal worth $1.18 billion and now sold its branding rights on the national team’s shirts.

The governing body had been under pressure from its corporate partners after the ball tampering crisis with wealth management company Magellan ending a lucrative agreement one year into a three-year deal.

Qantas also expressed its disappointment but continued its shirt sponsorship deal. Magellan had held the naming rights for the Test series.

The commercial signings eases the pressure on CA, which is currently conducting independent reviews into the organisational culture of the body and the national men’s team. The Longstaff review, run by the Sydney-based The Ethics Centre, is investigating if any issues at Jolimont contributed to the events in South Africa.

The player-led inquiry into the team, chaired by former Test opener Rick McCosker, is looking to develop a charter that sets out behavioural standards for the side.

Newly appointed coach Justin Langer said in his first public appearance in the job that the team under his watch would modify its behaviour.

It would retain the aggression with bat and ball of previous teams but not be as "angry" as the side that played in South Africa.