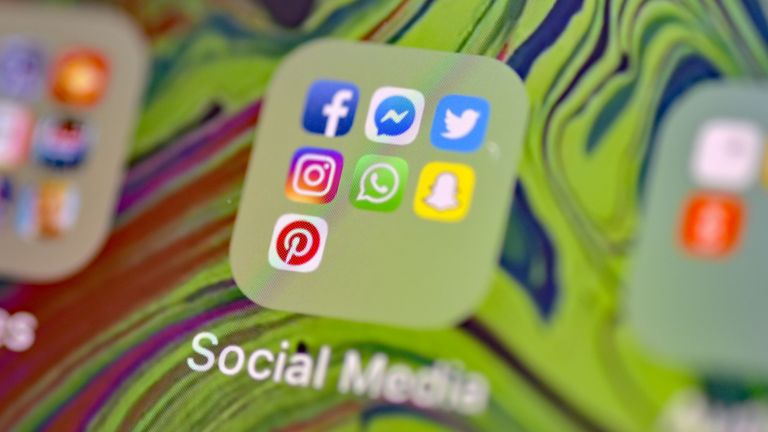 The England and Wales Cricket Board (ECB), England Rugby, Premiership Rugby and the Lawn Tennis Association (LTA) have confirmed they will join football’s social media boycott this weekend.

The four-day period of online silence, initially announced by a coalition of English football’s largest governing bodies and organisations, will run from 3pm on Friday, April 30 to 11:59pm on Monday, May 3, and is aimed to combat abuse and discrimination.

In a joint statement, the ECB and Professional Cricketers’ Association (PCA) said they will stand “shoulder to shoulder with football”, with all 18 first-class counties and the eight women’s regional teams taking part.

Tom Harrison, ECB chief executive officer, said: “As a sport, we are united in our commitment to fight racism and we will not tolerate the kind of discriminatory abuse that has become so prevalent on social media platforms.

“We’re proud to add our voice to all those across sport who are sending the message that more can, and must, be done to eradicate online hate.”

Rob Lynch, PCA chief executive, added: “Social media companies have to do more. Our members are often victims of horrific online abuse with little or no punishment for the perpetrators and this has to change.

“A unified silence from players and the wider game is a powerful stance to show that our members will not allow social media companies, which have brought so much benefit to the game, to continue to ignore and fail to prioritise the need for appropriate legislation in protecting people against online discriminatory behaviour.”

England Rugby say they will join the boycott in a show of solidarity against online abuse, with all RFU-run social media channels including England Rugby, Allianz Premier 15s, Greene King IPA Championship and GB7s taking part.

Red Roses captain Sarah Hunter said: “No professional sportsperson should have to suffer abuse, racism or harassment on social media.

“We’ve all seen how social media can help bring fans and players closer together but this does not mean abuse should be ignored.”

Premiership Rugby also confirmed they and their 12 member clubs would pledge their support to the boycott.

A Premiership Rugby statement read: “Premiership Rugby and all our clubs will unite with other sports including football for a social media boycott from 15.00 on Friday, 30 April to 23.59 on Monday, 3 May. This boycott is supported by the Rugby Players’ Association.”

Elsewhere, the LTA announced it will also unite with the football community and abstain from using social media platforms for the duration of the boycott. However, golf’s European Tour is not expected to join.

The moves follow social media boycotts by Swansea, Birmingham and Rangers in recent weeks, with Liverpool captain Jordan Henderson stating he would be willing to follow Arsenal great Thierry Henry in coming offline altogether in protest against racist behaviour.

Sky Sports is committed to making skysports.com and our channels on social media platforms a place for comment and debate that is free of abuse, hate and profanity.

If you see a reply to Sky Sports posts and/or content with an expression of hate on the basis of race, colour, gender, nationality, ethnicity, disability, religion, sexuality, age or class please copy the URL to the hateful post or screengrab it and email us here.

Kick It Out reporting racism

Online Reporting Form | Kick It Out

Kick It Out is football’s equality and inclusion organisation – working throughout the football, educational and community sectors to challenge discrimination, encourage inclusive practices and campaign for positive change.