Cristiano Ronaldo displayed his dejection as he travelled back to Portugal with his compatriots following their last-16 World Cup exit to Uruguay.

Portugal were defeated 2-1 by Uruguay on Saturday, with Edinson Cavani netting two fantastic goals either side of Pepe’s equaliser at the Fisht Olympic Stadium.

And on Sunday, Fernando Santos’ disappointed squad were pictured heading home from Zhukovsky Airport in the Russian capital of Moscow. 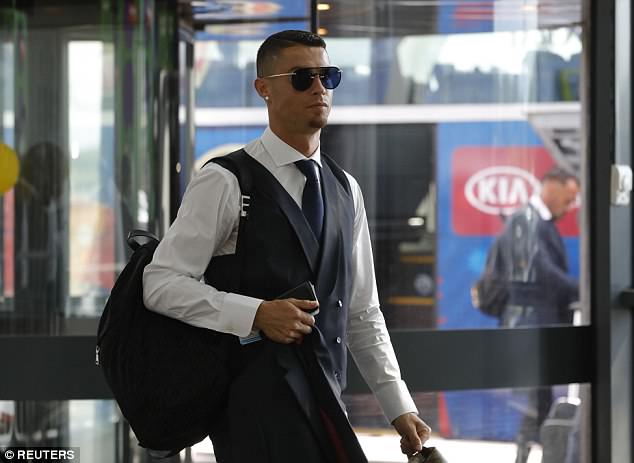 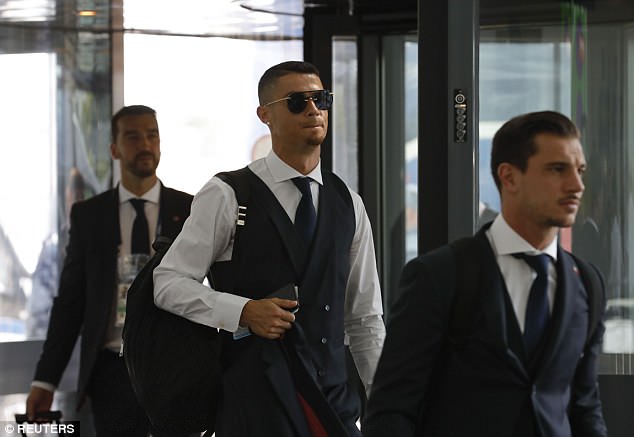 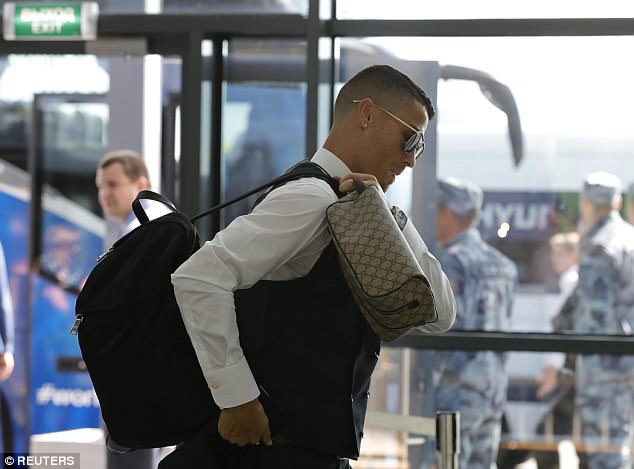 Real Madrid star Ronaldo, who donned sunglasses inside, was seen making his way into the airport with his hand-luggage after their bus journey.

Despite cutting a glum figure, the 33-year-old still managed to crack a smile as a passer-by grabbed his attention while he made his way up the escalators.

Ronaldo endured a frustrating evening in Sochi on Saturday, with Uruguay brilliantly executing their defensive game-plan and limiting the amount of time the five-time Ballon d’Or winner got on the ball.

Ronaldo – still waiting for his first goal or first assist in a World Cup knockout game – was kept very quiet and was outshone by Paris Saint-Germain and Uruguay striker Cavani. 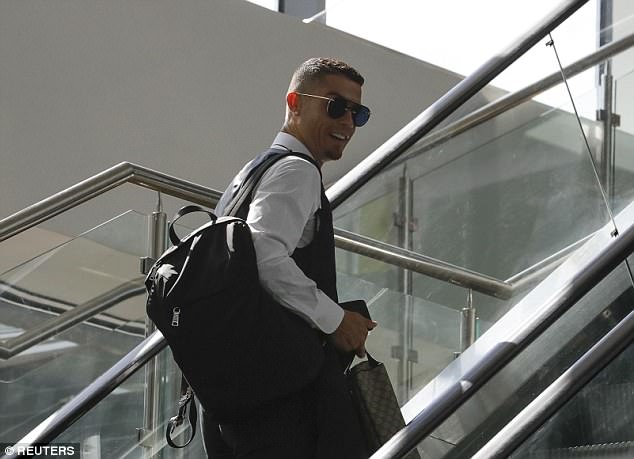 Despite his mood being glum, Ronaldo still found the time to crack a smile at the airport 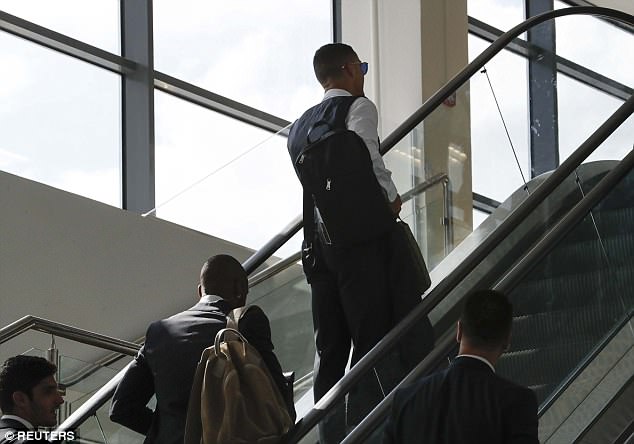 And following the heart-breaking defeat, Ronaldo gave no hint that he is about to retire from international football.

The forward will turn 37 when the next World Cup arrives, in Qatar in 2022 but refused to consider his future as he left the stadium.

He said: ‘It’s not the right time to talk about my future, or about the coach or any of the players.

‘I’m absolutely sure this team will continue to be one of the the best in the world. We have a team of players who are ambitious. Portugal are going to carry on winning things and making the people of Portugal proud.’ 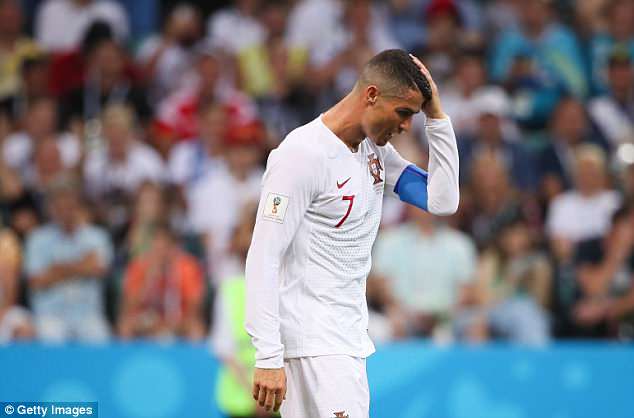 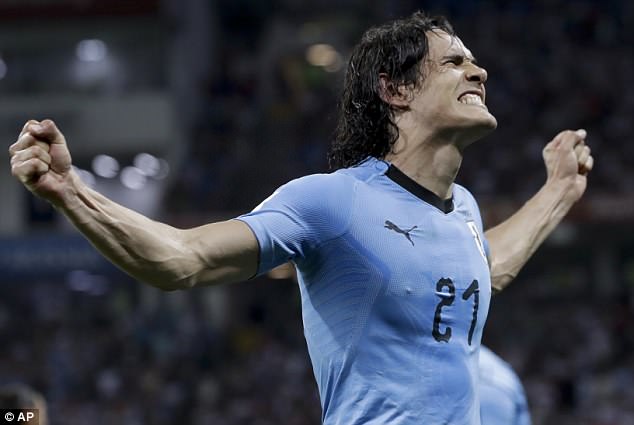 Ronaldo was outshone by Edinson Cavani, who scored two fantastic goals in Sochi