CRISTIANO RONALDO was flanked by huge security as he filmed a new Nike advert in a local park – but his two Ronnies were left unprotected.

The Manchester United superstar, 37, headed to some recreational football pitches in Cheshire to shoot the commercial. 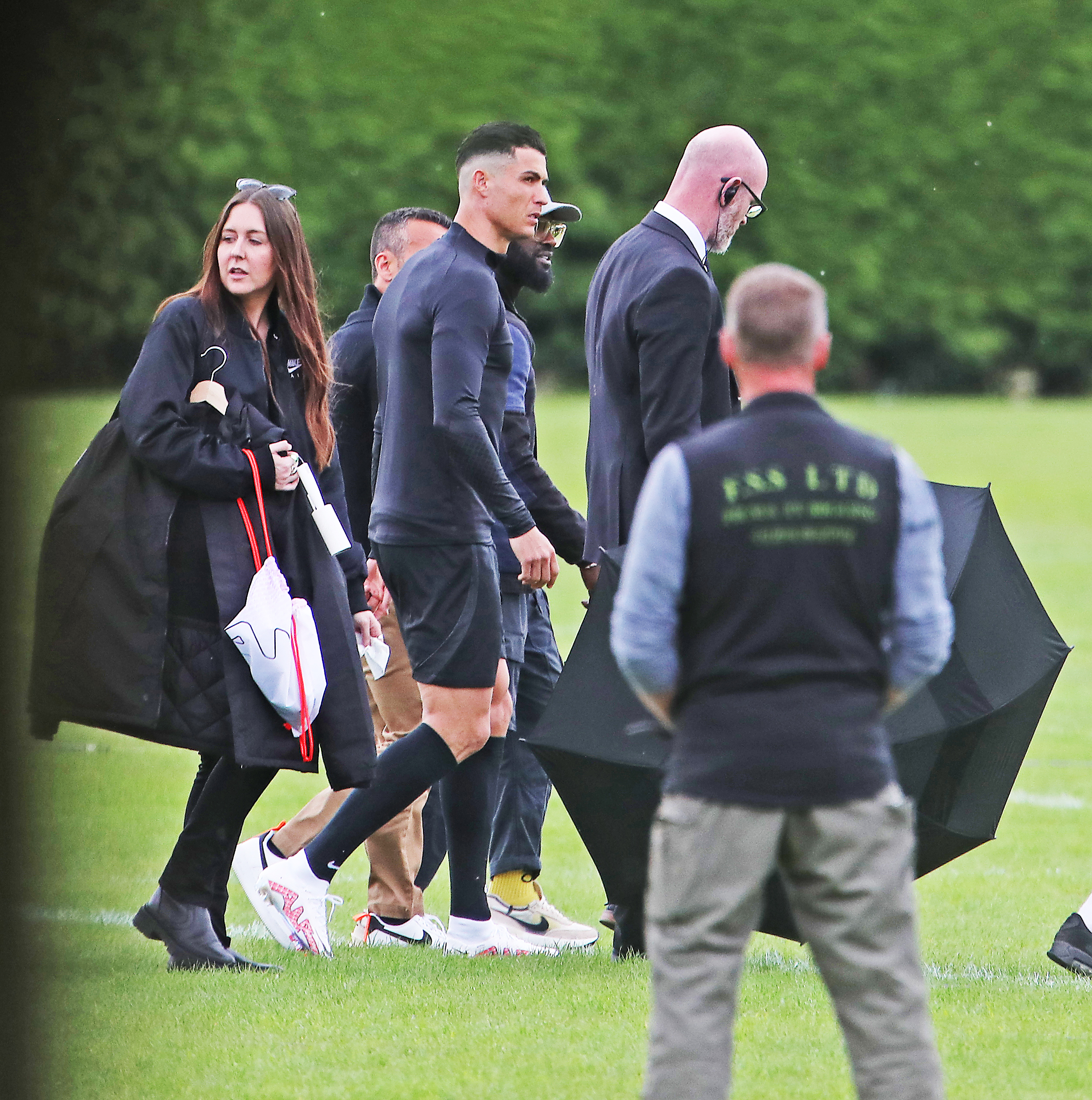 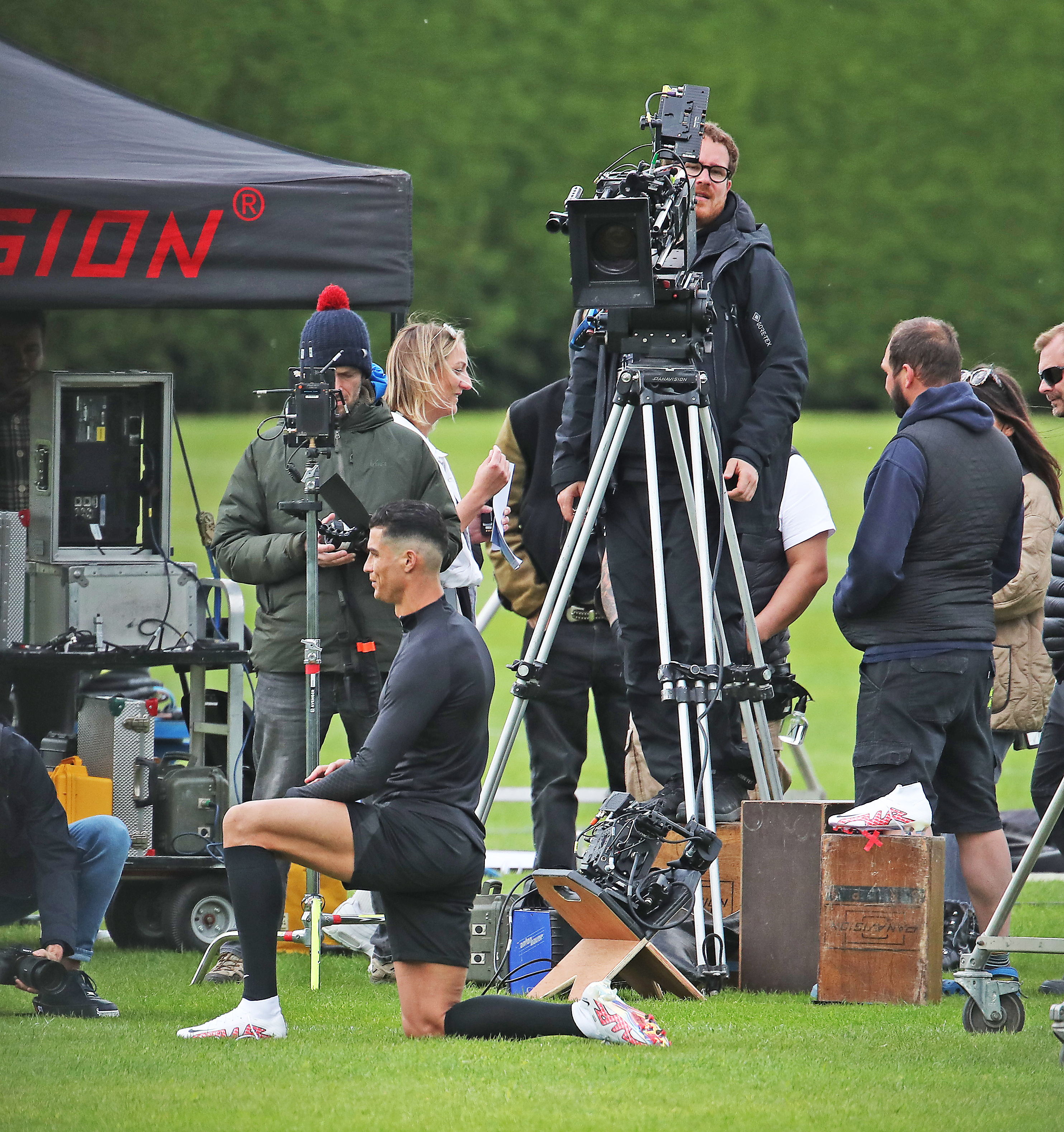 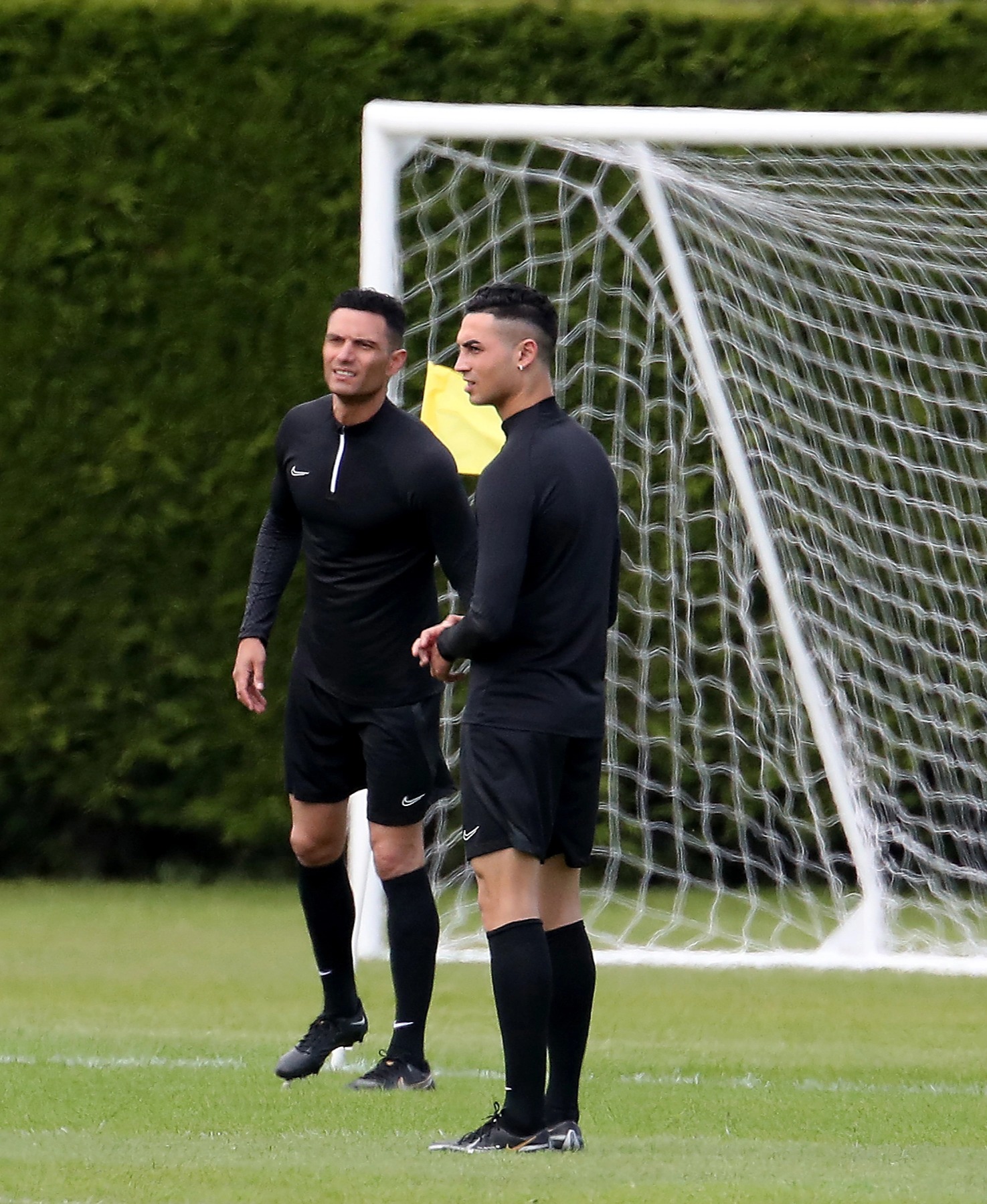 And there he joined up with two lookalikes for the day in front of the cameras.

Ronaldo was kitted out head to toe in Nike gear including a black warm-up jacket, black shorts and socks and what appear to be new unreleased white and red Mercurial boots.

His fellow Ronaldos were in the same outfit but with black boots instead.

They even had a similar haircut with the iconic Cristiano skin fade and one had a shiny stud in his left ear. 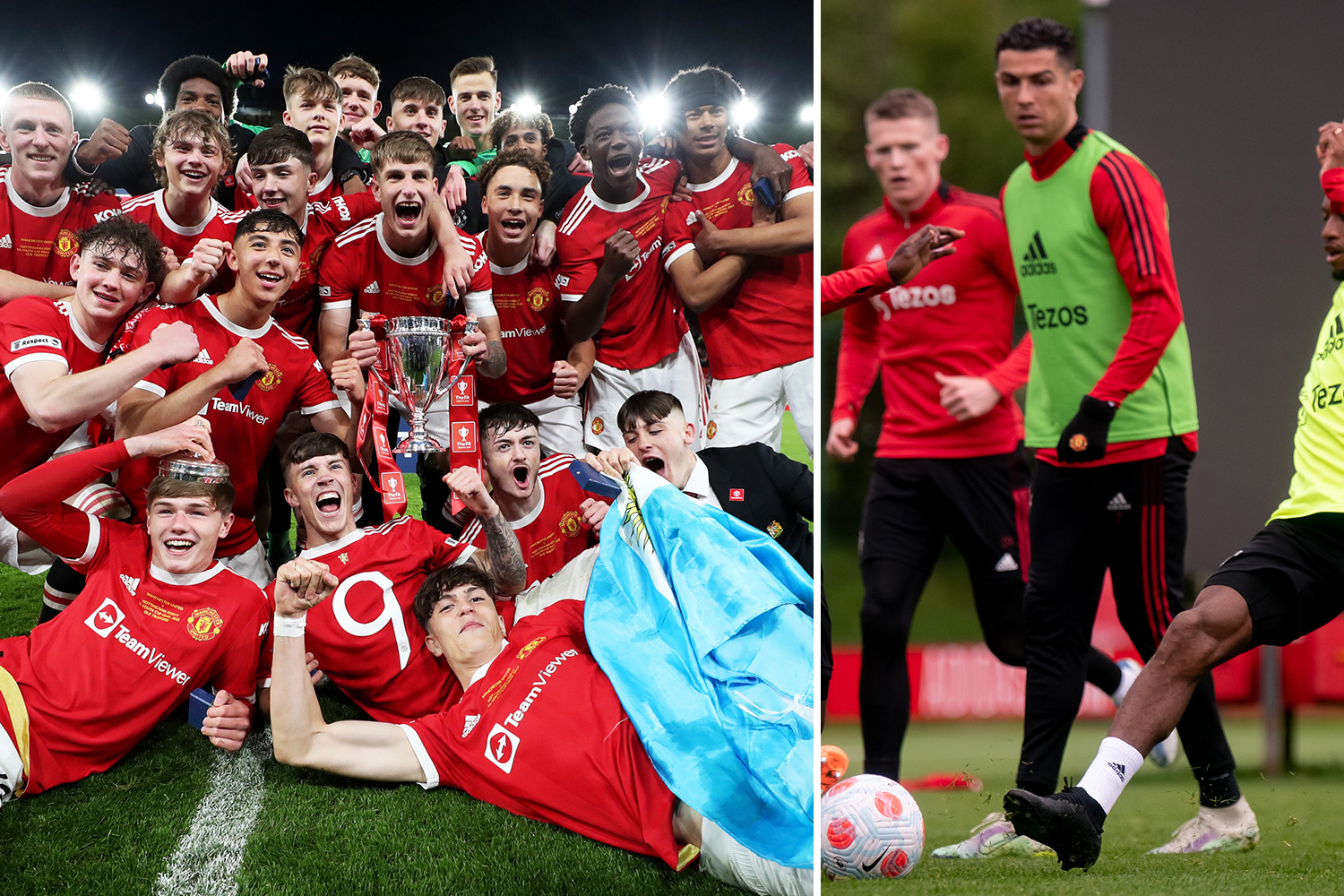 The five-time Ballon d'Or winner was accompanied by plenty of personnel including one giant bodyguard in a suit with an earpiece – however, partner and new mum Georgina Rodriguez was not in attendance.

Camera crew pinned their lenses on the Portuguese icon as he kneeled on the turf as others milled around on the TV set.

And the body doubles seemed to be enjoying themselves as they laughed together and kicked a ball around, presumably warming up for the filming.

Ronaldo has a staggering £14.7million-per-year contract with Nike and in return wears their sportswear and features in advertising campaigns.

'Did I hear that right?'

That makes him the American brand's top-paid sports star ahead of the likes of Neymar, LeBron James, Tiger Woods and Rafael Nadal.

The ex-Real Madrid and Juventus forward has been wearing his £245 Mercurial Superfly VIII Elite Dream Speed 5 boots for the last few months.

Ronaldo boasts more than 30 signature Nike Mercurial models since his first in 2010.

And the filming in Cheshire could be part of the launch for the next edition over the summer.

Alternatively, Nike may be getting their filming in early ahead of yet another iconic commercial ad with a World Cup at the end of the year. 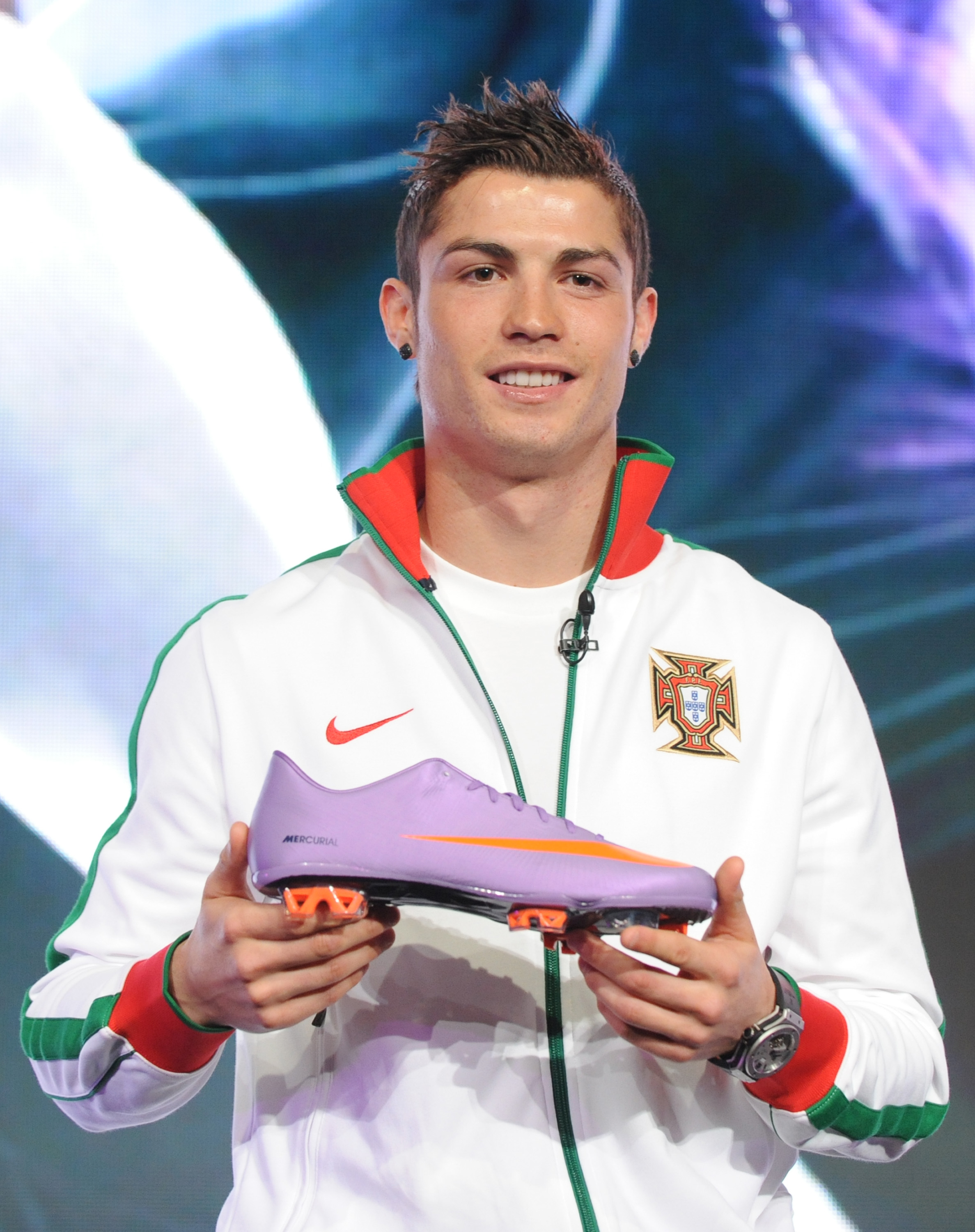 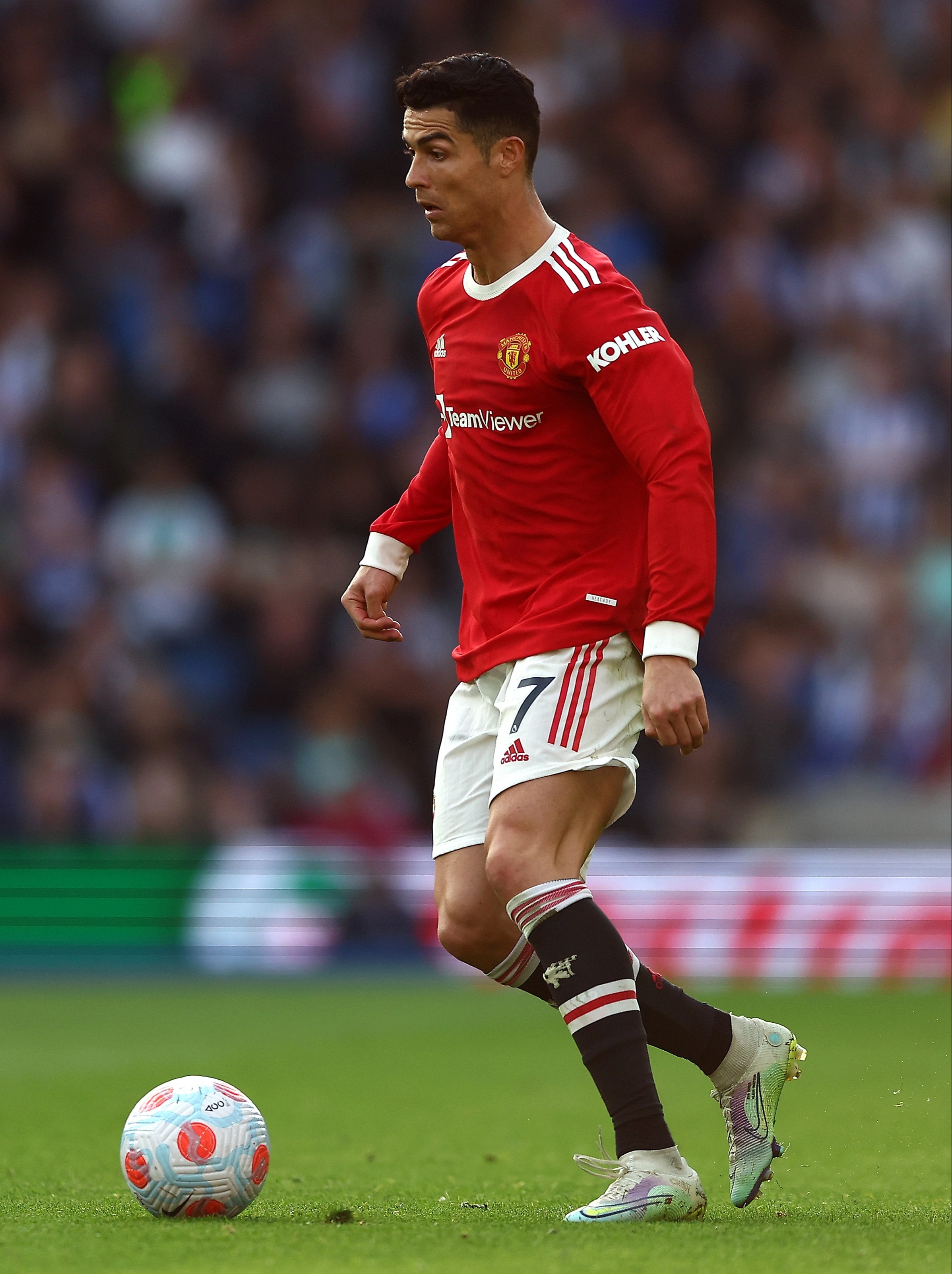