CRISTIANO RONALDO has teamed up with US-based gym company Crunch to help fans stay in shape amid the coronavirus lockdown.

The powerfully-built forward who is known for his rippling muscles has unveiled his latest off-field project to share the secrets behind his bulking physique. 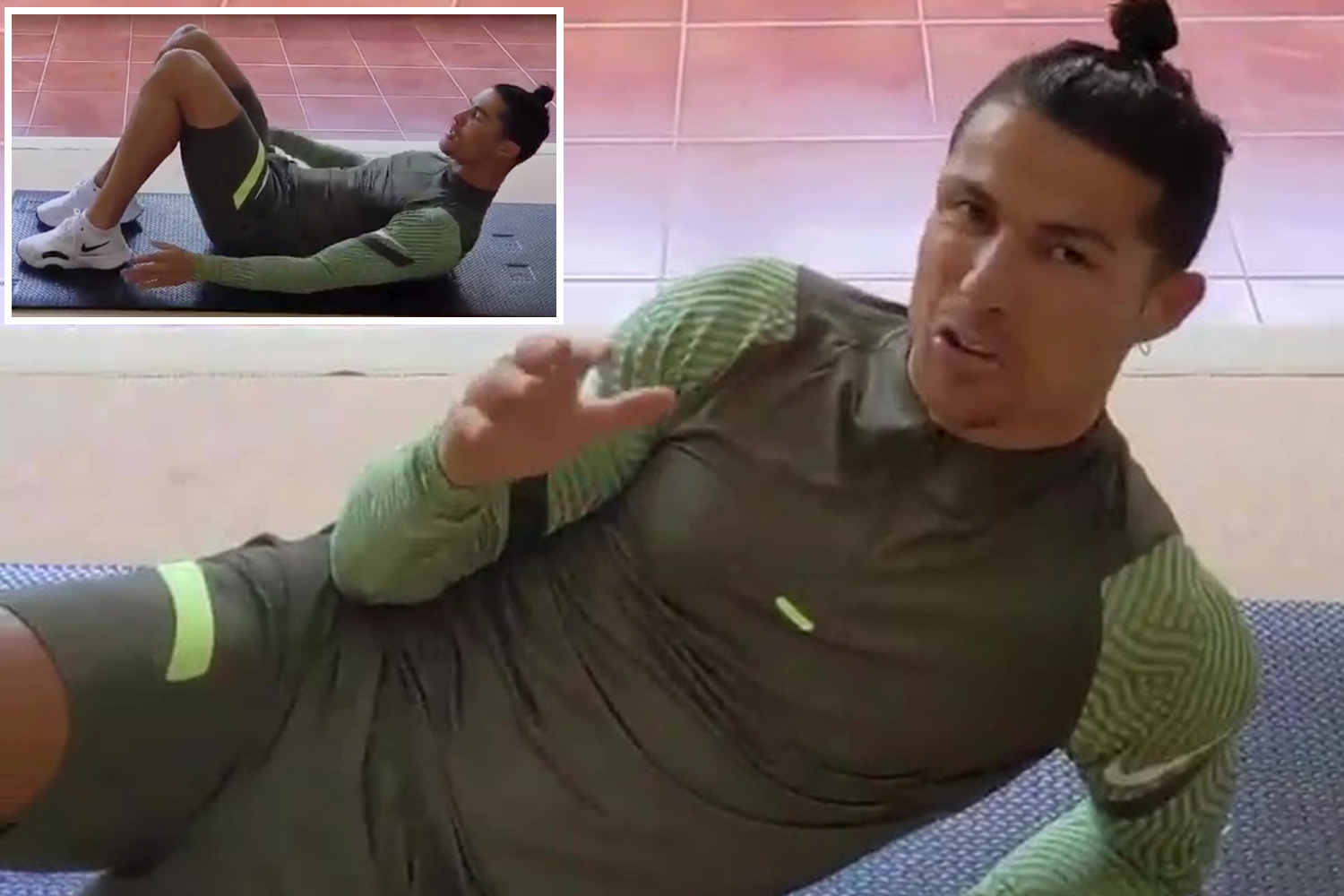 The Portugal legend has joined forces with American fitness franchise Crunch, to guide fans through virtual workouts during lockdown.

Ronaldo has kickstarted the project by taking his followers through seven workouts on Instagram, including squats and press ups, to help them stay in shape while being cooped up in doors.

An official website has also been created, as well as an Instagram page called 'cr7fitnessbycrunch' for fans to keep up to date with the latest fitness challenge.

The Portugal ace arrived back in Turin on Monday and has to spend 14 days in quarantine before he can return to training with his Juventus teammates.

Having returned from two months locked down in Madeira, the Portugal superstar is itching for a return to full practice outside as Serie A edges just weeks away from a probable restart.

Ronaldo, missus Georgina Rodriguez, the four kids, mum, and brother Hugo were in quarantine together at a rented £3,500-a-week six-bed mansion they moved into near the fishing village of Canical.

The five-time Ballon d'Or winner kept the tools sharp by training at the Madeira Stadium, home of second tier CD Nacional and is in "great shape" according to his training partners on the Island.

And he has been regularly updating fans with his crazy fitness schedule involving ab crunch challenges and hill sprints with girlfriend Georgina.

He recently enjoyed a hiking adventure with his partner and his son on scenic Madeira.

The Juve marksman now eats up to SIX meals a day, with fish a big part of his diet.

He regularly gorges on swordfish, tuna, braised cod and regards chicken as "magical" due to its high protein and low fat content.

And he will take a staggering five naps a day in addition to eight hours of sleep each night.