GARY LINEKER, Alan Shearer and Ian Wright have revealed who they would pick in the battle of Cristiano Ronaldo vs Lionel Messi.

Never has a rivalry so intense burned so brightly at the top of football for so long. 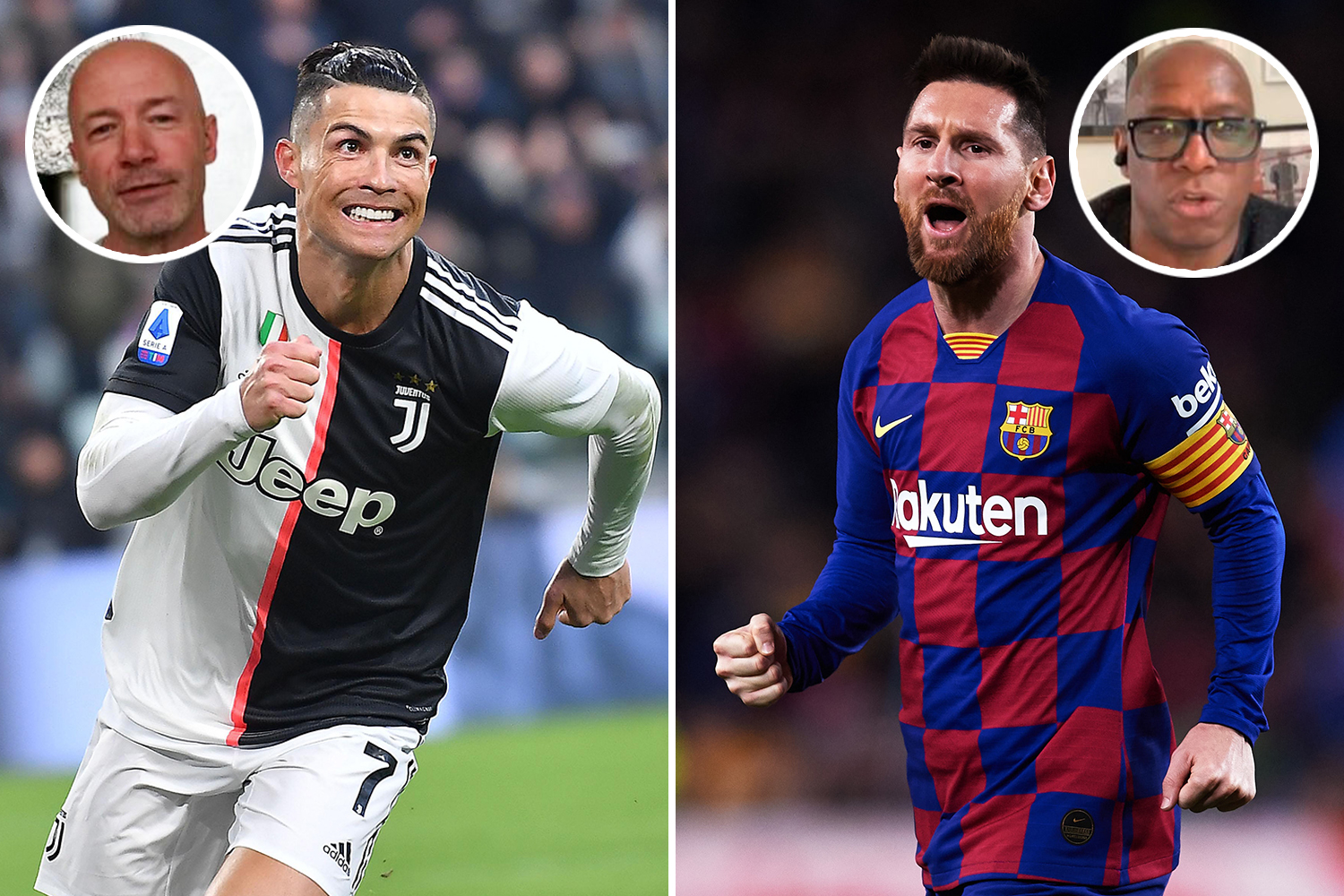 And ardent supporters on either side pledge religious-like allegiance to either the Barcelona genius or the Juventus icon.

They are even used to describe personality types – are you a bit of a Ronaldo lad or more of a Messi gent?

Well, turns out even the Match of the Day hosts are split on the question of who, ultimately is the better footballer.

Speaking on their latest MOTD podcast, all three laid out their cases.

Here they are below, with the winner revealed at the bottom.

"Cristiano Ronaldo, on what he's done in different leagues, the goals he's scored, his workrate, his total drive for perfection and what he's doing, for me, he just pips it as the top man.

"In my opinion, what Ronaldo has done to get himself to where he is…

"Messi has done the same with Barcelona, the loyalty he has – they were the only ones who wanted to pay the growth hormones he had to take at £9,000 a pop.

"The fact Ronaldo has gone to different leagues has got to count for something.

"He continually pushes himself to the next place. The way Ronaldo has driven his way to the top is No 1 for me.

"But you cannot ignore Messi's statistics and the loyalty he has shown."

"These two have taken goal-scoring to a different level. They are bonkers.

"Ronaldo has made himself as good as he is in terms of how dedicated he has been and how he has worked hard. I think it's been more natural for Messi in terms of skill-wise.

"They both are just staggering."

"I try to judge footballers by the joy they bring and they both bring an incredible amount of joy.

"I love watching Messi. Even on a quiet day he'll do four or five things in a football match that you actually go, 'how the hell did he do that?'

"It's the joyous nature that he brings to the game that I enjoy above Ronaldo's driven, goal-scoring, 'me' attitude."