“Malo nas je al' nas ima, nije vazno srusit cemo snove svima.” (There’s a small number of us, but there is us. It’s not important, we’ll smash the dreams of others)

Zagreb: In the hours leading up to Croatia’s semi-final match against England on Wednesday night, the chorus of Boris Novkovic’s iconic Croatian rock ballad echoed around Zagreb. Before the match, it was sung in mostly in defiance. After stunning a wealthy giant nation that believed they were the true home of the World Cup, that chorus was bellowed out until sunrise as tens of thousands brought the capital to a standstill, firmly believing in every word of the song.

And why shouldn’t they? 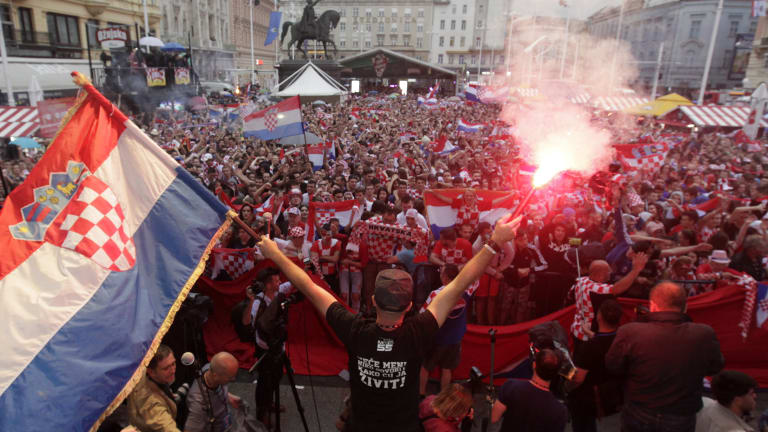 Twenty-four years ago, Croatia – as we now know it – didn’t exist. Today, a modest country of four million people is just one game away from becoming world champions after reaching the final of the World Cup for the first time in their short history. After toppling the likes of England, hosts Russia and the Lionel Messi-lead Argentina, the small Balkan nation faces one last giant in France and already, the entire nation has been swept away by Croatia’s class of 2018.

They have endeared themselves by doing it the hard way – going through extra time in all three knock-out games. But they are also a team that have proven to be a unifying force in a fiercely divided region. Goalkeeper Danijel Subasic has been perhaps their greatest hero thus far, helping Croatia progress past Denmark and Russia in two penalty shootout victories. It has made him among the most idolised figures in his nation, despite his Serbian background. 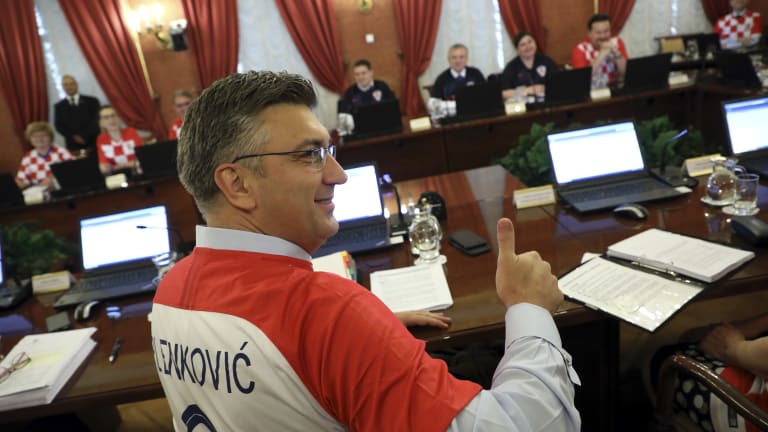 Subasic is the pillar of a team that was said to be derided before the start of the tournament. On the eve of the World Cup, Croatian football was hit with a major scandal when the longstanding Dinamo Zagreb chief executive and Croatian FA vice president, Zdravko Mamic, was sentenced to six-and-a-half years in prison after siphoning millions of euros out of the club and into his own accounts, and avoided paying taxes.

He remains in hiding after fleeing to Bosnia. Worse still, Mamic's famed standover tactics and corruption implicated Croatia captain Luka Modric in the case, with the Real Madrid midfielder facing a six-month jail sentence for perjury.

Corruption is no stranger to football in these lands but the Mamic case was thought to further wedge a cultural divide between his power base in Zagreb and the second biggest region of Dalmatia on the coast. Hajduk Split boycotted games against Dinamo and their most ardent fans swore off the national team and took their protests to international fixtures.

But just as Italy experienced in 2006, winning the World Cup on the back of the Calciopoli incident, domestic football scandals have a way of galvanising national teams. Mamic’s sentencing occurred just 10 days before Croatia’s opening match of the 2018 World Cup but concerns over catastrophic distractions were quickly eased by a polished 2-0 win over Nigeria.

Croatia were soon daring to dream when they backed that up with a 3-0 shock win over Argentina in their next game and it wasn’t long before the entire nation and its diaspora were revelling in their team of giant killers.

The Josip Jelacic Square in the centre of Zagreb has long since been transformed into a fan site, taken over by pop-up bars, concert stages and viewing areas as the locals dare to dream. Croatia’s flag has been draped across statues, balconies and cars. After their shock 2-1 win over England, traffic was brought to a standstill as the party spilled on to the street. Fans danced on car roofs, climbed statues and tore down street signs, while spent flare canisters were almost as prominent on the ground as emptied beer bottles. 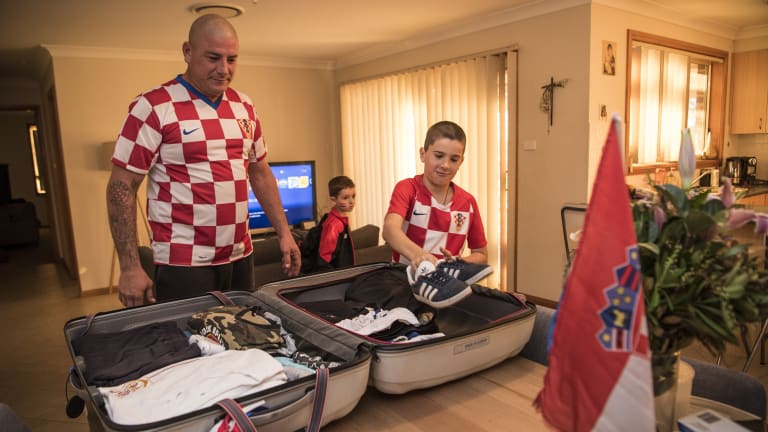 For all the murmurs of regional divide, the spirit has been shared on the coastal cities of Split, Zadar and Dubrovnik, where the Sahovnica (red-and-white checkerboard) is displayed just as prominently as it is in Zagreb.

Second only to Moscow, Croatia looms as the hottest destination in Europe this week as their sprawling diaspora comes flooding in for what is already an historic moment. Flags of North Geelong Warriors and shirts of Sydney United were visible among the crowd but it wasn’t just the Australian Croatian community joining in. Those from USA, Canada, Peru, Germany, The Netherlands and Italy have come flooding to their ancestral home.

Star-studded France awaits but Croatia are beginning to believe now is their time. Croatia won’t be fancied but neither will they be deterred, boasting a small number of champions of their own who, thus far, have done a pretty good job of smashing the dreams of others.