It is no surprise, with speculation starting several weeks ago that Ewan would join the Dutch squad.

Mitchelton-Scott controversially left Ewan off their Tour de France team, after announcing last December that he would make his debut in the race. 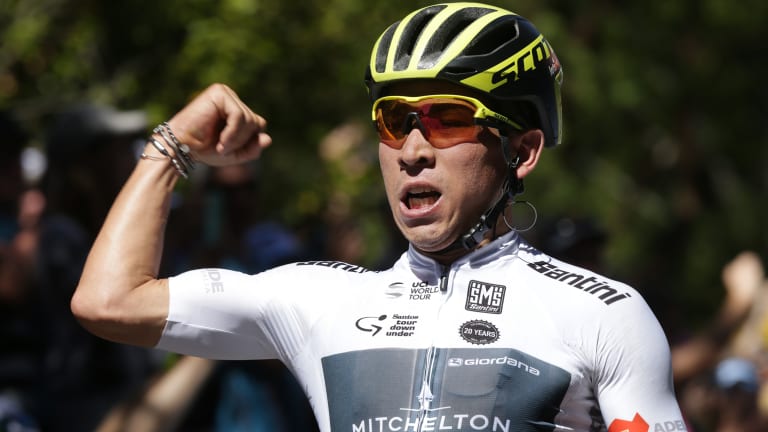 Ewan said that the final decision left him devastated.

Mitchelton-Scott are adamant that the backflip on taking Ewan to the Tour was based purely on form.

They are shifting their focus to general classification goals in the Grand Tours and their No. 1 focus at the Tour de France was team leader Adam Yates.

Ewan, one of cycling's hottest young prospects at just 24, has signed a two-year deal. He will continue riding for Mitchelton-Scott until the end of this season.

"The decision to take this path with Lotto Soudal has been a logical one if you take the emotion out of it, but we have much hard work ahead to make sure it becomes the perfect match," Ewan said in a statement.

"I do feel the path Mitchelton-Scott are now on is one not suited to me, but I have nothing but appreciation and respect for the riders and entire organisation.

"I have learned and experienced so much during the past four years, I have many life-long friends there and I am sincerely grateful to them."

Ewan's transfer comes a day after Australian cycling star Simon Gerrans announced he would retire from competition at the end of the season.

Richie Porte is also yet to confirm that he will leave BMC and join Trek-Segafredo.