Emma Raducanu’s visit to Indian Wells may have been brief but Britain has plenty of interest in the men’s draw, with Dan Evans and Cameron Norrie both reaching the third round on Saturday.

Norrie arrived in the Californian desert on the back of a fifth final appearance of the season in San Diego, and he made it through with a 6-4 5-7 6-0 victory over American Tennys Sandgren. 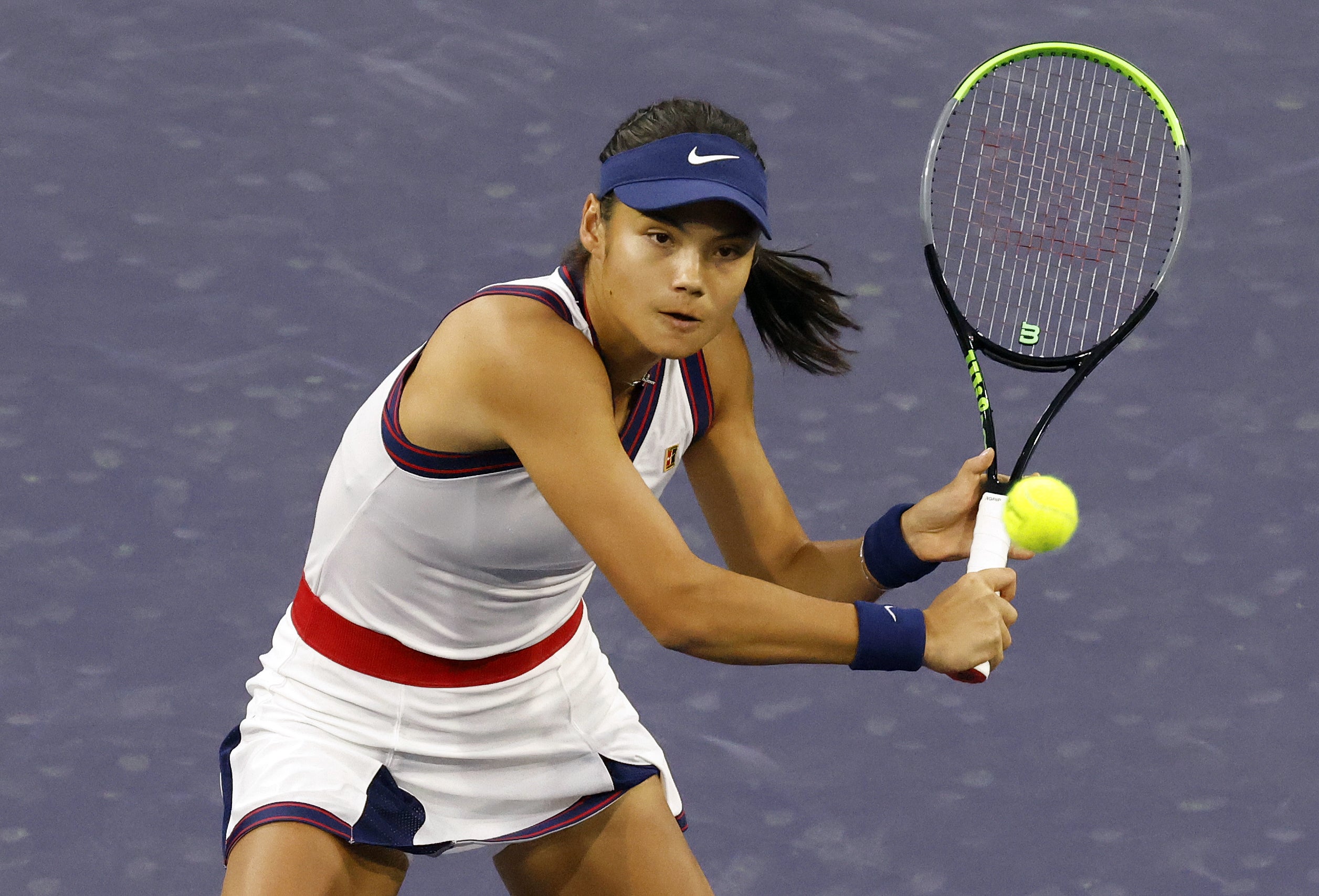 Andy Murray will try to join them in the last 32 on Sunday, but the main focus from a British perspective remained Raducanu’s straight-sets defeat by Aliaksandra Sasnovich and where the US Open champion goes from here.

Evans said: “I would not know what she’s going through. I think I read somewhere that she said it was sort of a good feeling to get that match out of the way, and that’s probably true, isn’t it, that she’ll now start getting back to a bit of normality where she can play and get ready for the next tournament.”

On Raducanu’s lack of a permanent coach, Evans, who has spent periods travelling on his own, said: “It’s not easy, obviously. But she’s got the right people to be able to do the right things at the tournament.

“If she needs to hit, she needs to feed balls, that’s no issue, where that was my biggest issue is that I didn’t even have someone with me. Obviously the coaching thing will be sorted soon, I guess. Then hopefully it might be a bit of a longer partnership.”

Nishikori had won three of their four previous meetings, with Evans’ only success coming in his breakthrough grand slam run at the US Open in 2013.

The Japanese player is currently ranked down at 53 but he remains a sweet ball-striker and smooth mover, and he got the better of three breaks of serve to take the opening set.

But Evans, who reached the fourth round of a grand slam for the second time in New York last month, got his reward for chipping away at the Nishikori serve in the second set with a break in the sixth game.

Both men received treatment to their feet during the match, and Nishikori appeared to be in the ascendancy at the start of the decider, but Evans withstood the pressure and moved ahead in the seventh game before saving two break points to clinch victory after nearly three hours in intense heat.

“The heart sinks a bit when I see Kei’s name waiting to come through,” said Evans with a smile. “The conditions don’t really bother me. I quite like it, but it was a tough draw.

“It was satisfying how I dealt with a bit of adversity after the first set and missed a few chances to get up, so it was nice to come through in a good, tough match.”

Evans, who revealed he is having to deal with an ongoing toe problem, will next meet 11th seed Diego Schwartzman.

Norrie appeared to be cruising at 5-1 in the opening set against Sandgren and with three set points on his opponent’s serve. 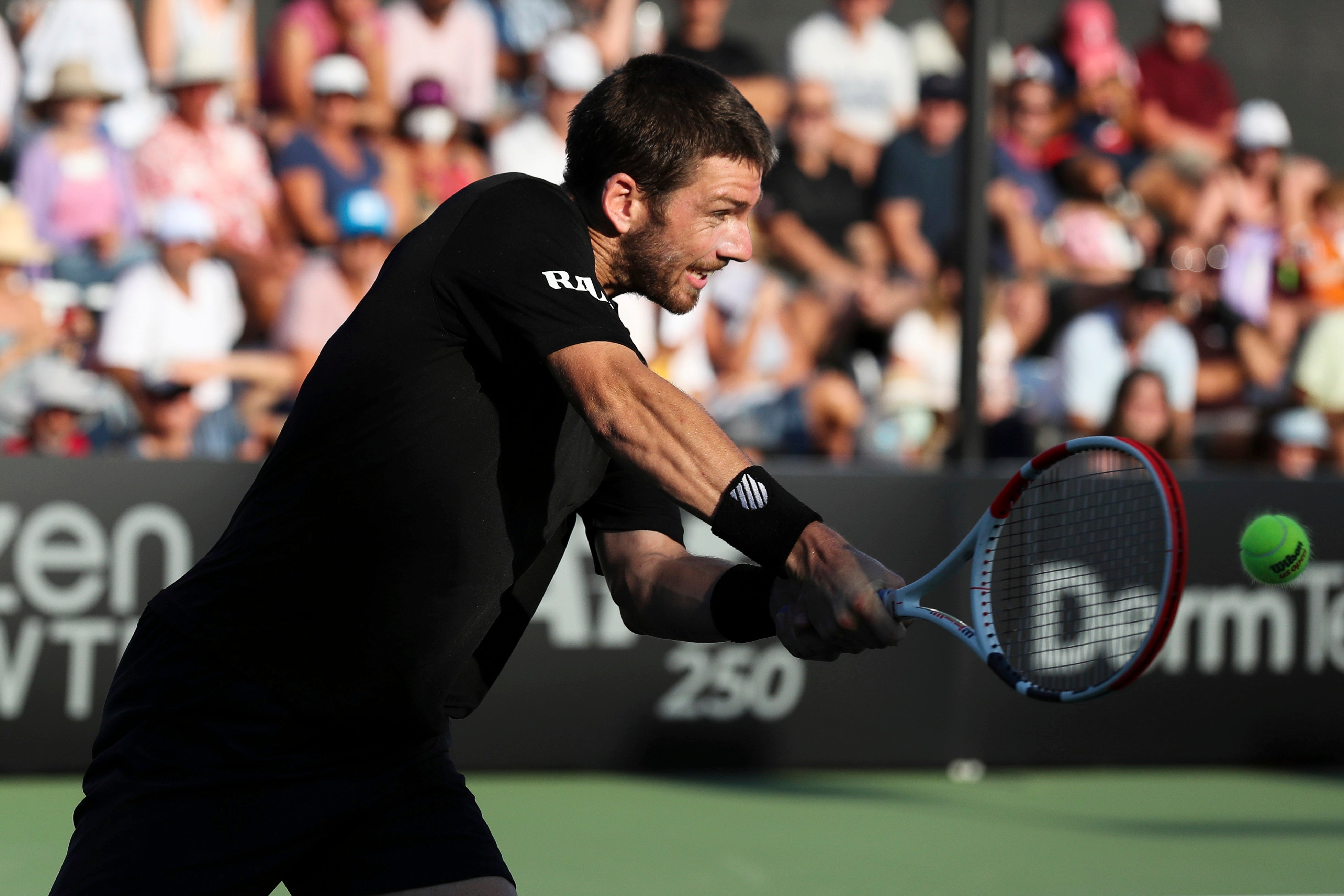 The American was hobbling around the court but Norrie had to dig deep to prevent Sandgren drawing level in the opening set and then failed to capitalise on a lead in the second as he was pushed to a decider.

But the British number two, who is at a career high of 26 in the rankings, got the job done in the end, racing through the third set to set up a meeting with 15th seed Roberto Bautista Agut.

Norrie admitted it was a strange match, saying on Amazon Prime Video: “I was up 5-1, think it was 0-40, and he managed to look like he wasn’t so interested and then he was interested.

“I had a lot of chances in the second and then he came at me again. It’s good to get the first match under the belt and then I played pretty solid in the third set.

“Definitely a lot of things to work on. I don’t think I did much well today apart from fighting for every point.”