The poet and the point guard have never met. But they see the parallels in their crafts — the push-pull between creativity and pragmatism, between daring and safe.

Before this season, Mikko Harvey, an award-winning poet long enamored of the playing style of D’Angelo Russell, wondered if the Nets would ever find a place for their new point guard, whose imaginative play can vacillate between the beautiful and the boneheaded.

Do you throw the no-look pass for beauty’s sake when a practical pass would do?

Do you write poetry or paint portraits when just about any other career is the more prudent choice?

“Rooting for D’Angelo seems like a vote for art and a vote for imagination and a vote for whimsy,” Harvey said. If that’s the case, whimsy is winning. At 22, Russell will play in his first N.B.A. All-Star game on Sunday.

Harvey began rooting for Russell when they were at Ohio State five years ago — Harvey as a graduate student, Russell as a freshman for the Buckeyes. Harvey fell in love with the artistry of the point guard’s play.

Watching Russell is like seeing a skateboarder midair, soaring through a series of dizzying flips and twists, Harvey said. “You hold your breath wondering whether or not he’s going to land it.”

When told of the analogy, Russell nodded. “I can relate,” he said. “It’s risk versus reward. I play freely, almost with an edge taking what the defense gives, but also taking what I want. And that’s either a tough shot that goes in or a tough pass that gets through. It can either be a turnover or an air ball.

“There’s a balance. I think that’s where my success has come from, finding that balance this season. But for coaches, it can be hair-pulling, turning it over too many times or trying to make a home run pass or shot too many times.”

So far, the risk is paying off. Russell has become the leader of a team that has exceeded expectations. At 30-29, the Nets have surpassed last season’s victory total with less than a third of the regular-season schedule remaining. 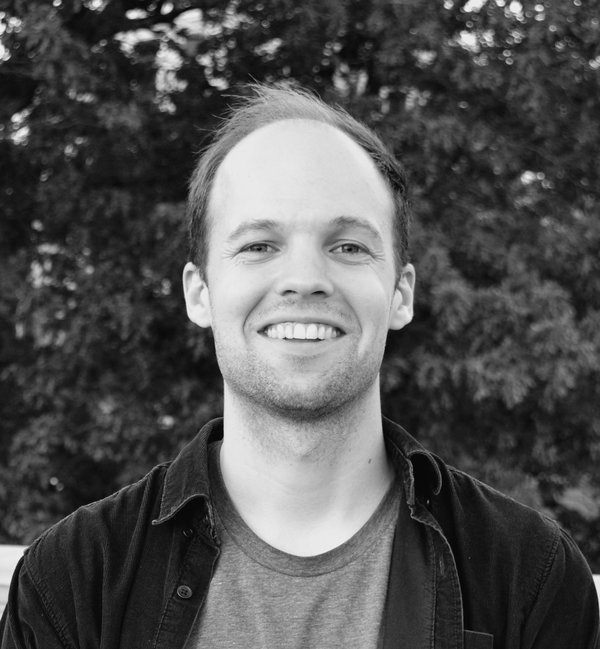 “There is a creative gene that he has,” Nets Coach Kenny Atkinson said. “Artists drive you crazy sometimes because they want to keep expanding, and there has to be a discipline. Sometimes, he gets too creative. His biggest strengths can be a weakness, but his creativity and our structure have become a good marriage. The more I’ve gotten to know him, the more I let him be more creative. Sure, I can get upset at times, but I’m going towards giving that kid more freedom.”

Though Russell’s crafty plays have outweighed the knuckleheaded ones this season, there are times when Atkinson wants to pull out fistfuls of hair. In October against New Orleans, with the Nets ahead by a point with 7.5 seconds left, Russell glanced left, knowing Caris LeVert was to his right. His no-look pass sailed far beyond LeVert’s reach and out of bounds, and the Pelicans went on to win.

“I wasn’t no-looking just to no-look,” Russell said, adding that he miscalculated the speed of the cut. “But I should have been looking.”

More recently against Boston, with the Nets behind by 7, Atkinson sat Russell for the final 8 minutes 42 seconds, even though the point guard had scored 25 points in 24 minutes. After Russell loafed on two rebound attempts and turned the ball over twice, Atkinson pulled him for what he called a “teachable moment.”

After the loss, Russell accepted responsibility without complaint, a sign of his growth since coming to the Nets.

Russell’s leadership skills now are miles from the immaturity that plagued his rookie season with the Los Angeles Lakers, who drafted him as the second overall pick in 2015. That year, he made a secret recording of his teammate Nick Young admitting to cheating on his fiancée at the time, the rapper Iggy Azalea. The video became public, Young and Azalea broke up, and locker room dysfunction followed. After two seasons, the Lakers traded Russell to the Nets.

“D’Angelo is an excellent player,” Magic Johnson, the Lakers’ president, told reporters in 2017 after introducing Russell’s replacement, Lonzo Ball. “He has the talent to be an All-Star. We want to thank him for what he did for us. But what I needed was a leader. I needed somebody also that can make the other players better and also that players want to play with.”

Russell has become precisely what Johnson desired: an All-Star, a leader and someone who makes those around him better.

“He makes it fun to play because he makes game a lot easier,” forward Joe Harris said. “He’s a cerebral player. If someone doesn’t get a touch, he’s thinking about how to get them in rhythm.” 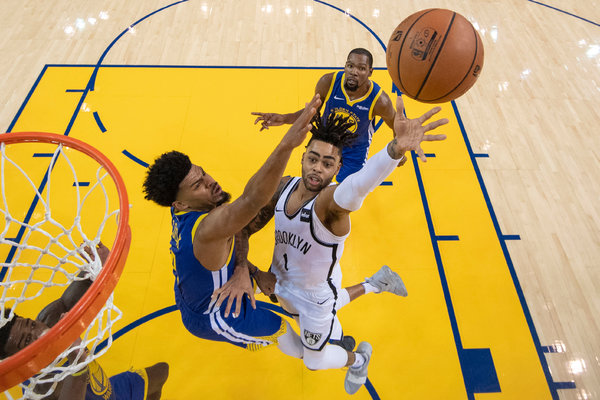 On a recent trip, while the rest of the team was napping on the plane, Atkinson tapped Russell on the shoulder and told him that he had been named an All-Star — Russell would be a reserve, replacing the injured Victor Oladipo. Russell held back tears.

“Going into the season, I don’t think anyone, myself included, thought I’d be an All-Star,” Russell said. “I feel like what I’ve been through in the league, I’ve learned when you focus and buy into your craft, all of a sudden you look up and good things happen.”

And with the good comes something else: pressure.

Like most Nets fans, Harvey, the poet, is thrilled with the team’s success but also filled with other-shoe-drop anxiety. As the Nets inch closer to a playoff spot, what if the trap door opens and they fall closer to the cellar? Or what if Russell regresses?

“Even when things are going well, I’m so used to them falling apart,” said Harvey, 26, who previously lived in Brooklyn, where he taught creative writing and worked as an editorial fellow at Poets & Writers Magazine.

The poet’s fandom left the confines of his imagination last year when in an interview with a Canadian literary blog, he was asked to describe his secret internet obsession. He confessed: “I watch his games, read think pieces about him on the NetsDaily fan website, keep up with his Instagram, etc. He occasionally appears in my dreams.”

If finding a balance between the daring play and the restrained one is what Russell has learned this season, Harvey of course sees a parallel to poetry.

“It’s not easy to blend his kind of unpredictable energy into a set system,” Harvey said. “And yet that’s one of the beautiful challenges of artmaking: finding ways to innovate within structure. A poem can be wildly inventive even while following an 18th-century rhyme scheme. His creativity really shines when he has a good system to either fall back on or react against — his imagination has become much more coherent.”

Harvey relies on an essay, “The Figure a Poem Makes” by Robert Frost, to describe the creative process. It takes hard work to become a great artist, but it also requires something mysterious and intuitive.

“Like a piece of ice on a hot stove, the poem must ride on its own melting,” Frost wrote. “A poem may be worked over once it is in being, but may not be worried into being. Its most precious quality will remain its having run itself and carried away the poet with it. Read it a hundred times: It will forever keep its freshness as a petal keeps its fragrance. It can never lose its sense of a meaning that once unfolded by surprise as it went.”

When the words are read to Russell, his eyes grow wide. “I went to Robert Frost Middle School,” said Russell, who is from Louisville, Ky. “That’s fascinating. I like the way he did that. I get it.

“Just as far as the mental process goes, when you put words in a poem, you have to think how many outcomes the reader will come up with. Like Robert Frost said, it never gets old, you can read it a hundred times and it keeps its freshness. You can take that over to basketball. Your mind can take your game to so many different levels. It totally relates.”