DANI ALVES revealed he wanted to return to Barcelona but the club 'didn't have the balls to admit they were wrong with me'. 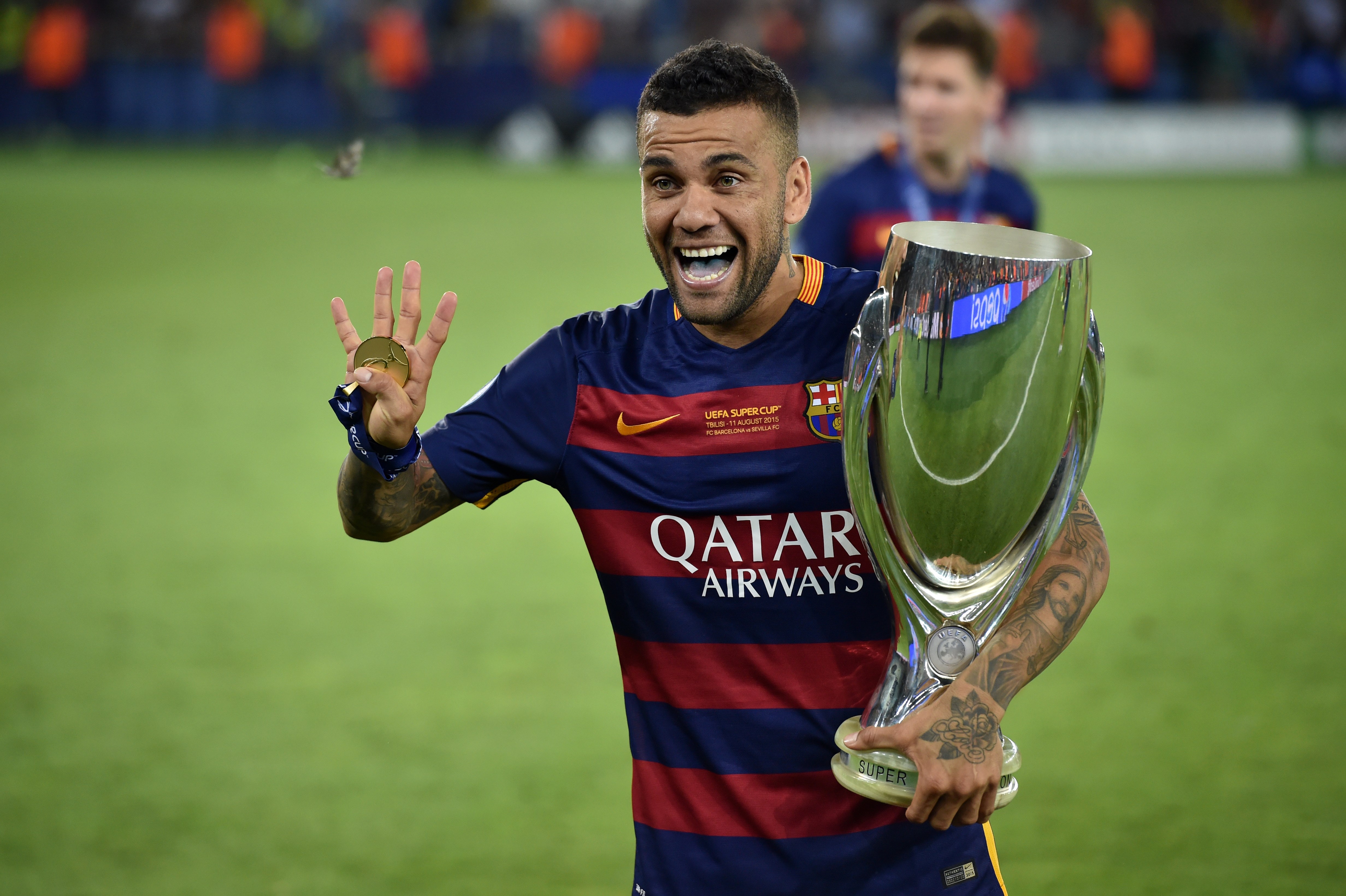 After establishing himself as the world's prominent right-back he was surprisingly allowed to leave on a free and joined Juventus on a two-year deal in 2016.

But he left Turin by mutual consent after winning a domestic double in his only season and signed for French giants Paris Saint-Germain in 2017.

But Sao Paolo star Alves revealed he fancied a return to Spain after leaving Serie A – but the club's failure to recognise they treated him poorly prevented him rejoining the Blaugrana.

He told RAC 1: "I offered myself to Barca to come back. I went to Juve to prove I was still at a good level.

"I wanted to return to Barca and they needed me, but they didn't have the balls to admit that they were wrong with me.

"If they had treated me as I thought I deserved, today I would still continue playing for Barca. I love this club."

Alves added another six trophies to his collection in two years in the French capital with PSG.

Before returning to play in his homeland with Sao Paolo in 2019.

The veteran full-back is still captain of the Brazilian side and has amassed 118 caps since his 2003 debut.

He is the latest star to slam the Barcelona hierarchy after skipper Lionel Messi, Luis Suarez and Neymar all ripped into the Catalan chiefs.

Controversial president Josep Maria Bartomeu quit last month ahead of a vote of no confidence and Alves believes it's time for a rebuilding project at the cash-strapped giants.

He added: "The style of Barca is changing. The club has lost its identity a bit and now has to go through a tough process to recover it.

"I think that Barca only wants to be a commercial and business club…buy and sell players. When you do that, you lose your identity. I think that is the problem for Barcelona."