He offers a new dimension to their attack, giving them the pace on the counter they have never had under Mauricio Pochettino. 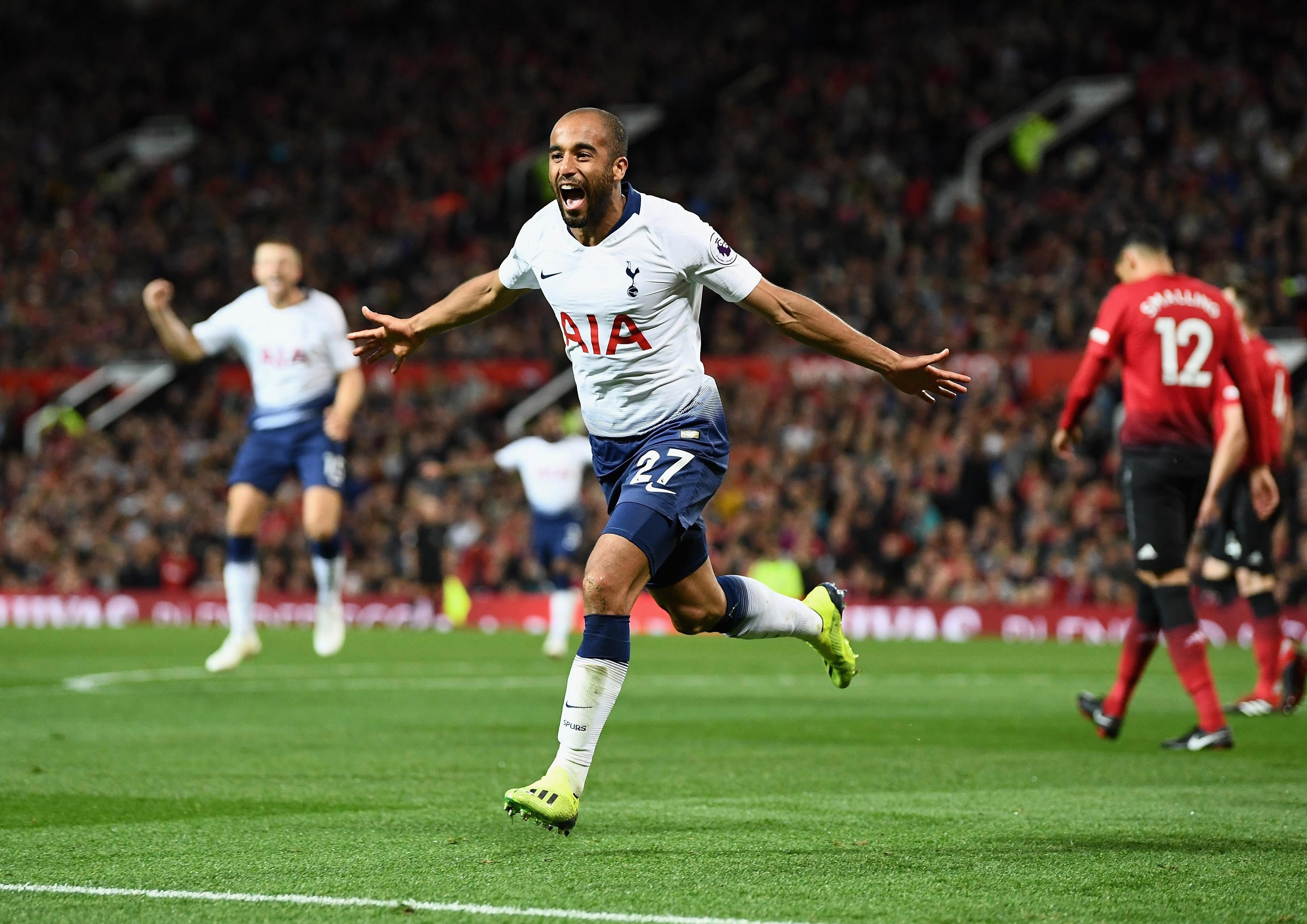 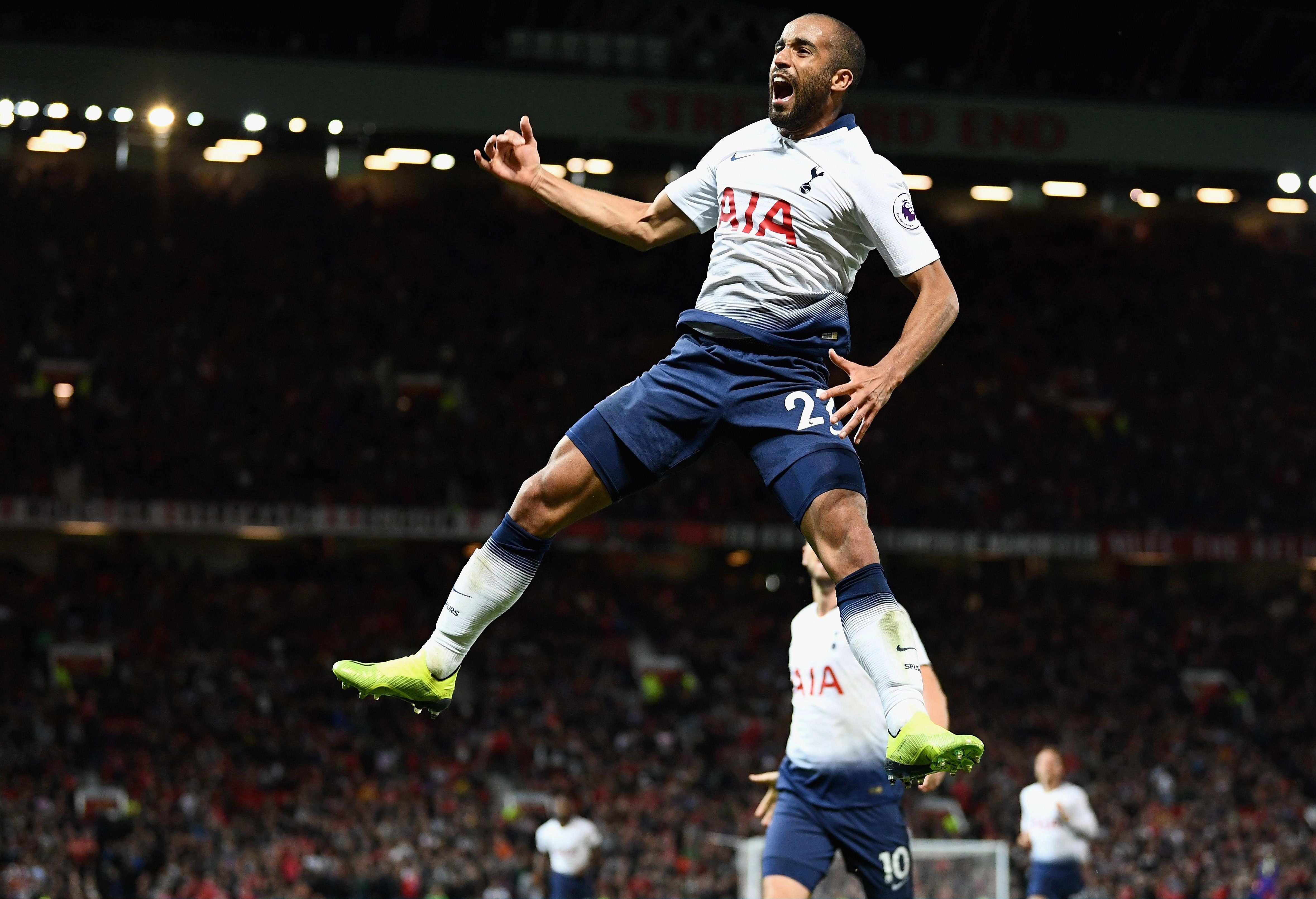 The Brazilian made Manchester United’s defence appear all at sea on Monday and he also showed how clinical he is in front of goal.

Moura, Harry Kane, Dele Alli and Christian Eriksen all have unique qualities, which when combined makes Tottenham such a formidable quartet.

They all bring something different to the party, get the best out of and improve each other.

Dele has a great connection with Kane, always reacting to the England skipper’s movement. 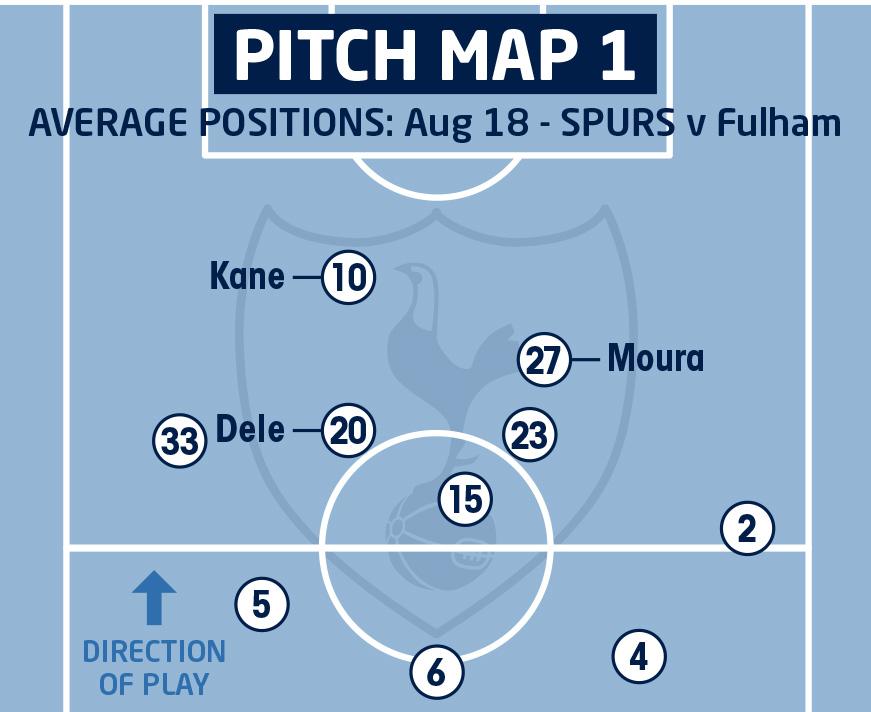 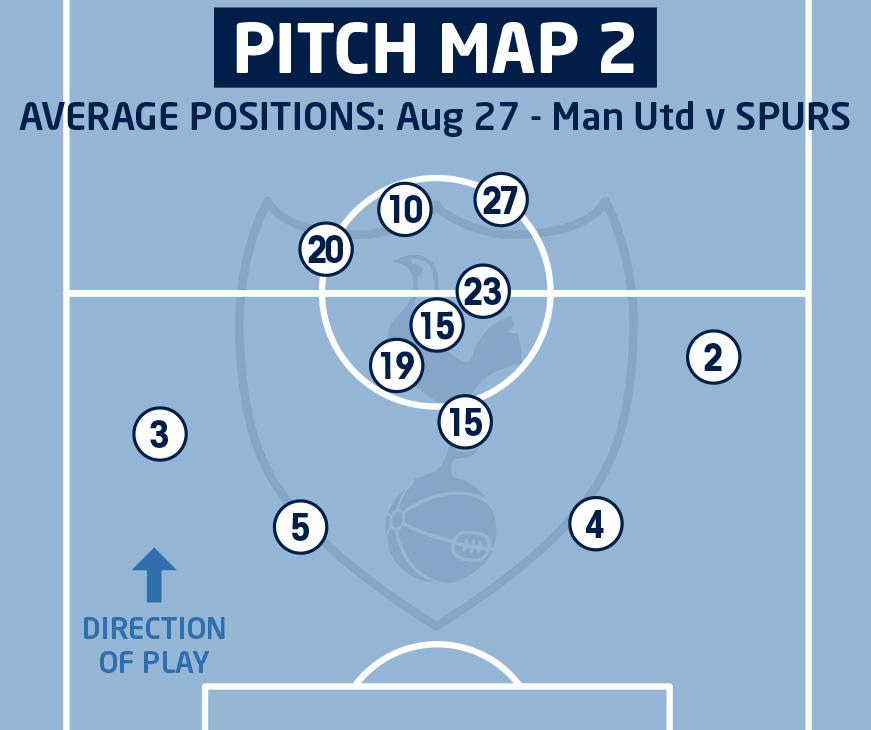 If Kane drops deep, he will move into the space left in behind.

But if the striker stretches the game (see average positions v Fulham), Dele will drift into the holes between midfield and defence.

Against United, Kane often came short to great effect, highlighted by Moura’s second goal, while Dele managed to get on the same line as him (see average positions v United) looking to get in behind. And this becomes a nightmare for defenders.

If you move out of the line to go with Kane, Dele and Moura will exploit the room behind.

But if you don’t, Kane will turn and look to pass or shoot, as your defensive midfielder will be occupied by Eriksen.

The four of them don’t have to worry about creating width as Spurs get this from their full-backs, giving the quartet freedom to cause havoc in the centre.

It was easy to mock Spurs for not making a single summer signing.

But they are one of the few teams in the league who will actually improve without any new additions.

Because of the age of their squad, they are still not at their peak and are improving all the time. 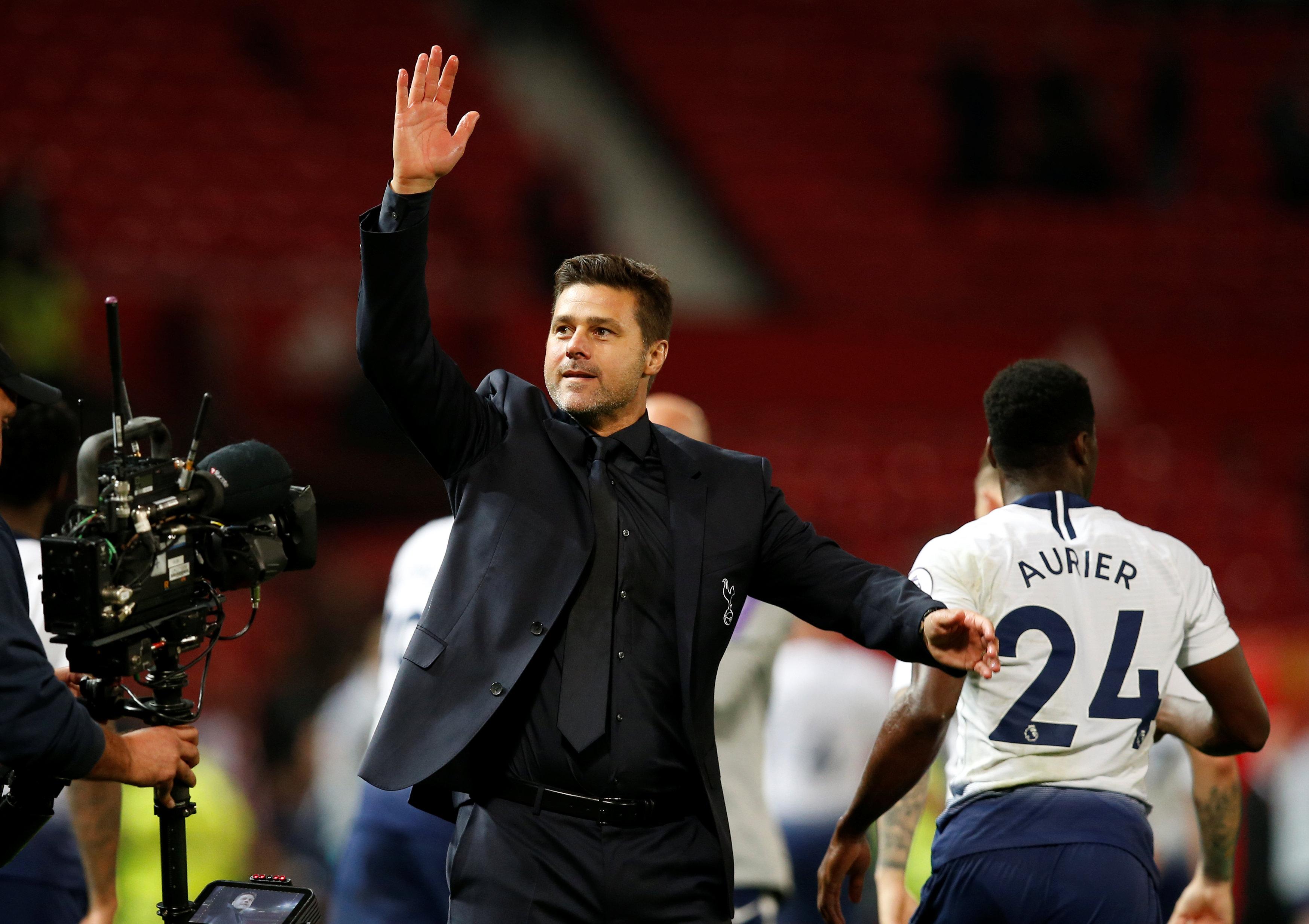 Going so close in the 2016 title chase and  losing last year’s FA Cup semi-final  will have been devastating experiences for a young squad — but they will stand them in great stead going forward.

They have grown up together, going through the highs and lows, maturing together without making too many changes.

And with Moura making them more dangerous than ever before, Spurs have everything to mount a serious challenge for silverware this year.