It's amazing what a win over a premiership fancy can do for the confidence. After beating South Sydney, and shaking off another week of coaching drama in the process, Darius Boyd insists the NRL title is anyone's for the taking, including those residing outside of the top four.

The Broncos captain is hardly the first man to venture out onto this particular limb in late August. It's standard fare for those without the likely benefit of a second chance in the finals but this time, Boyd may have a point. The road to the grand final looks wide open with two rounds remaining. 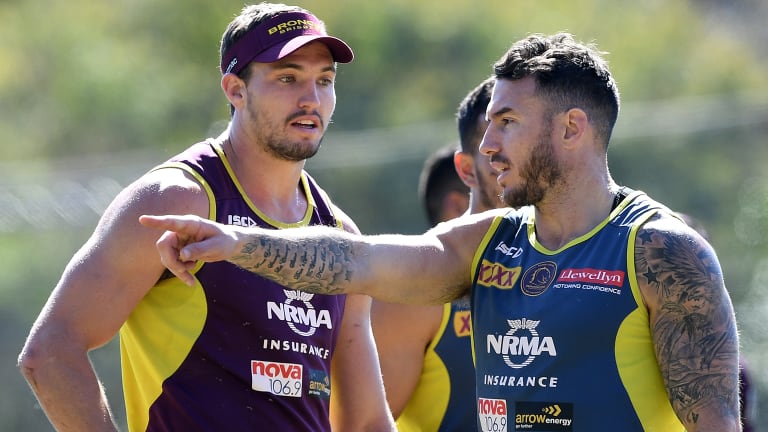 Ones to watch: Darius Boyd, right, believes the Broncos can go all the way, regardless of where they finish in the eight.

Like always, the trick lies in the fact it's never been done. No team has been able to win from five, six, seven or eight since the NRL began in 1998. That's where it appears the Broncos will have to advance from this time, although only four points spans the bottom of the eight to the top.

Brisbane have been hit-and-miss for most of the season but fired a significant shot last week, racing out to an 18-0 lead over the Rabbitohs before finishing them 38-18. This week they meet the top-of-the-table Roosters, who were the victims of an upset when they lost on the road to Canberra.

Knights coach Nathan Brown was one that picked the Broncos as a genuine wild card in the finals. Given their roster and very visible commitment to Wayne Bennett, little would surprise in a season where little has gone to script.

"It's possible. You look at the Cowboys [who came from eighth to lose the grand final] last year," Boyd said.

"I don't think anyone's put their hand up, to be honest, to lead the pack, lead the way. Whoever hits the most momentum the next couple of weeks leading into finals [can win it]; it's a new ball game, lot of pressure, big-game players come out to play.

"We've got the best coach to get us through those times as well."

Boyd is right to suggest that timing can be everything. Whether the Broncos can maintain the rage over numerous weeks will be revealed against the Roosters, who have firmed into favouritism as their stacked roster finds some cohesion. 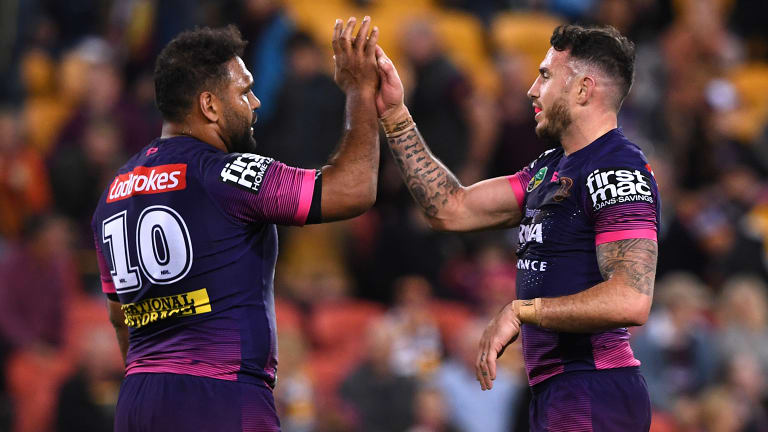 Throw out the form guide: The Broncos were impressive in disposing of premiership front-runners South Sydney.

Boyd's vocal support of Bennett was telling and likely indicative of the bulk of the Brisbane playing group. Bennett will be there in 2019 but his future beyond that remains to be seen. He wants to continue to coach, the Broncos are yet to decide on their path.

Endless rumours and reportage only seemed to spur the Broncos into life against the Rabbitohs, who were without Greg Inglis and Alex Johnston but were still stung hard at Suncorp Stadium.

"I think our performance on the weekend really showed that," Boyd said. "It's outside noise. We know inside our club who we respect and what opinions matter and that's what we focus on.

The Broncos finish their season at home against Manly, which could be an easy kill going into the finals if the Sea Eagles can't a way out of their current funk. If they are revved up in week one of the post-season, they will be the team everyone is desperate to avoid.