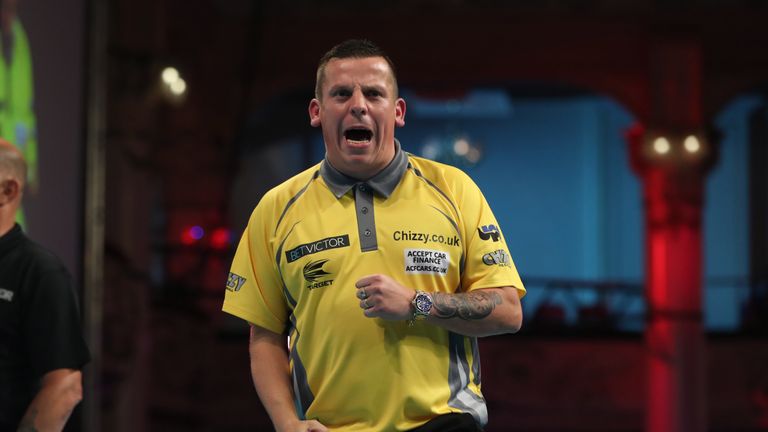 “I practice in my shed at home and my wife Michaela is always on at me to make sure I’m in there practising,” says Dave Chisnall, who has finally ended his 18-month wait for a PDC title.

Chisnall hit a nine-darter against Rowby-John Rodriguez in round three before going on to claim his 13th PDC crown. 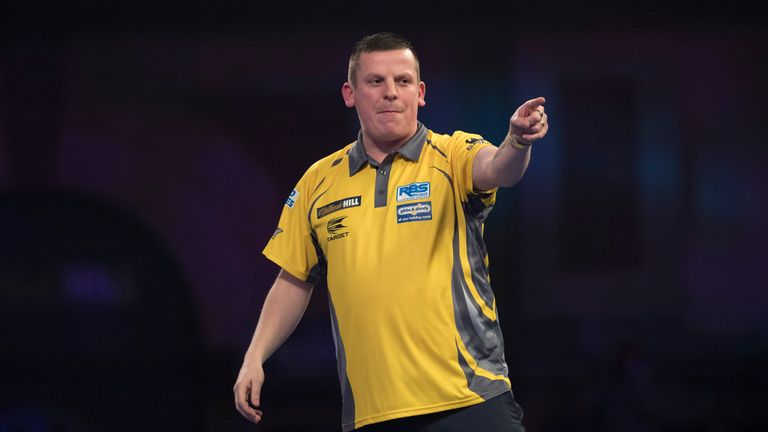 After claiming the £10,000 top prize with a memorable win, Chisnall thanked his wife Michaela for encouraging him to practice in his shed.

“Last year I wasn’t in the best place mentally because I was having some problems at home,” said Chisnall, who is now up to 11th on the PDC Order of Merit.

“But since July I’ve been practising a lot more and it shows because my doubles aren’t letting me down anymore.

“I practice in my shed at home and my wife Michaela is always on at me to make sure I’m in there practising.

“She often texts me during the day asking if I’m in the shed practising but this just shows that if you put the work in then the rewards will come.

“This is a great way to start the year, I’m feeling even more confident about my game now so hopefully more titles will follow.”

What comes next? Night Two – Thursday, February 14 at The SSE Hydro, Glasgow

Chisnall was joined by Dutch youngster Geert Nentjes, world No 1 Michael van Gerwen and Premier League Contender Chris Dobey in hitting nine-darters, setting a new record for perfect legs in a day at a ProTour event.

“I practice a lot with Chris Dobey so when I heard he’d hit a nine-darter I thought ‘I’ll have a crack myself!'” Chisnall added.

Really happy to win my 13th PDC title. Thank you for all the nice messages. pic.twitter.com/XaHdzuIhvT

Chisnall will return to ProTour action at the weekend for Players Championships 3-4 at Wigan’s Robin Park Tennis Centre.

The Premier League heads to The SSE Hydro in Glasgow for night two on Thursday, February 14. You can also stay up to date with all the action by following us @SkySportsDarts and get all the latest news, previews and interviews www.skysports.com/darts