DAVID MOYES returns to Old Trafford on Sunday night looking for his first win over former club Manchester United since his 2014 sacking.

The Scottish boss, 57, took over from the legendary Sir Alex Ferguson following the latter's 13th Premier League title in 2013-14. 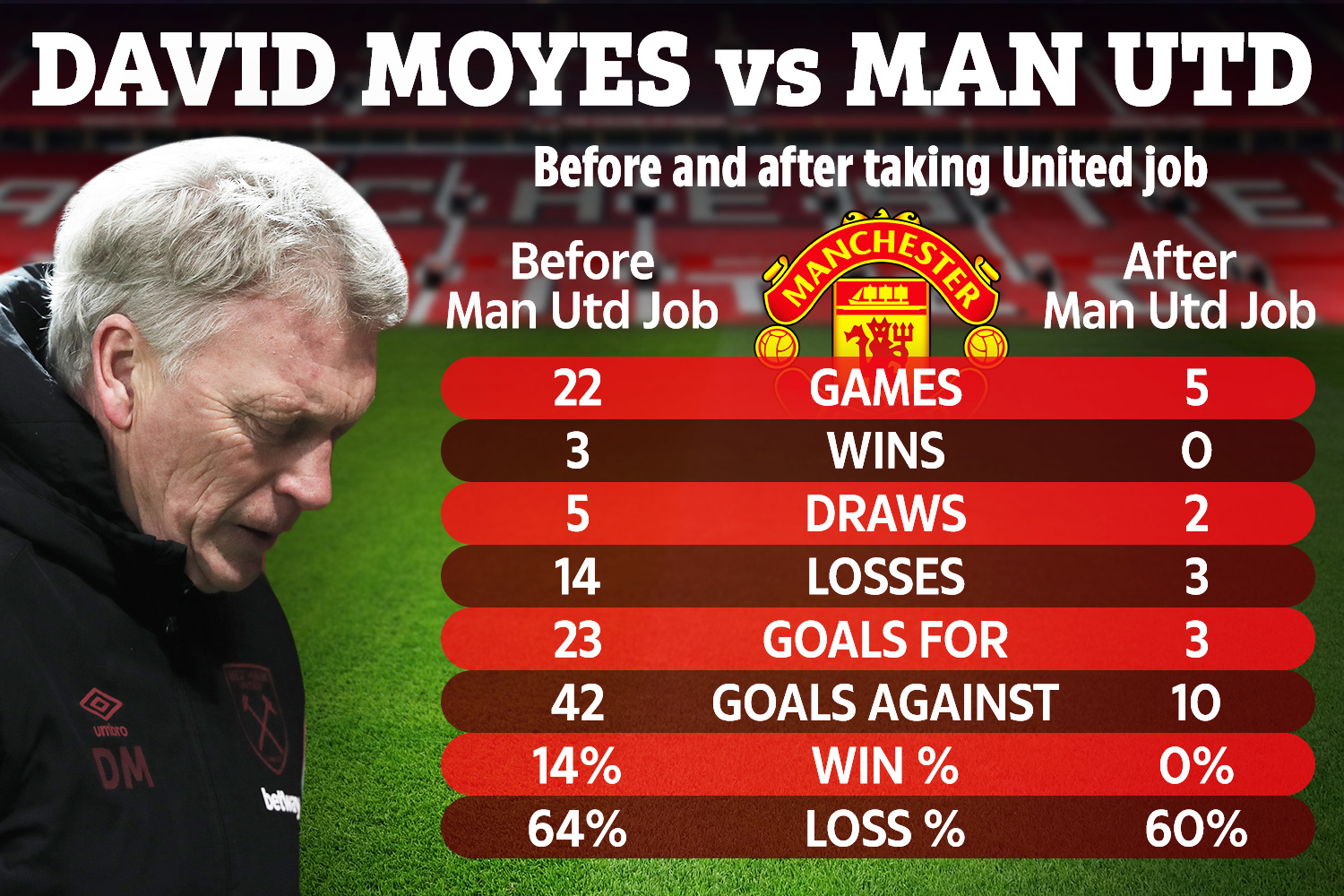 Dubbed 'The Chosen One', big things were expected from Moyes – who had worked wonders with Everton.

However, within a year, Moyes was given the boot after a difficult start to life in the Old Trafford hot-seat.

Seven years on from his sacking and Moyes is still yet to beat United since his departure.

The ex-Toffees boss' record against the Red Devils was hardly glowing before taking over at the Theatre of Dreams.

In fact, Moyes had overseen just THREE wins in 22 attempts against United during his 11-year stint at Everton.

The Goodison Park side drew five, losing a staggering 14 of those games.

But since leaving United, Moyes is winless in FIVE attempts, drawing two and losing three during his time at Sunderland and West Ham.

With history not in his favour, Moyes will be buoyed by the Hammers' current hot streak. 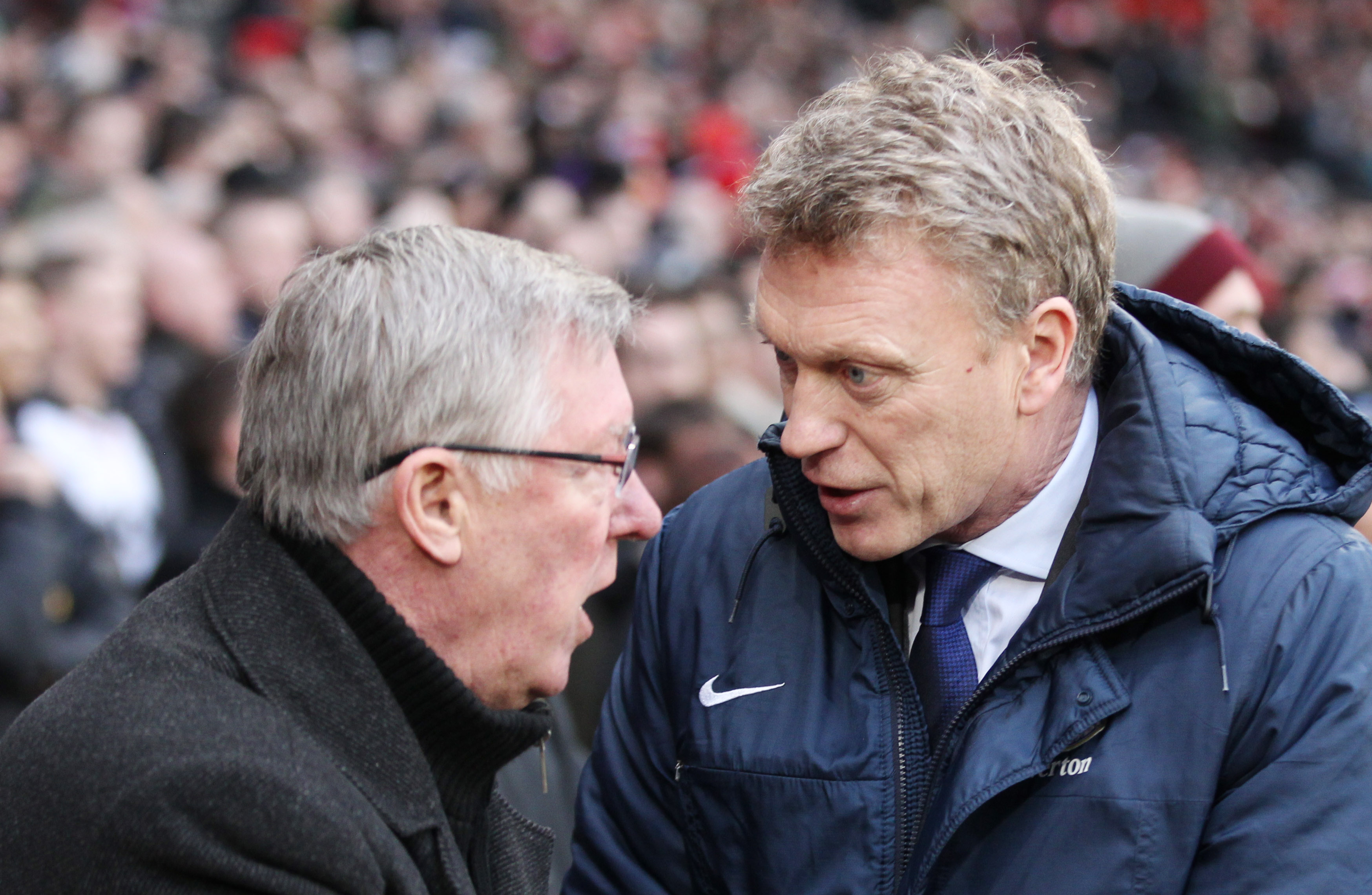 West Ham now sit fifth in the Premier League and will break into the top four if they win their games in hand.

A shock win at Old Trafford and a victory in their game in hand would see Moyes' boys draw level with his old club on points with nine games to go in the season.