Teenage Australian flag-bearer Alex de Minaur is safely through to the second round of the Australian Open at Melbourne Park. 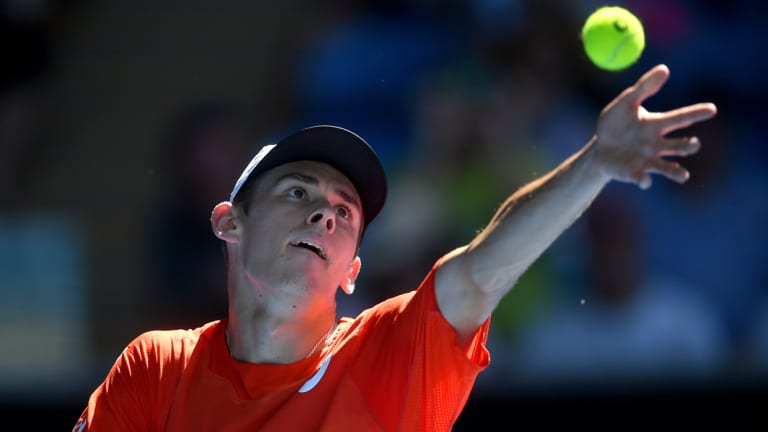 Alex de Minaur easily won through to the second round.Credit:AAP

This result was only to be expected, since Sousa at No.103 is the lowest-ranked player in the field, there only because of the absence of Juan Martin del Potro.

At 30, and after 12 years as a tennis pro, this was his first appearance in a major championship. He has never won a hardcourt match.

He was not embarrassed, but he never really threatened de Minaur, who only two days ago won his maiden title, the Sydney International.

Confidence and craft told. It ought not be forgotten that de Minaur, 19, himself is a major championships novice, appearing here for only the third time, and the eighth anywhere. There are many more to come.

"I'm very happy with my performance," de Minaur said. "I knew I had to be tough today to back it up from Sydney, and I'm proud to get it done in three sets."